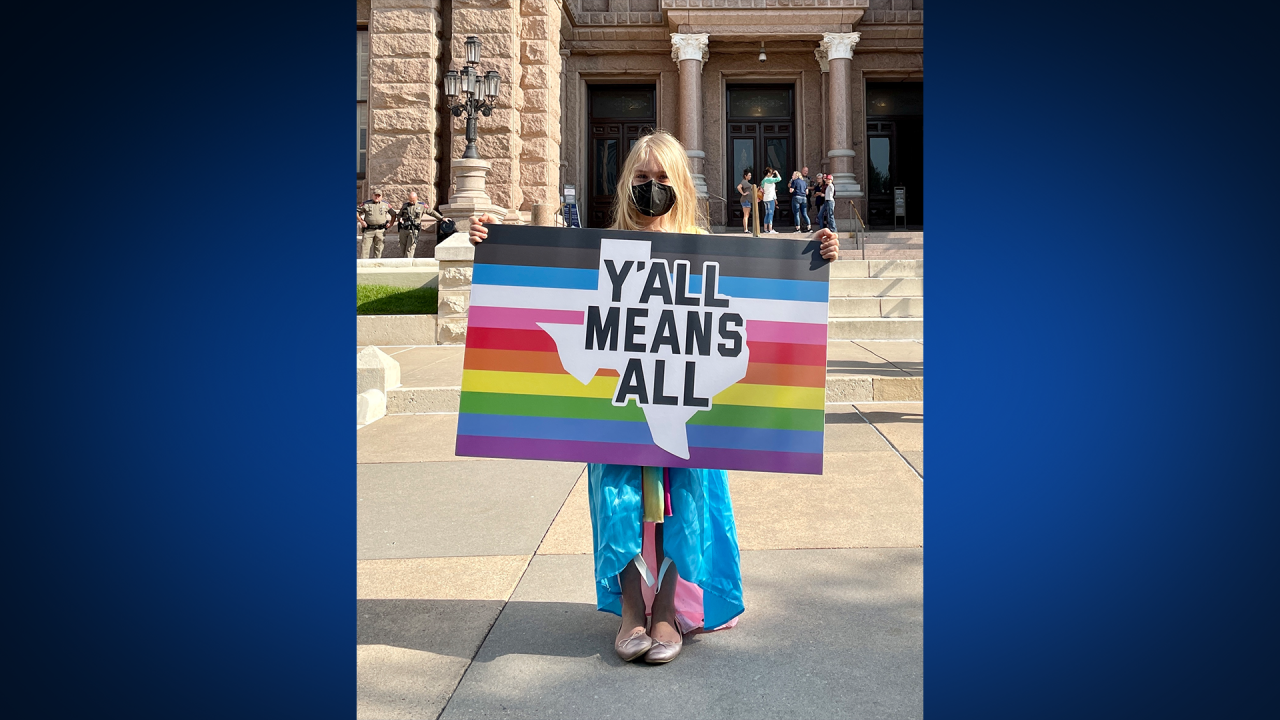 AUSTIN (KXAN) — After years of advocacy, 11-year-old Kai Shappley, a vocal transgender activist and Time Kid of the Year finalist, said she and her family have decided to pack up and leave Texas.

“My mom sold our home & everything that doesn’t fit in our car because the state I was born in is not safe for trans kids. Anyways… happy Independence Day to everyone who gets to celebrate that,” Shappley tweeted on the Fourth of July.

Kimberly Shappley, Kai’s mother, has also posted a GoFundMe which has raised more than $30,500 as of Saturday morning. In the description she said, “The goal is to get Kai & Kaleb out of Texas and into a safe state.”

Kimberly said they don’t know where they’re headed yet, but she’s thinking an “epic road trip.”

“We all wish you happiness and safety. Someday, you’ll be able to find both in Texas if you ever want to come back home. Your leadership has shown us all the way and it’s up to us now to continue your fight,” Austin Mayor Steve Adler tweeted.

Several times during the 2021 legislative session, Kai made the trip to the Texas State Capitol with her mother to testify against bills that would affect transgender Texans. Those appearances helped lead the 11-year-old to be named a finalist for Time Kid of the Year in early 2022.

“I started my activism because I thought it was unfair how they were treating us,” Shappley told KXAN in an interview then. “We’ve seen a lot of what’s going on multiple times in history, and it’s just history repeating itself over and over. It’s terrible, so I started speaking out because I wanted that to stop.”

During one Senate committee hearing in April last year, Shappley sat in front of a microphone and shared her opposition to legislation that would have criminalized providing or assisting a young person with gender-affirming health care as child abuse. Video of her two-minute-long remarks went viral on social media, and a clip of them has now garnered tens of thousands of views on Shappley’s own YouTube page.

“I do not like spending my free time asking adults to make good choices,” Shappley said in the remarks she read off her iPhone.

“It makes me sad that some politicians use trans kids like me to get votes from people who hate me just because I exist,” she added. “God made me. God loves me for who I am, and God does not make mistakes.”

Letters: Alister Jack has shown by his actions that he is Johnson’s man, not Scotland’s