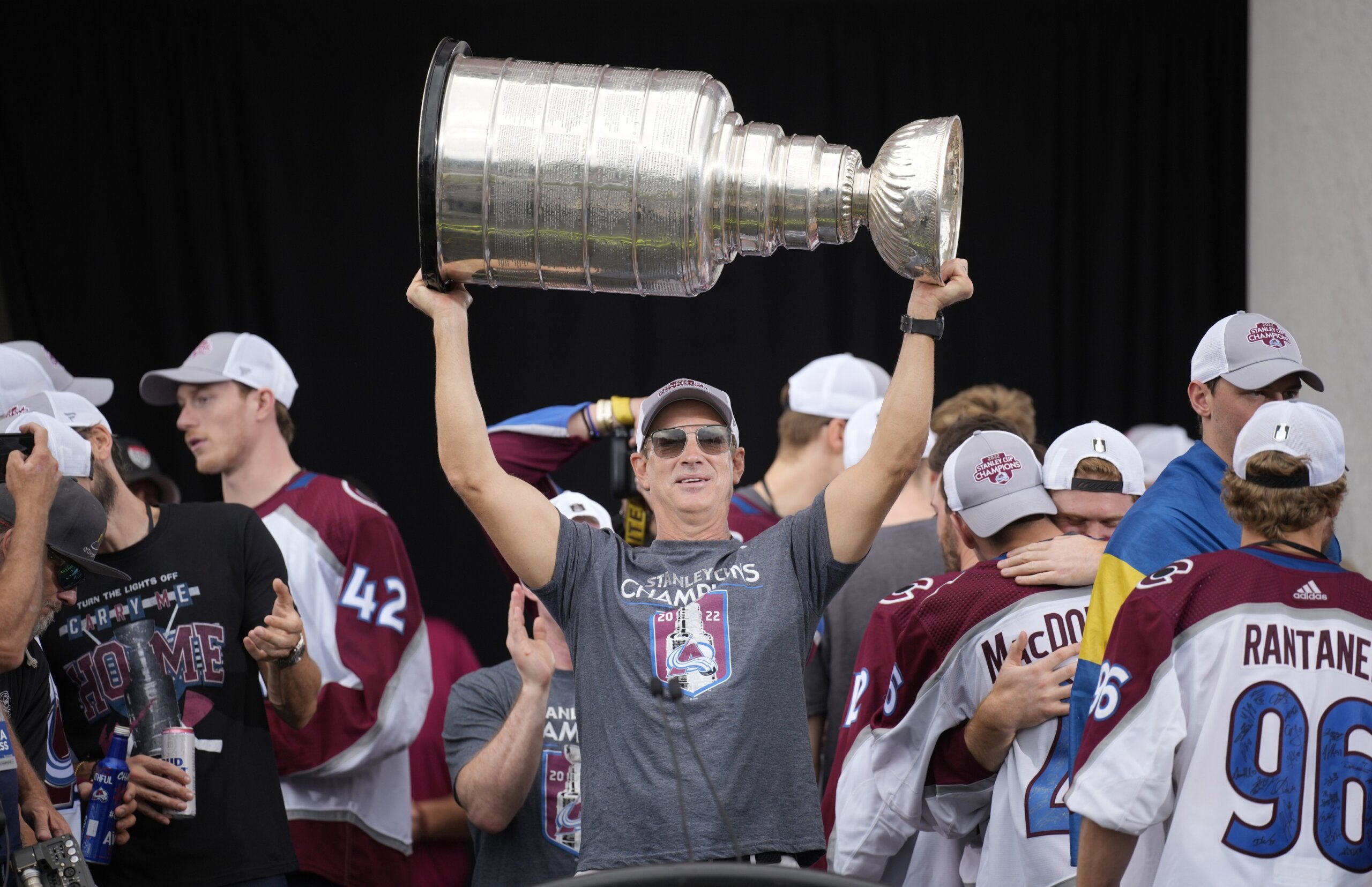 DENVER (AP) — Joe Sakic’s title has changed. His task has not: Keep the Colorado Avalanche at the summit of…

DENVER (AP) — Joe Sakic’s title has changed. His task has not: Keep the Colorado Avalanche at the summit of hockey.

The Stanley Cup champion Avalanche promoted Sakic on Monday to president of hockey operations, which means he no longer deals with the day-to-day general manager responsibilities. Make no mistake, though, he will still be deeply involved.

Sakic was the architect behind a team that captured its first title since 2001. The Hall of Fame forward-turned-front-office executive was recently honored as the general manager of the year.

To fill his GM shoes, the team promoted assistant general manager Chris MacFarland. Hired by Colorado in 2015, MacFarland has been working closely with Sakic since his arrival and helped turn the squad from a last-place finisher in 2016-17 into champions this season.

“We expect it to be hard and we’re up for the challenge,” Sakic said. “We’re going to try and build this team back up.”

Colorado capped its most successful regular season by dethroning the two-time defending champion Tampa Bay Lightning in the final. The Avalanche closed out the series in six games and finished the postseason with a 16-4 mark.

It was another title for Sakic, who was the captain of the Avalanche when they hoisted the Stanley Cup in 1996 and 2001. He became the first in NHL history to win as a captain and later as a GM with the same organization.

In Sakic fashion, though, he deflected praise.

“It’s a team award. We’ve got a great staff: Chris MacFarland is huge on this,” Sakic said at the NHL draft in Montreal last week. “We do everything together. It’s our scouts, every one of them — pro, amateur. But it’s the team, the players. They were so committed this year and the coaching staff. To me, it’s not an individual award. It’s an organizational award.”

Colorado finished with a combined 72 wins through the playoffs and regular season. That ties the league record set by the 1976-77 Montreal Canadiens and matched by the 1983-84 Edmonton Oilers and 1995-96 Detroit Red Wings.

Sakic retired from the Avalanche as a player in July 2009. He was hired as an executive advisor/alternate governor by the team in March 2011. This was his ninth season as the team’s executive vice president/GM.

The team began what figures to be a busy offseason by re-signing veteran forward Andrew Cogliano to a one-year deal. Colorado also acquired goaltender Alexandar Georgiev from the New York Rangers in a move that likely spells the end for Darcy Kuemper’s time in Denver. The Avs re-signed forward Valeri Nichushkin to an eight-year deal.

The Avalanche have quite a few free agents on their roster, including forwards Nazem Kadri and Andre Burakovsky. There’s also defensemen such as Josh Manson and Jack Johnson.

“We’re going to leave no stones unturned to try and make the team better,” MacFarland said with the free agency market opening Wednesday. “Sometimes it’s a move that makes you a little bit better and sometimes it’s more of a dramatic shift.

“Sometimes you’re going to lose players that maybe you don’t want to lose. That’s just part of it. But I think that’s part of it for just about every team in the league at some point in time.”

This helps: The Avalanche have a strong nucleus with Nathan MacKinnon, Cale Makar, Mikko Rantanen and captain Gabriel Landeskog.

Same with this — the presence of Sakic.