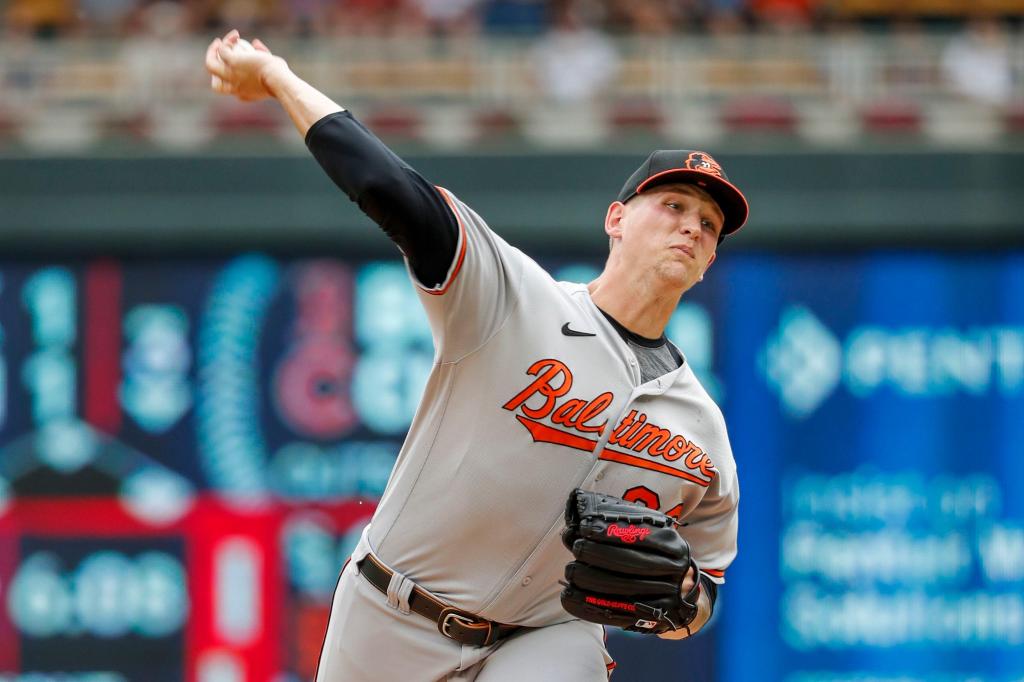 As effective as Tyler Wells has been since donning an Orioles uniform, it becomes easy to forget he was not only a player Baltimore acquired through in 2020′s Rule 5 draft, but also the second player they plucked from another organization that year in that manner.

In Wells’ case, that franchise was the Minnesota Twins, who he held to one run in six innings Sunday to lead the Orioles to a sweep-avoiding 3-1 victory at Target Field. Having selected Wells in the 15th round of 2016′s draft, Minnesota left Wells off its 40-man roster after the 2020 season, Wells’ second straight lost year between recovering from Tommy John elbow reconstruction surgery and coronavirus-related cancellations.

After Baltimore used its first pick in the Rule 5 draft on another right-hander in Mac Sceroler, they devoted a 40-man spot to Wells. As Rule 5 picks, they had to stay on the major league roster all year to remain with the Orioles. Sceroler barely lasted three months before being returned to the Cincinnati Reds. Meanwhile, Wells went from mop-up duty to the closer’s role as a rookie before Baltimore elected to make him a starter, his role climbing up the Twins’ system.

He’s handled a challenging transition immensely well. Despite the Orioles being cautious with his pitch counts and innings coming off three years in which he pitched fewer than 60 innings combined, the 27-year-old has arguably been their most consistent starter. He’s completed six innings in four of his past seven starts, posting a 1.66 ERA in that span. In his last four outings, he’s given up three runs over 22 innings, taking a no-hitter into the fifth inning of each of his past two appearances. His ERA is 3.09, the fourth-lowest by an Oriole through 16 starts since 2008.

“Wellsy, I think, sometimes flies under the radar and maybe isn’t talked about enough,” said designated hitter Trey Mancini, who hit one of three home runs to back Wells on Sunday. “But he’s done such an incredible job this year.”

With the Orioles coming off a pair of disappointing walk-off losses, Wells set career highs with seven strikeouts and 14 swings and misses. Through four innings, an error from second baseman Rougned Odor accounted for the base runner against him, though Odor made up for it in the fifth with the first of Baltimore’s three solo shots. With one out in the bottom half of that frame, Nick Gordon doubled, only the second hit Wells had allowed to the past 38 batters he faced.

After Mancini and Ryan Mountcastle hit back-to-back home runs on consecutive pitches in the sixth, Wells opened the bottom half with his first walk. A single followed, but Wells broke star shortstop Carlos Correa’s bat for a double play. Jorge Polanco worked a seven-pitch at-bat and singled to make that leadoff walk sting, but Wells recovered to close the sixth, giving Baltimore starters a 1.46 ERA over the past 13 games.

Unlike the first two games of the series, the Orioles’ bullpen made that lead stand, even without its primary backend arms.

Manager Brandon Hyde was clear after Saturday’s loss that closer Jorge López would be unavailable Sunday after consecutive blown saves, and with setup man Félix Bautista also pitching in those defeats, Hyde was without his typical late-inning right-handers.

After Wells, he went to long reliever Keegan Akin, possibly hoping he could become the first Oriole with three-inning saves in consecutive outings. But Akin recorded only one out as he struggled with his command, ending his MLB-record streak of 19 straight relief outings of at least two innings to open the season. Joey Krehbiel then recorded the next five outs, getting the game to the ninth.

Dillon Tate handled it cleanly for his second save.