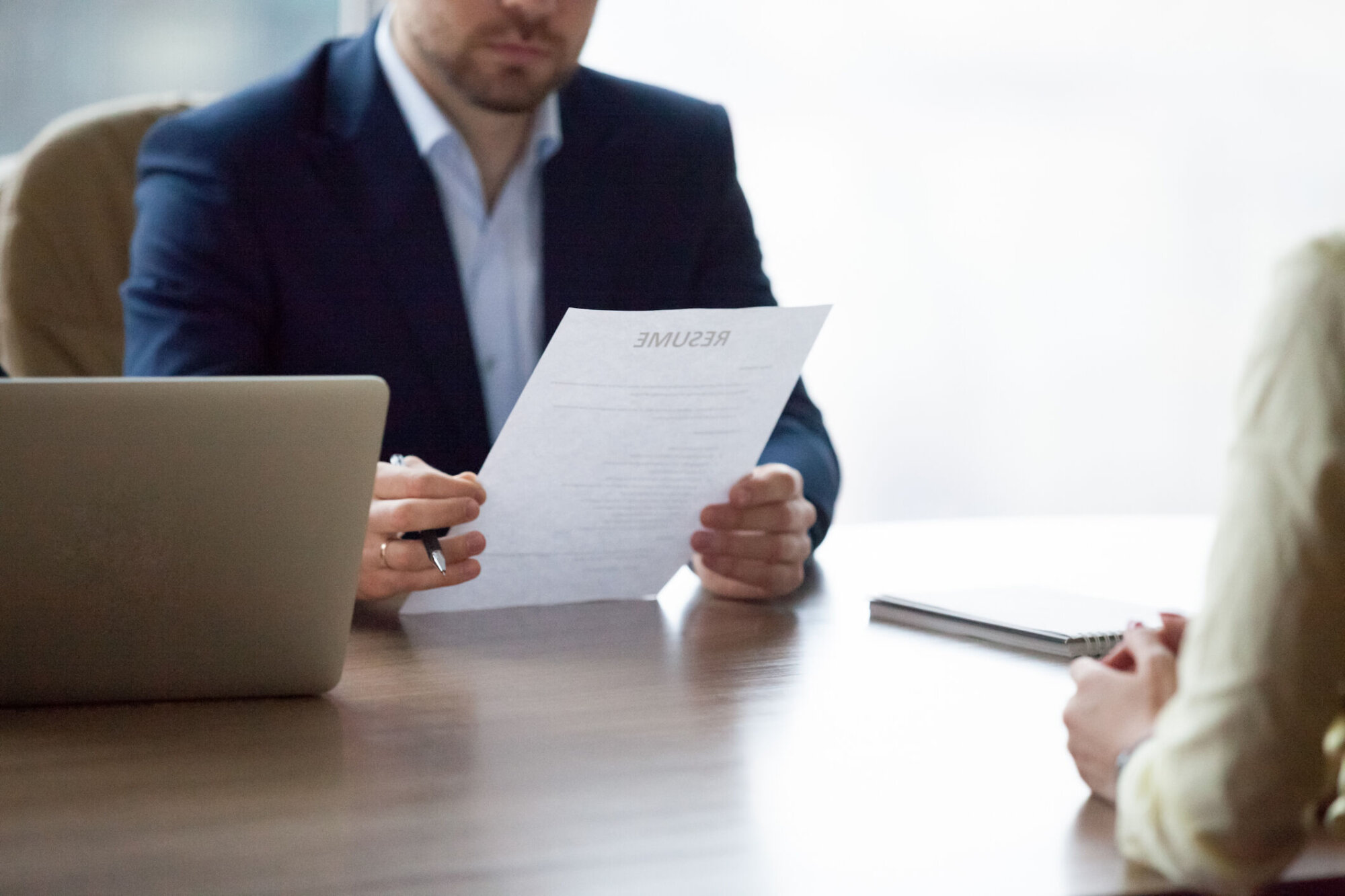 The role background checks play in keeping workplaces safe. What you need to know.

Last month, a middle school counselor was fired following the discovery that he had been convicted of soliciting prostitution from a minor while employed in Virginia’s largest school system.

In response, Fairfax County Public Schools said that it is taking steps to make sure that this does not happen again, and assured families that all staff have had reference and background checks ahead of the start of the school year.

Background investigations and reference checks are employers’ principal means of finding information about potential hires from sources other than the applicants themselves, according to the Society for Human Resources Management.

The background check stage is typically one of the final stages before a job offer is made. For applicants, what turns up in their history could affect whether they get the job; for employers, their reputation and the safety of their customers may be on the line.

WTOP talked with experts about best practices for employers and employees.

What actually shows up in a background check?

Background screening providers use identifiers — most commonly a person’s full name and date of birth — to match what they find. They also look at addresses and Social Security numbers (if they can) to match those up with the record.

A typical background check employers request includes things that are public record, such as county criminal records, federal records, credit reports (if authorized) and credentials, said Robin Farmer, the president of Screen Them, a background investigation firm based in Alexandria, Virginia. This means that traffic misdemeanors, such as reckless driving or a DWI, could show up.

These days, there’s a limit on what can be included in a background screening report, and that has to do with fair chance laws.

Background screening companies must comply with state and county laws, as well as the Fair Credit Reporting Act. Employers that use an applicant’s or employee’s background information to make an employment decision have to comply with federal laws that protect against discrimination. These laws are enforced by the Equal Employment Opportunity Commission.

One of the best known examples of limits on background screening are collectively known as “Ban the Box” laws.

“Ban the Box really started with removing the criminal history question from an employment application and requiring employers to wait until later on in the process to ask the candidate about criminal history. And that’s morphed into this concept of fair chance laws,” said Kelly Uebel, chair of the Professional Background Screening Association.

These laws regulate when an employer can ask about criminal history, when they can conduct a background check and what requirements are included or not included in a job advertisement.

Virginia, Maryland, and D.C. all have Ban the Box laws. And some counties — Montgomery and Prince George’s counties in Maryland, for example — have their own versions or similar policies.

In Montgomery County, an employer is not supposed to conduct a criminal record check to determine whether the applicant has a conviction of a misdemeanor if at least three years have passed since the conviction.

In Prince George’s County, an employer should conduct an individualized assessment, “considering only specific offenses that may demonstrate unfitness to perform the duties of the position sought by the applicant, the time elapsed since the specific offenses, and any evidence of inaccuracy in the record.”

Uebel recommends employers work with counsel to review their background screening program to make sure they are following the law, and to think about whether it would make sense to have a process where they consider each person on an individual basis, which she said a lot of companies are doing.

“There are a lot of rights for consumers under the law. And employers have a lot of obligation legally, as it relates to background checks to so it is a very regulated space,” Uebel said.

A matter of safety

Uebel said that employers generally conduct background checks for a few reasons, the first being safety.

“They want to ensure that their workplaces are safe, their consumers are safe. They also want to protect their company reputation, and help ensure that the person that they’re hiring is potentially the best fit for that role,” Uebel said.

In the case of former Fairfax County counselor Darren Thornton, several factors — including law enforcement emails sent to wrong Fairfax County Public Schools addresses — left him employed for more than a year and a half after his arrest.

As part of the next steps, the head of the school system said that she has recommended that the county review hiring processes and conduct background checks on employees more regularly.

At minimum, Farmer, with Screen Them, suggests that companies do a yearly check on their employees.

Otherwise, workers “can pass their background check, and then tomorrow, they could go commit some kind of crime, and (employers) wouldn’t even know,” Farmer said.

Thornton went through a preemployment background check when he was hired in August 2020. Three months later, he was arrested in November 2020 on a solicitation charge. Thornton would later be convicted in March 2022, and then arrested again on a second solicitation charge in June.

Best fit for the role

The other main reason employers do background checks is to make sure the person they are hiring is the best fit for the role, thus protecting the company reputation.

Last month, Mario Enzler, the dean of the business school at the University of St. Thomas in Houston resigned following allegations that he falsified his credentials, including a doctorate from an Italian school that does not offer doctoral programs and a bachelor’s degree from an Italian high school, The Chronicle of Higher Education reported.

Before coming to the Texas school, Enzler was a professor at Catholic University of America, in D.C., where he taught finance from 2016 to 2020.

A Catholic University spokesperson said Enzler was hired “based on his experience in the finance industry for the position of assistant professor of practice.”

Farmer has encountered her share of discrepancies in educational history, and she said one of the biggest mistakes employers make is taking applicants’ word that they have a degree or professional license that they say they have.

Employers “are just assuming they have it because of the position they’re in,” Farmer said. [The deception] probably started off at a lower-level job, and it just continued on. And nobody ever checks that degree.”

Janie Mockrish, a senior recruiter at JustinBradley, a recruitment company based in D.C., recommends employers go through recruiters who verify degrees and provide an “extra layer of due diligence.”

Khristie Andrus, a partner with the JustinBradley staffing firm, said many senior-level executives have not gotten degrees and one reason is generational.

A lot of people started working out of high school, and going to college was not part of their trajectory, Andrus said — it wasn’t always the natural progression many years ago.

Andrus said that a resume affords “more creativity” in how you can present yourself, but the application you fill out is a legal document. “You never want to misrepresent yourself because that could be a good reason not to be considered for a position.”

Farmer said applicants should be honest because a lot of times, the employer is more upset about dishonesty than a missing credential.

“I think people might be scared if they see that they don’t have the degree that they may not get hired. But our clients have been more upset when they find out they were lying about the degree more so  than not having the degree,” Farmer said.

Mockrish said that honesty not only goes a long way with her clients, but allows for a lot more leniency.

It’s important to be upfront, Uebel reiterated, because odds are that the employer would find the information by doing a background check. “Then you may be at risk for not getting that position, not because of your background, but because you tried to falsify your history.”

Andrus said employers should be direct in interviews. “Have you completed this? Do you have this license? What’s your degree? What is your graduation year?”

Another tip for employers: Technical questions can give a sense of whether applicants really know what they’re talking about.

“If you can’t articulate your responsibilities, those are red flags,” Andrus said.

Farmer added that having holes in a person’s resume is also a red flag. “If there’s a big gap in time, sometimes employers automatically think ‘criminal record’ or ‘They were in jail’ or something like that.”

Lastly, if something is incorrect in a background check report, people can dispute it.

“There’s a whole dispute process that goes on with a background company. They can dispute it, and then we can research it, until we come to a resolution,” Farmer said. And it’s free.

Uebel said the background screening company is obligated to conduct a re-investigation at no charge to the consumer.

“Background screening plays a really crucial part in the hiring process … This entire industry is basically born out of a desire to help protect and increase the safety in workplaces and for consumers. That’s really the driving reason most employers do conduct background checks,” Uebel said.

Michelle Williams, refuse to let others disrupt your plans

Oscars voters say they’ll never back Will Smith for ‘Emancipation’…