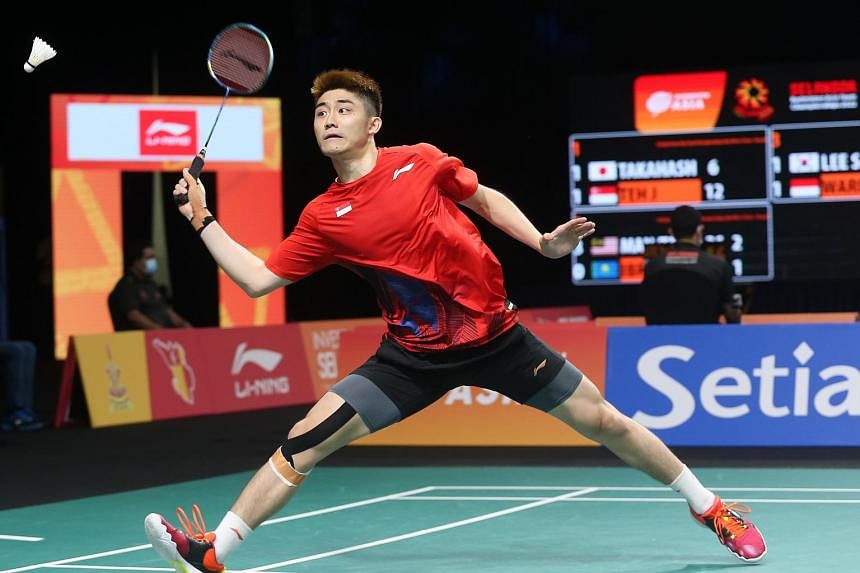 SINGAPORE – For four years, he made the daily commute across the Causeway from his Johor Bahru home to study in Singapore. As such, the Republic’s shuttler Jason Teh is no stranger to going the distance.

That quality helped the 21-year-old prevail in two marathon qualifying matches on Tuesday (July 12) to reach the main draw of the US$370,000 (S$512,000) Singapore Badminton Open.

After playing 264 points to progress to the first round on his first attempt, Teh did not collapse to the ground, but stood tall to pump his fist and salute the raucous home crowd.

“Tired lah, but I can deal with it,” he told The Straits Times.

“Even since I joined the national team at 17, I have been seeing the senior players playing in the Singapore Open. So, to be able to qualify for the main draw in front of my father and older sister and local fans is something special. I’m extra motivated and don’t want to disappoint my supporters.”

Born in Penang, Teh started playing badminton when he was four. He moved to Singapore to study when he was 11 and eventually enrolled in the Singapore Sports School.

So eager was he to play professionally, he stopped school after Secondary 4 to enlist for national service so that he could complete it as soon as possible and resume full-time training.

“Singapore Sports School’s systematic training convinced me to make badminton my career, and I wanted to do whatever I could to go as far as I can, said Teh.

While his potential is affirmed by the national selectors, as well as top-four finishes at lower-tier events in Poland, Czech Republic and Bahrain last year, it has been a rougher ride this year as he found himself throwing away good leads to lose matches.

He said: “I have been dealing with this problem since the Korea Open in April, and struggling with confidence and conditioning issues since. Today, I thought I was going to lose like this again but I just tried to focus on the rallies and I’m happy to find a breakthrough.”

Teh will meet 34-year-old Indonesian and 2013 Singapore Open champion, Tommy Sugiarto in the first round on Wednesday, and a potential round-of-16 clash with teammate and world champion Loh Kean Yew awaits.