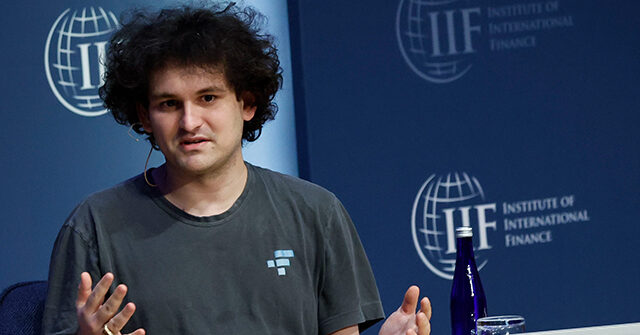 Bankrupt crypto lending firm BlockFi has reportedly filed a lawsuit against former FTX CEO and Democrat super donor Sam Bankman-Fried’s holding company Emergent Fidelity Technologies. BlockFi alleges that Bankman-Fried had put up $650 million worth of shares in Robinhood as collateral for a loan that he has since refused to pay.

Cointelegraph reports that BlockFi, the crypto lending firm that declared bankruptcy earlier this week, has filed a lawsuit against former FTX CEO Sam Bankman-Fried’s holding company, Emergent Fidelity Technologies. The lawsuit is reportedly seeking Bankman-Fried’s shares in the stock trading platform Robinhood that were pledged as collateral earlier in November.

The lawsuit was filed on November 28 in the United States Bankruptcy Court for the District of New Jersey hours after BlockFi filed for Chapter 11 bankruptcy in the same court. BlockFi is demanding that Emergent hand over collateral as part of a November 9 pledge agreement in which Bankman-Fried’s company agreed to a payment schedule with BlockFi that it has allegedly failed to pay.

Breitbart News reported this week that BlockFi has been struggling since the spring, when a number of prominent crypto businesses went bankrupt, causing the market to panic and causing a substantial drop in Bitcoin’s value. The collapse of FTX seems to have been what pushes BlockFi over the edge.

FTX signed a $400 million credit line with BlockFi in June that Zac Prince, BlockFi’s CEO, said would give the firm “access to capital that further bolsters our balance sheet.” BlockFi also gave FTX the option to purchase the firm as part of the deal.

But this agreement placed BlockFi in a financial agreement with FTX, meaning that much of BlockFi’s future was based on the stability of FTX. Since then FTX has collapsed completely after news of a number of corporate missteps and suspicious management was made public.

A few days after the news came to light, BlockFi suspended withdrawals and stated that it had “significant exposure” to FTX, including undrawn amounts from its credit line with the exchange and assets held on FTX’s platform.