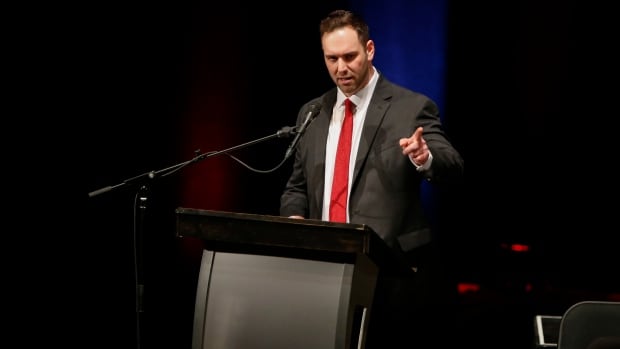 The son of late Liberal MP Jim Carr says he may seek the party’s nomination to run in a byelection expected in Winnipeg South Centre.

Ben Carr, who has spent most of his career in education but also worked on his father’s political campaigns, says he’s speaking to potential supporters as he decides whether to try his hand at federal politics.

“I’m certainly giving it some thought,” Carr said in an interview on Monday, three weeks after his father died of cancer. “I’ve always been intrigued by public service.”

Jim Carr, 71, died on Dec. 12, only a year into his third term as the Liberal MP for Winnipeg South Centre.

Ben Carr said he has spent the past three weeks with his family but has started contemplating following his late father’s footsteps.

The younger Carr ran in a Winnipeg school division byelection in 2020 — and even voted for himself in an advance poll — before the start of the COVID-19 pandemic cancelled the exercise.

He later co-chaired his father’s 2021 re-election campaign after helping out more informally in the 2015 and 2019 federal elections.

“I’ve been involved with politics in a significant way since I was very young,” he said, describing himself as a lifelong resident of Winnipeg South Centre. “I grew up in the riding, I went to school in the riding and I’ve worked in the riding.”

Carr has worked as a teacher and later a principal at schools in River Heights and the Maples. He also worked in Ottawa for former Canadian heritage minister Melanie Joly and currently does government relations work as a vice-president for Indigenous Strategy Alliance, a private consulting firm.

In the absence of any general federal elections, Prime Minister Justin Trudeau must announce a byelection in Winnipeg South Centre by June 11. The latest possible date to hold that byelection is Aug. 1.

The Liberal Party’s electoral district association for the riding is just starting to devise a candidate selection process, chair Charles Feaver said in an interview.

That process may very well determine the next MP in Winnipeg South Centre. The riding has served as reliable — but not exclusive — Liberal territory since it was created in 1988.

The Liberals have held Winnipeg South Centre for every term except 2011 to 2015, when Conservative Joyce Bateman represented the riding.

Royce Koop, a political studies professor at the University of Manitoba, calls Winnipeg South Centre a “naturally Liberal seat” that only falls to the Conservatives when broader conditions favour the right-of-centre party.

“It’s one that you expect the Liberals to hold on to when the situation is normal, but it’s winnable by the Tories,” Koop said in an interview.

“I think for the normal state of affairs, where there is normal competition, this is a Liberal seat that they have to work for, but not worry about too much.”

The Conservatives say they are eager to win Winnipeg South Centre back.

“It would send quite a message if we were able to pick it up,” said Peter Smith, president of the Conservatives’ electoral district association in the riding. “We know it’s a tough seat to win, but we think we have some momentum, nationally.”

“If the Tories nominate a high-profile local candidate and the Liberals bring in someone that doesn’t have that kind of profile, then the seat becomes much more in play than was previously the case,” he said.

A byelection in 2023 would also happen before Winnipeg South Centre’s boundaries are realigned. Proposed changes slated to take effect in April 2024 would remove Tuxedo from the west side of the riding and add the Linden Ridge and Whyte Ridge neighbourhoods to the south side.

Where to holiday in 2023: Ten amazing trips to take, from intrepid cruises to major art exhibitions