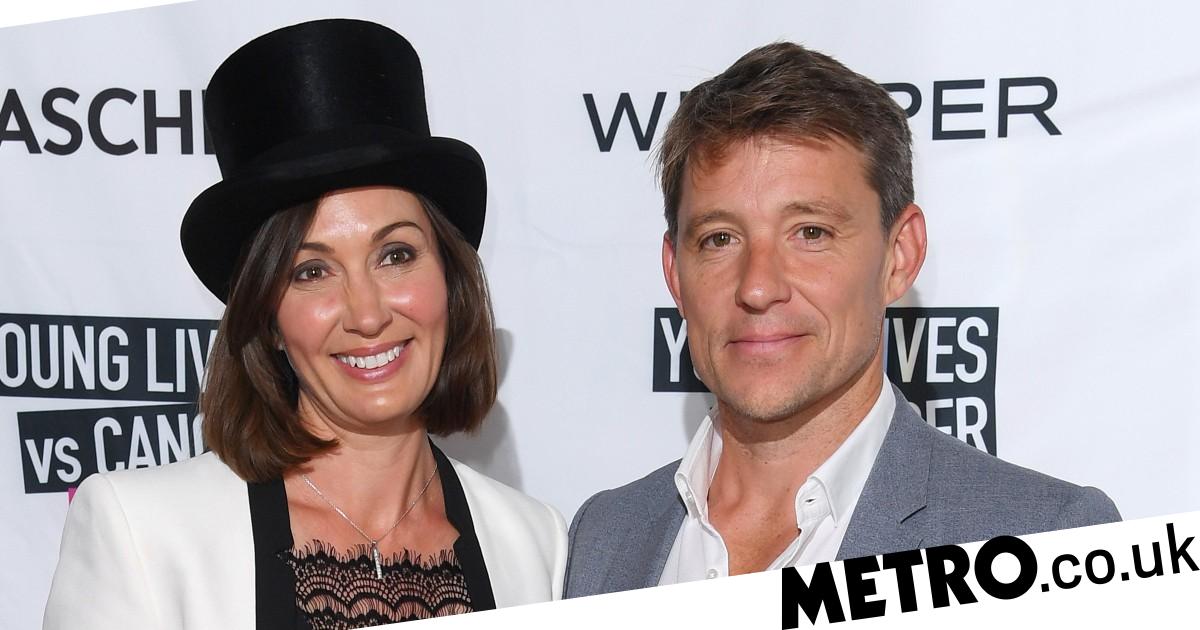 We’re all well aware of the so-called Strictly curse, but Ben Shephard isn’t even prepared to risk it.

The TV presenter has admitted taking part in Strictly Come Dancing would put too much pressure on his marriage, so he has no desire to add his name to the line-up anytime soon.

And while taking part in the glitzy dance show would surely be an exciting experience for the Tipping Point host, he’s not willing to subject himself to the scrutiny.

‘I really do think it would be a lot for our relationship,’ he told The Mirror.

‘It would be intense. Everybody’s got an opinion about your rumba or your salsa. I did the salsa with Shirley Ballas on The One Show the other week and the amount of messages I got was really overwhelming!’

Ben actually has a degree in dance, so you’d assume he’d sail through each weekend, but he isn’t so sure.

‘Everyone’s got this idea that because I’ve got a dance degree I’d be good on Strictly, but I’d be rubbish,’ he continued.

‘I did contemporary dance – standing at a bar and rolling around on the floor. It’s not charging across the dancefloor doing a quick step.’

Plenty of the Good Morning Britain presenter’s colleagues have taken part in Strictly over the years, including Kate Garraway, who danced with Anton Du Beke in series five, and Susanna Reid, who narrowly missed out on the glitter ball in 2013.

Ben has also worked with Rob Rinder, and who could forget Ed Balls and his Gangnam Style routine?

But while Ben won’t be coating himself in sequins or stepping into the spray tan booth for now, he does have plenty of praise for former co-star Helen Skelton, who is currently smashing it in series 20 with pro Gorka Marquez.

‘She’s absolute dynamite and an incredible broadcaster and an amazing mum,’ he exclaimed.

‘I’ve loved watching her do something as life affirming as dancing – I know the joy you get from dancing and the endorphins.’

However, Ben isn’t totally ruling out a Strictly stint at some point – but we might have to wait a while before he gets his tango on.

‘I’ll never say never, but now’s not the right time. It’s all consuming.’

In fact, Ben could’ve ended up a professional dancer himself if his TV career hadn’t taken off, as he quit dancing in 1998 when T4 on Channel 4 came knocking.

While he loves his job and viewers love watching him on their screens, Ben does understand that the entertainment industry can be ‘brutal’, since he was fired back in the day, just a few months into the job.

‘It was really hard coming away from that and the reality of suddenly not having an income and not having a job. But what you realise is that when something goes wrong and then when an opportunity comes along, you grab it even harder.’

As for this year’s Strictly, the heat is on for the remaining five, who will perform not one but two routines in this weekend’s semi final.

Strictly Come Dancing continues on Sunday, December 11 at 7:15pm, with a change in schedule due to the World Cup.

Is it worth the price and the hype?

Ignore ‘Pandemic Fatigue’ and Get Vaccinated