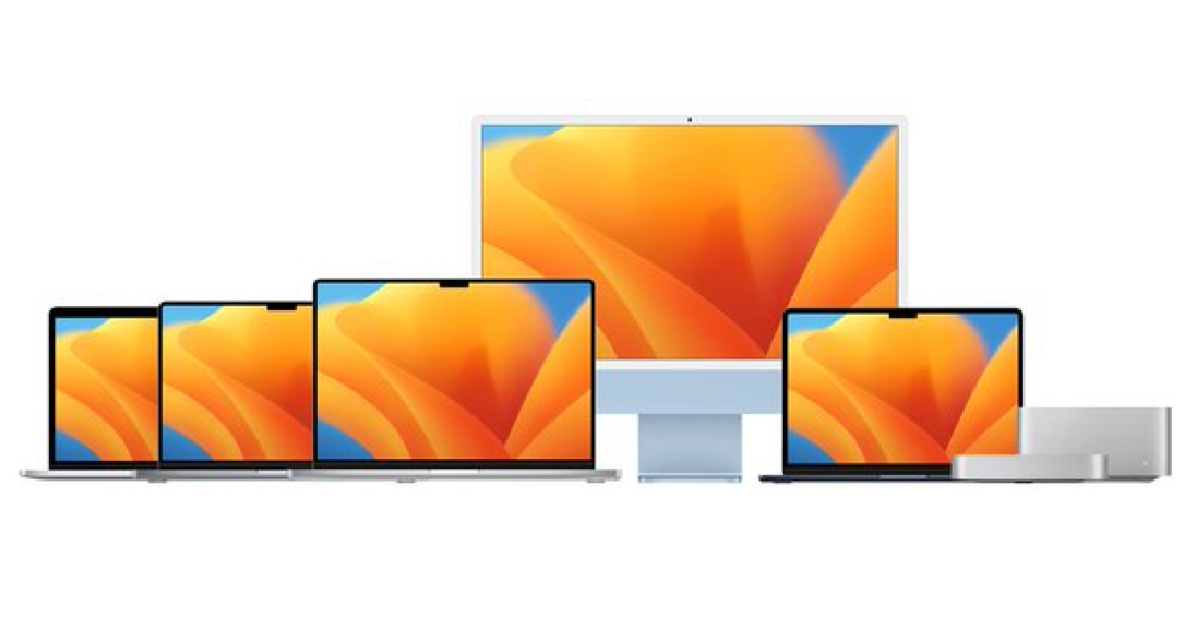 According to Cook, the new MacBook Pro and Mac Mini are equipped with the newest Apple M2 silicon chip and more game-changing performance. The new Apple Mac mini retails for $599 and the high-powered Apple MacBook Pro will retail for $1,999. Both will be available for delivery starting Jan. 24.

With the launch of these new devices, there are also tons of deals to be found on current MacBooks and other Apple tech. If you want to save on a new MacBook rather than splurging on the new M2 MacBook Pro, consider these highly-rated options.

This lightweight 2020 MacBook features the M1 chip, a Retina display, an impressive 18-hour battery life and fast performance. There is a 2022 edition out, so this is a slightly older model — however, it is unbeatable deal for a new MacBook.

A step up from the MacBook Air, the slightly weightier (three pounds) 14-inch MacBook Pro boasts a powerful active cooling system, which helps keep the 8-core CPU running fast. It delivers up to 21 hours of battery life on a single charge, and features a Retina display that’s brighter than the MacBook Air.

With its size and more powerful guts, the 16-inch MacBook Pro is aimed at professionals who need a seriously powerful laptop for graphics-intensive applications, such as video rendering and design. Just keep in mind that this machine comes with a professional-level price tag.

Check out the brand new AirPods Pro 2, now on discount at Amazon, or save big on the other top-rated models.

The latest Apple AirPods Pro 2 earbuds offer 30 hours of listening time with the included charging case. They have an upgraded wireless chip for improved audio functionality, a new low distortion driver for clearer audio and improved active noise cancellation. The Apple AirPods Pro 2 provide truly custom sound: You can use your iPhone’s camera to analyze your unique ear anatomy and find the perfect audio settings for you.

The design of the AirPods Pro 2 is fairly similar to the previous generation, but Apple has introduced touch control to the AirPods Pro 2 to help users more seamlessly control their AirPods. Users will also get a new extra-small tip with their AirPods. The case did get a notable design upgrade with a new lanyard loop and a built-in speaker to help track the location of your AirPods case.

Just about anyone will love these budget-minded Apple AirPods. They’re not the latest model, but they’re still one of the most sought-after earbud models on the market.

Retailing for $159 at Apple, they’re on sale at Walmart this week for $79. These AirPods boast more than 24 hours total listening time (with the wireless charging case), a foolproof, one-tap setup for Apple device owners and a low-latency wireless connection (for full immersion when consuming movies and music).

Apple AirPods Max use active noise-cancellation technology to block out unwanted noise and feature a transparency mode so you can hear what you need to. These headphones feature 20 hours of listening. They come in a variety of colors including blue, green, red and silver. They’re also compatible with Siri.

From the new luxury Apple Watch Ultra to the more affordable Apple Watch SE, these smartwatches make excellent additions to your tech wardrobe. They’re all on sale now at Amazon and Walmart.

The Apple Watch Ultra is designed to be a more rugged and durable option for athletes and adventurers. It provides up to 36 hours of life on a single charge with standard use, or 60 hours of battery life with the soon-to-be-released battery optimization setting. It is made with a stronger titanium alloy material for improved impact resistance. It also offers a larger (49mm), brighter display and a second speaker for better sound and display visibility during outdoor use. Apple says it’s also optimized for diving and water sports.

The Apple Watch Ultra provides enhanced GPS functionality to trace your steps and improve navigation for outdoor expeditions. There is also an action button that can be used to more accurately track your workouts by marking segments of your workout.

Apple Watch Series 8, the latest addition to the Apple Watch lineup, features the new S8 chip for improved performance. It also includes an always-on display and new watch face options. The Apple Watch 8 will has a larger battery than previous models: Battery life can be extended to 36 hours when in low-power mode. The Apple Watch 8 features a durable design and is swim-proof, dust-proof and crack-resistant.

The Apple Watch 8 has a number of health-tracking features, including an optical heart sensor, electrical heart sensor for ECG, blood oxygen sensor and a new body temperature sensor.

The Apple Watch 8 is available in 41mm and 45mm sizing options. Shoppers can choose between stainless steel or aluminum casing and several different colors.

The Apple Watch SE, the most affordable model in the Apple Watch lineup, is even more affordable now with this deal at Walmart. The smartwatch offers a 40mm screen and boasts a wide range of health and fitness features. It can also be used to play music, check your tests and make calls when paired with your iPhone.

Find these iPads on sale at Amazon and Walmart in 2023.

The 10.2-inch iPad 9, released in 2021, is the most affordable of Apple’s iPad offerings. It offers a 8 MP wide-angle back camera, and a 12 MP ultra-wide-angle front camera. It boasts stereo speakers, too. This iPad is powered by a A13 Bionic chip. It boasts up to 10 hours of battery life, and is compatible with the Apple Pencil ($99) for drawing or note-taking.

The latest edition in Apple’s classic iPad lineup is the iPad 10th generation. This 10.9-inch tablet features a Liquid Retina display with Apple’s True Tone technology. It has Apple’s A14 Bionic chip, an upgrade from the iPad 9’s A13 chip. The iPad 10 is compatible with Wi-Fi 6 and 5G internet for fast performance. It also offers all-day battery life, so that you can easily take it to school, work or on your holiday travels without having to worry about plugging it in mid-day.

The new iPad 10 comes in four vibrant colors: yellow, pink, blue and silver. You can also choose between 5G cellular and WiFi-only models. Pricing varies by color, andright now you’ll get the best deal on the yellow model.

The latest iPad Pro comes with several major upgrades. One of the most notable changes is that the 2022 iPad Pros are equipped with the M2 chip, the same fast and powerful chip included in the latest MacBooks. The M2 chip makes this the fastest iPad yet — and an excellent choice for video editing, streaming or gaming.

Apple made some improvements to the writing and drawing experience on the new iPad Pros as well. When used with the Apple Pencil 2, the iPad Pro provides a more effortless experience. The Apple Pencil can now be detected up to 12 mm above the iPad Pro display, which allows users to draw with more precision and preview marks before they make them. It also makes it more efficient for the iPad to register handwriting and convert it to text with the Scribble app.

The new 11-inch iPad Pro comes in silver and space gray. It is priced at $769 on Amazon now, $30 below the list price of $799. Pricing increases based on storage and connectivity selections.

Want a bigger screen? No problem. Apple also released a 12.9-inch model of the new iPad Pro. The larger model includes all of the same updates as the 11-inch iPad Pro, including the M2 chip.

The 12.9-inch iPad Pro comes in silver and space gray. You can choose from four storage options and can select either the cellular or Wi-Fi connectivity options.

Walmart is rolling back the price of the 4.8-star-rated Apple iPad Air 5.

Introduced in 2022, the 10.9-inch Apple iPad Air 5 is the latest in the lightweight iPad Air line. The iPad Air 5 offers performance up to 60 percent faster than the prior model, thanks to Apple’s turbo-charged M1 chip. The device boasts a 12 MP wide-angle back camera that supports 4K video. It also offers touch ID, and Apple’s Liquid Retina display.

The iPad Mini 6 is a compact tablet with an 8.3-inch Liquid Retina display screen. Released in 2021, the Apple tablet is powered by an A15 Bionic chip. It features a 12 MP wide-angle back camera, and a 12 MP ultra-wide-angle front camera. It boasts landscape stereo speakers. Available in four colors.

Note that the Apple iPad Mini is not compatible with Apple’s external Magic Keyboard. It can, however, be used with other Bluetooth-enabled external keyboards.

A Belgian jewel: Antwerp, the city of diamonds, offers fabulous galleries and…