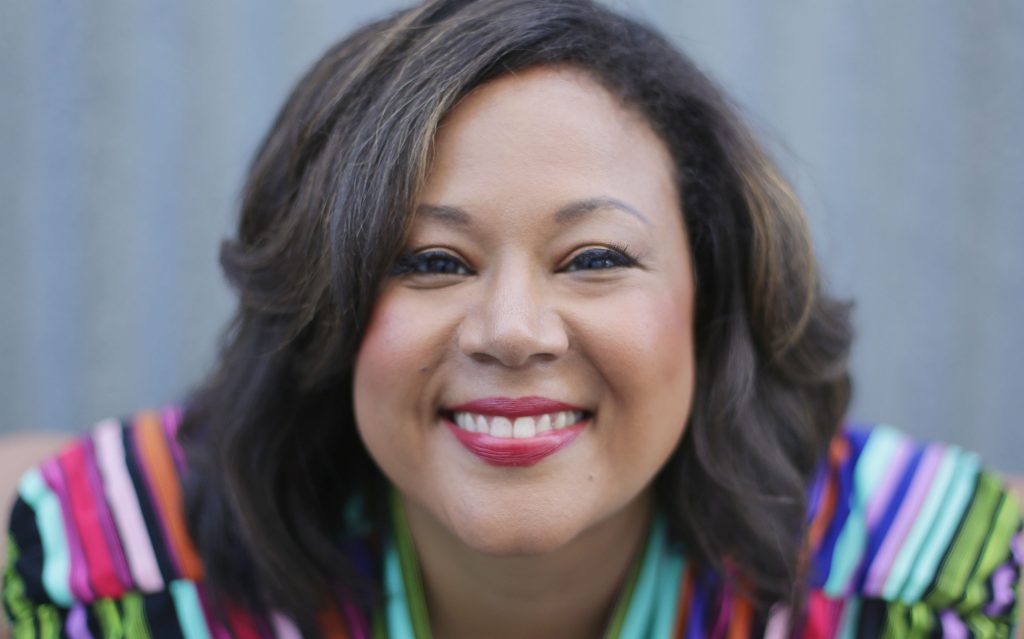 Take one Napa Valley winery owner, add an ill-advised McDreamy hook-up, and you’ve got either a very frothy rom-com or a very messy workplace relationship. Or in the case of Jasmine Guillory’s newest novel, both.

The best-selling modern romance novelist — and former Oakland lawyer — has been praised by everyone from New York Times and Washington Post reviewers to Shondaland and Reese Witherspoon, via her Hello Sunshine book club.

Guillory, a Stanford University law school alum, was several years into her law career when  she realized something was missing in her life.  She decided to try writing and quickly fell in love with what was then simply a new hobby.

“I looked forward to working on my book every night,” she says. “I thought about it all the time.”

In 2015, Guillory submitted the first half of a draft for her first novel, “The Wedding Date,” to NaNoWriMo — the annual National Novel Writing Month project for aspiring authors. With their support in hand, a book deal soon followed. She published that novel and two more while still working full time at her law firm.

Flash forward, and Guillory is now a full-time author who has just published her eighth book, “Drunk on Love,” which offers an intoxicating romance set at a Black-owned Napa Valley winery. Specific locations may vary from book to book, but every Guillory novel has been set in California.

“I grew up here,” she says, “and I feel like so much of the media doesn’t reflect the California that I know and love, and that I’ve been a part of my whole life. We have such diverse communities, full of all different kinds of people. I started thinking about Napa Valley, and it all just clicked. It’s such a beautiful and unique location, but it’s also got this reputation about it. People often about talk it like a haven for rich people and tourists, but I wanted to think about what it would be like for the people who really live there and work there on a day to day basis.”

The novel follows the story of winery owner Margot Noble, who goes out for drinks one night with a friend. She meets a charmer named Luke, and after hitting it off with great conversation, has a fabulous one-night stand with the suitor … or so she thinks. Her world soon gets turned upside down when she goes in to work the next morning and meets the winery’s newest hire. Of course, it’s Luke.

The book offers up a fun and frothy story that poses a serious question: What’s most important, doing what you love or being with the person you love?

The romance genre appealed to Guillory from the start, she says, both because of the mix of stories you can tell and the stories she never saw told.

“Romance novels at their core are really about character, really thinking about who these people are and how they came to find one another,” she says. “Growing up, I didn’t see a lot of Black women represented in those stories. When I was little, most of the books I read about Black women were about the struggle. Obviously, there’s a place for those books, but I what I really love is seeing Black women get their happy ending.”

As she redefines what Black literature can be, she’s branching out, too. Her other projects include a “Southern Belle Insults” short story series with Keke Palmer, a “Black Love Matters” essay anthology, and a collaborative novel, “First Street,” about four recent law school graduates clerking for the Supreme Court.

“Literature in general has really been dominated by whiteness,” she says. “Over the past little while, publishing has started to be more diverse and pay more attention to communities of color, but these communities read all the time, and as those books sell more, publishing is opening its eyes.”

“Partners in Crime” by Alisha Rai: This whirlwind romance offers shady characters, sultry settings and a love story with a splash of danger.

“Counterfeit” by Kirstin Chen: Plotting meets Prada in this story of fashion, friendship and crime, centered on a pair of Asian American women who hatch a scheme to make it big selling counterfeit handbags.

“On the Rooftop” by Margaret Wilkerson Sexton: This nostalgic novel tells the hopeful story of a struggling black family living in San Francisco’s Fillmore neighborhood during the 1950s.

“Yerba Buena” by Nina LaCour: This lesbian romance is a beautiful story of two star-crossed women circling in the same orbit, but struggling to truly find one another.

“Bomb Shelter” by Mary Laura Philpott: Philpott’s powerful memoir recounts the experiences of a woman who lost her teenage son.

Explainer: Why your phone and other gadgets can lose up to half their battery life in cold weather

Colin Farrell, Brendan Gleeson on “The Banshees of…