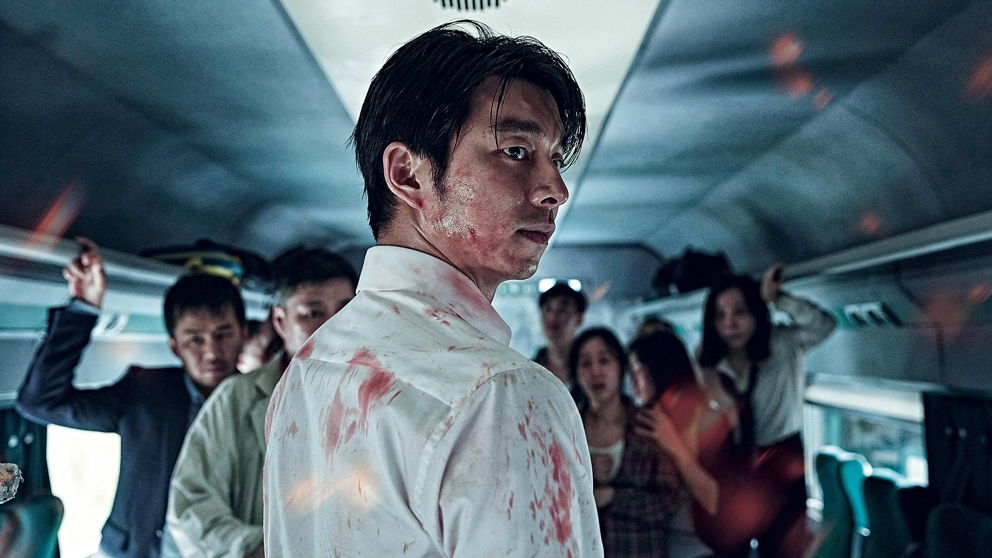 Cinema has a long history of popular movies set aboard choo-choos. Given this, it’s no surprise that Bullet Train –about assassins and thieves pursuing a McGuffin on a train headed from Tokyo to Kyoto — did brisk business during its first weekend in theaters, despite lukewarm reviews. Brad Pitt in the lead role surely didn’t hurt the box office either.

Perhaps audiences are drawn to these films because trains are inherently cinematic. Sleek, modern, containing multiple human stories simultaneously, and thundering toward a final destination, trains have a lot in common with movies. Below we celebrate ten classics set aboard locomotives.

Buster Keaton’s silent epic (co-directed with Clyde Bruckman) was not a hit during it day, but has since become considered one of the greatest of all films, not least because of the incredible action choreography that has influenced generations of filmmakers including George Miller and his Mad Max films.

Keaton the actor stars as a Confederate railroad engineer who becomes embroiled in a Civil War plot that gives Keaton the director excuses to stage amazing train chases that include crashing a real locomotive into a river — surely an inspiration for the similar scene in The Bridge on the River Kwai. The most expensive silent film ever, The General became the template from which every action comedy has sprung. 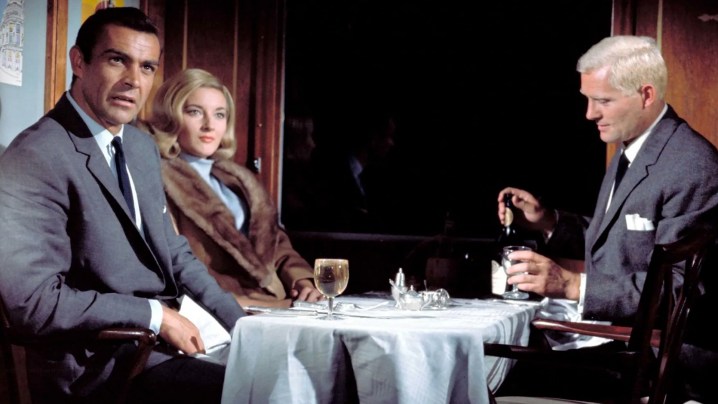 Often considered among the best James Bond films — including by actors who have played Bond — From Russia with Love is a subdued and elegant affair, at least by Bond standards. Much of the action takes place on the Orient Express (yes, that one) and features Bond trying to outwit and outmuscle the SPECTRE assassin, Red Grant (a bleached blonde Robert Shaw), while shaking and stirring up a romance with Tatiana Romanova (Daniela Bianchi, also very blonde) who may or may not be a Soviet spy.

From Russia with Love is one of the few Bond films that depend more on plot than action for its storytelling effects, allowing the train scenes especially to unfold with rare leisure. Like all the early Bond films, the movie is shot in glorious Technicolor, which makes the Turkish locations look especially stunning. 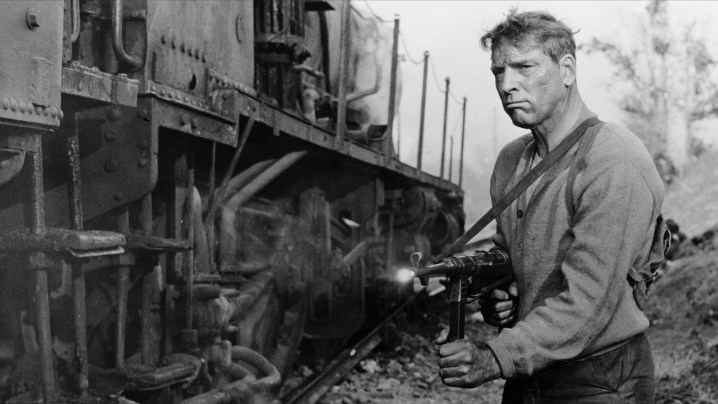 Director John Frankenheimer’s forgotten masterpiece is a tough, gritty piece of work starring Burt Lancaster as a French resistance fighter who attempts to stop a Nazi Colonel (Paul Scofield) from looting France’s great art works and sending them by train to Berlin. Though made in 1964, the movie’s high contrast black and white photography gives it a timeless feel, as does the use of beautiful old locomotives from the pre-War era.

Lancaster is about as convincing a Frenchman as Peter Sellers doing Inspector Clouseau in the Pink Panther movies, (and at least Sellers attempts a French accent). But it hardly matters. He brings every ounce of his muscular charisma to a movie that delivers realistic war action and thoughtful themes about the value of art and culture vs. human life. 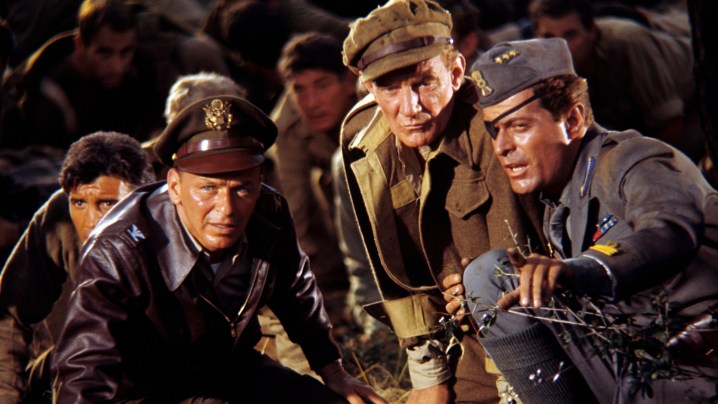 More WWII train action! This handsomely mounted production stars Frank Sinatra as an American air colonel, Joseph Ryan, who finds himself leading an Allied escape from an Italian prison camp alongside a skeptical English officer (Trevor Howard) who questions his leadership. Nazis capture the escaped soldiers and put them on a POW train to Berlin, but of course Ol’ Blue Eyes commandeers the train from their captors.

From there, it’s a race to Switzerland, with Ryan and his men having to outwit and outfight the Germans at every turn. The movie makes beautiful use of the Spanish and Italian countryside and the extended climax featuring Messerschmitts attacking the train as it hurtles over a mountain pass is as exciting and technically accomplished as anything in the genre. 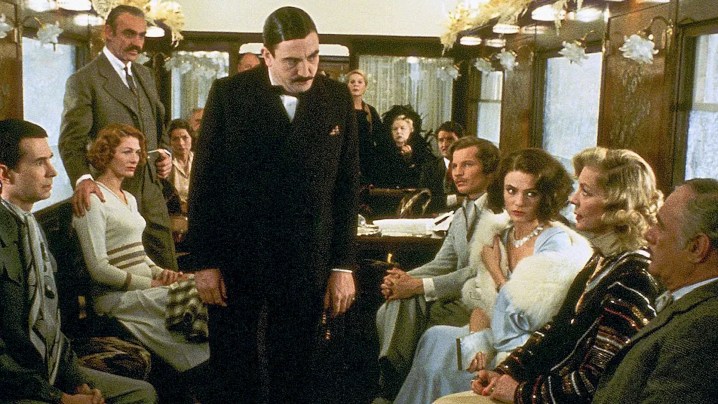 The original film adaptation of Agatha Christie’s classic mystery novel about members of the landed class stranded on a snowbound train who are lucky enough to have Hercule Poirot (Albert Finney), the world’s greatest detective, aboard when murder breaks out. (Or are they? No spoilers here!)

Sidney Lumet was an inspired choice as director, given the more contemporary crime movies he made during the same period, Serpico and Dog Day Afternoon. And with apologies to the talented cast of Kenneth Branagh’s 2017 version, Albert Finney, Sean Connery, Lauren Bacall, and Ingrid Bergman bring heaps more star power than Branagh, Willem Dafoe, Penélope Cruz, and Daisy Ridley. The elegant film was a critical and commercial hit and earned a clutch of Oscar nominations including Best Actor for Finney and Supporting Actress for Bergman, who won.

Jon Voight and Eric Roberts earned Oscar nominations for this bruising action drama about two escaped convicts who find themselves barrelling across the snowy Alaskan wilderness after they commandeer a train that loses both its conductor and its brakes.

It’s actually not a full train, but four locomotives strung together, and stopping them is basically an impossible feat, explains the one railroad worker aboard (Rebecca De Mornay). The movie skillfully piles up the obstacles and complications as the three nonetheless try to stave off a wreck, while prison authorities attempt to recapture the fugitives via helicopter and dispatchers work to prevent catastrophe from the ground. The way the train thunders along, completely impervious to human will, becomes an allegory for that out-of-control choo choo otherwise known as life. 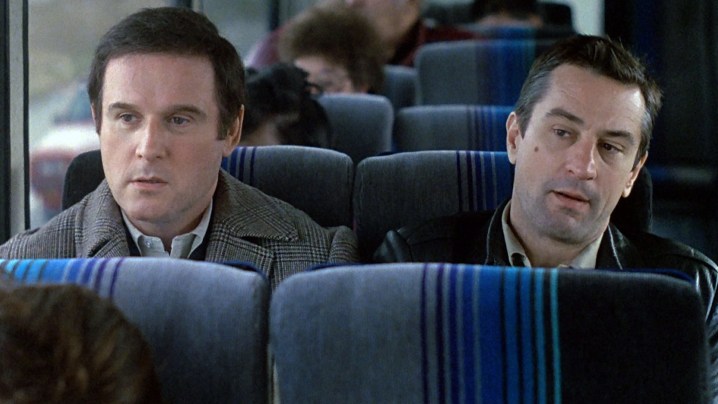 Though not a train movie per se, the classic road trip features two indelible train sequences. The first, set on an Amtrak, showcases the actors’ incomparable comic chemistry as Mardukas criticizes Walsh’s lifestyle choices and Walsh threatens to shove his head in the toilet. Later, the men hop a freight train and lament life’s bummers around a boxcar bonfire, while also confessing their attraction to chickens. 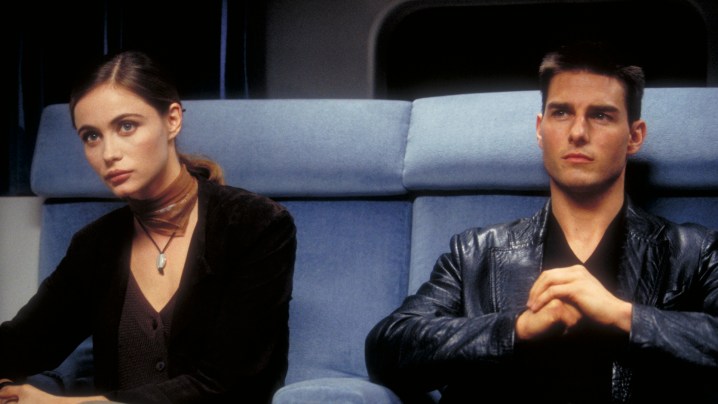 The one that started it all, and who knew it would virtually never end? The series, based on the 1960s TV show, became known for its outrageous stunt sequences, often performed by Tom Cruise himself as Agent Ethan Hunt of Impossible Mission Force. The big sequence in the first film is the climax set aboard a speeding train that drags a helicopter with it into the Chunnel (the underwater tracks beneath the English Channel).

The special effects look a bit dated, especially compared to the utterly amazing sequences in more recent Mission Impossible films, such as Cruise climbing the side of the world’s tallest building, the Burj Khalifa in Dubai, in Ghost Protocol (2011). But it’s still pretty exciting, and the wind and G-Forces contorting Cruise’s face impressively convey how fast these high-speed trains really move. 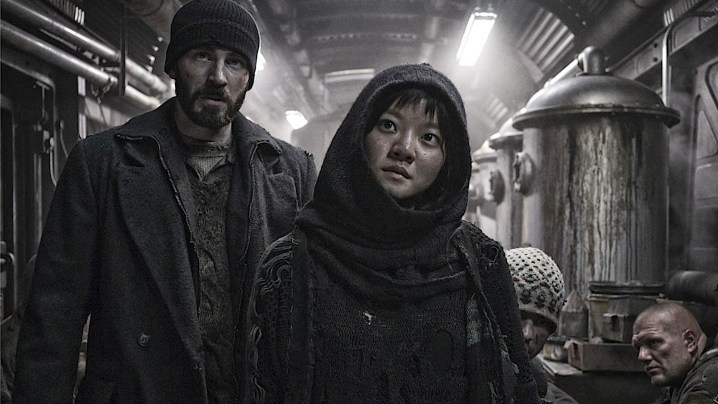 Bong Joon-Ho’s modern sci-fi classic uses a train as an allegory for a world riven by class differences. Perhaps it’s a bit of an obvious one, given that trains are already stratified into economic classes based on fare, but it doesn’t matter when it’s this effective. The train in Snowpiercer also has the distinction of being the last one in the world, chugging humanity’s few survivors through a climate change-induced ice age that can no longer sustain life.

Chris Evans plays the leader of the proletariat who occupy the wretched rear of the train and eventually revolt against their oppressive overlords (which include Tilda Swinton as a nasty fascist in oversized glasses). As they commandeer the locomotive car by car, they are stunned to discover the lush and opulent environments of the rich. Joon-Ho imagines a chilling Orwellian dystopia which — like any Marxist manifesto worth its salt — suggests that to start fresh you need to wreck the whole machine.

Zombies on a train? Any New Yorker will tell you it’s a common experience, especially before 9 a.m., though perhaps not quite so deadly as the zombie apocalypse that breaks out during a high-speed trip from Seoul to Busan in this movie. Like many Korean films, Train to Busan has a father at its heart (Gong Yoo) who must protect an adorable child (Kim Su-an), thereby learning to be…all together now…a better man.

Given their essential inertness as characters, you’d think that zombies would have worn out their welcome as horror subjects long ago. But their persistent popularity means that filmmakers continue to invent new scenarios in which the bloody-mouthed louts can mindlessly infect their brethren. Train to Busan is one of the most inventive and entertaining thus far and makes a perfect capper to our classic movies about trains list.