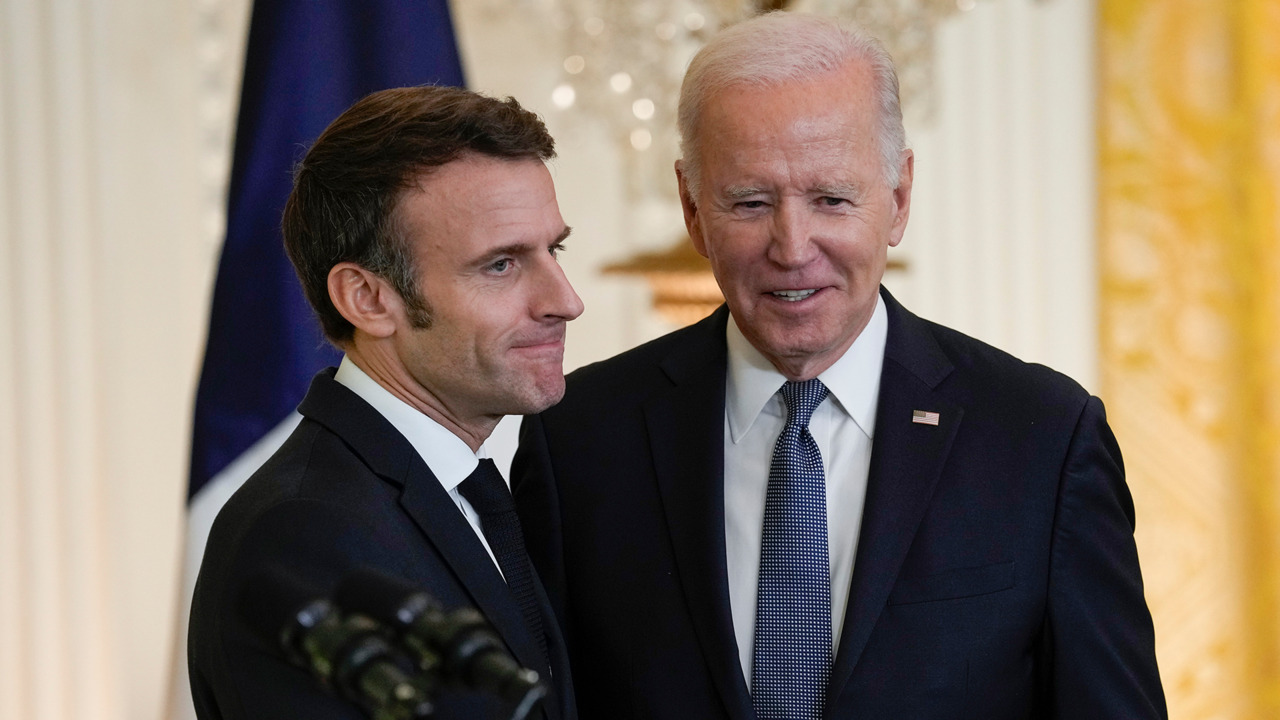 Macron also sounded an optimistic note on the dispute, saying he and Biden agreed to “resynchronize our approaches” to providing government support for critical industries such as semiconductors, electric vehicle batteries and and hydrogen energy.

“Everything that is absolutely decisive, because as a matter of fact, we share the same vision and the same willingness,” Macron said.

French and European officials have raised a number of concerns over the $369 billion in new subsidies provided for clean technology and renewable energy in the Inflation Reduction Act. They argue the threat to European industry posed by the new law is also coming at a particularly bad time, with European consumers and businesses already struggling with high energy prices as a result of the war in Ukraine and facing the prospect of a recession next year.

Macron has led calls for the 27-nation European Union to move ahead with its own package of green subsidies under the banner of “Buy European,” a move that a Biden administration senior official signaled that they could support.

Much of the European ire is directed at an IRA requirement that electric vehicles must have their final assembly in North America to qualify for a $7,500 tax credit. That has eliminated many European models that previously qualified, and even more could be excluded when additional domestic content provisions take effect, beginning in January.

The Treasury Department is currently developing guidance for how it will implement that tax provision, and Biden referred specifically to language that provides better treatment for countries that have a free trade agreement with the United States as one area where the law could be implemented in a flexible manner.

“That was added by a member of the United States Congress who acknowledges that he just meant allies. He didn’t mean literally free trade agreement. So there’s a lot we can work out,” Biden said.

That would solve some of the EU’s problems, since it doesn’t have a free trade pact with the United States. However, there is still the bigger problem that many of the cars that European companies sell in the United States are assembled in Europe, disqualifying them for credit because of the North American assembly requirement.

Biden did not say how that could be addressed, but U.S. lawmakers in recent days have said the administration is considering giving automakers more time to comply with the IRA provisions. That’s an issue that the France and other EU member states will continue to discuss with the United States through a recently established bilateral task force.