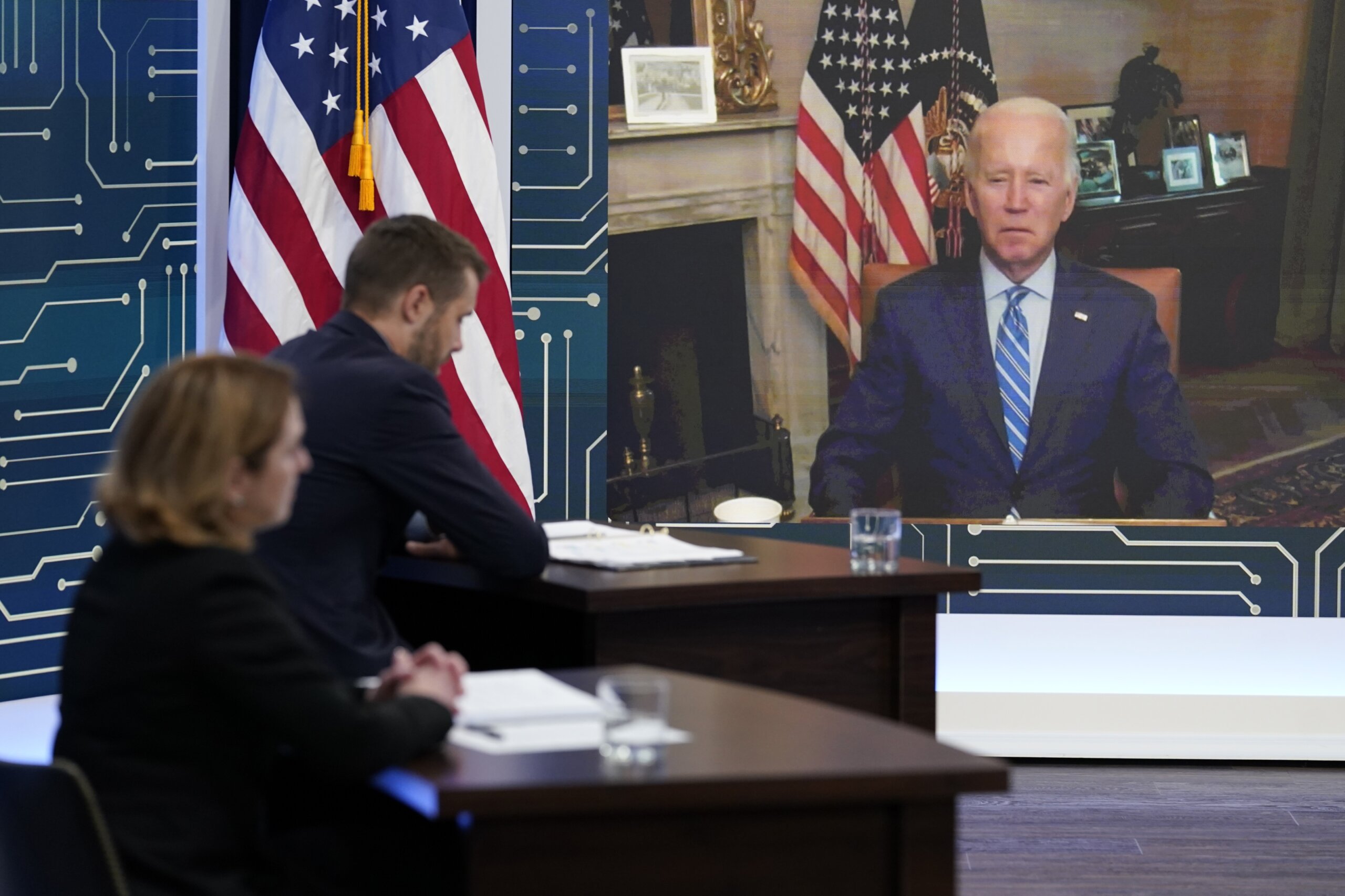 Facing a potentially grim report this week on the economy’s overall health, President Joe Biden wants to convince a skeptical…

Facing a potentially grim report this week on the economy’s overall health, President Joe Biden wants to convince a skeptical public that the U.S. is not, in fact, heading into a recession.

The Commerce Department on Thursday will release new gross domestic product figures. Top forecasts such as the Atlanta Federal Reserve’s GDPNow are predicting that the figure will be negative for the second straight quarter — an informal signal that the country is stuck in a downturn. That’s political chum for Republicans in an election year.

The Biden administration is pre-emptively telling voters not to judge the economy by GDP or inflation alone. It says people should look at job gains, industrial output and other measures that point toward continued growth, even as Americans are downbeat in polls on the economy and Biden. The president maintains the economy is just cooling off after a sharp recovery from the 2020 recession caused by the coronavirus pandemic.

“We’re not going to be in a recession, in my view,” Biden said Monday. “My hope is we go from this rapid growth to steady growth.”

The specter of a recession could worsen what already appears to a bleak round of midterm elections this November, in which Biden’s Democrats could possibly lose control of the House and Senate. Biden’s team gave technical arguments in a report issued last week about how recessions depend on a dashboard of indicators and that only the non-governmental National Bureau of Economic Research can formally say when a downturn begins.

Republicans warn that the GDP report could show an economy in collapse, noting that Biden was also wrong on inflation as the consumer price index has jumped to a 40-year high despite assurances that the price increases would fade as the country moved past the pandemic.

“The White House published a whole explanation insisting that even if the new data suggest that our country is in recession, we actually won’t be,” Senate Republican Leader Mitch McConnell said in Monday in a speech to the Senate.

“The same people who said inflation wouldn’t happen,” he continued, “are now insisting we aren’t headed into a recession. Draw your own conclusions.”

The GDP report will likely be a “choose your own economy” kind of messaging in which voters will decide which numbers resonate with them the most. It’s GOP bluntness against Democratic nuance.

“You’ll have Republicans saying two consecutive quarters of negative growth — that’s a recession,” said Michael Strain, director of economic policy studies at the center-right American Enterprise Institute. “And you’ll have Democrats making this kind of hard to follow argument that we’re not in recession, but, yes, we are slowing down. If I had to bet, I would bet that the Republican argument gets more traction.”

Not only is the likely GOP message more direct, it also leans into how many Americans feel right now.

A July poll from The Associated Press-NORC Center for Public Affairs Research found that 83% believe the U.S. is going in the wrong direction. That’s a sharp reversal from May of 2021 when 54% said the country was headed in the right direction, a level of approval that overlapped with an increase in vaccinations against COVID-19 and payments flowing from Biden’s $1.9 trillion pandemic relief package.

Separately, the University of Michigan’s index of consumer sentiment is lower now than it was during the worst months of the 2008 financial crisis, an epic recession that involved the crash of the housing and stock markets and required a burst of government aid.

The negativity has left the Biden administration trying to make the case that things are better than people think. Their argument starts with the torrid pace of hiring, with an average of 375,000 jobs being added monthly during the second quarter. Unemployment has held at 3.6% since March.

An alternative measure of the overall economy called gross domestic income contradicts GDP, showing that there was growth during the first three months of the year instead of decline. And gasoline prices, a core vulnerability for Biden, have fallen more than 60 cents a gallon since the middle of June, evidence that some inflationary pressures are easing.

“When you’re creating almost 400,000 jobs a month, that is not a recession,” Treasury Secretary Janet Yellen said Sunday on NBC’s “Meet the Press.”

Still, inflation has undermined the robust job market. Wage gains have failed to keep pace with price increases, meaning many people are effectively earning less money. There are also economic threats from abroad as China and many European economies are slowing down in ways that could spill over to the U.S. as the Federal Reserve is focused on raising interest rates in order to lower inflation.

But so long as hiring continues, liberal economists believe that public opinion will change and fears of a recession will fade. The White House analyses are “grounded in data,” said Heidi Shierholz, president of the liberal Economic Policy Institute.

“People will understand that if we continue to have extremely low unemployment that the idea we’re in a recession just doesn’t make a lot of sense,” she said.

OECD: War in Ukraine to drag on global economy into 2023

How can I get rid of rash on my hands? DR MARTIN SCURR…

Student debt plan could cost $400B