Bidens head to US Virgin Islands for holiday break 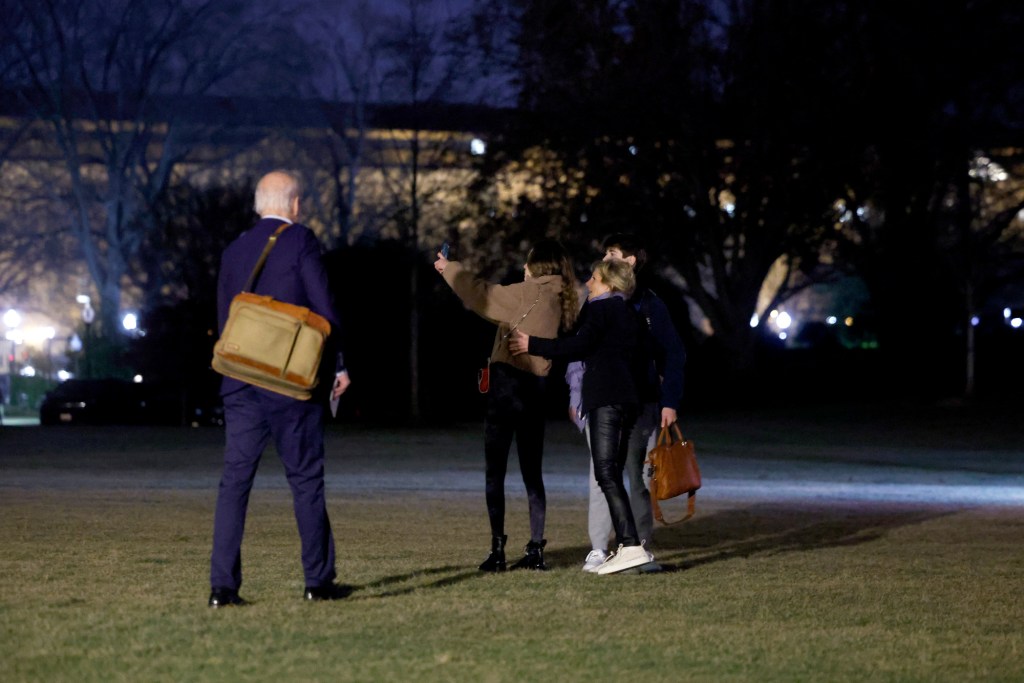 WASHINGTON — President Joe Biden on Tuesday was headed to a place very familiar to him — the U.S. Virgin Islands — to enjoy some downtime and warmer weather and to ring in a new year with family.

The president and his wife, first lady Jill Biden, departed Washington on Tuesday for St. Croix, one of three islands that make up the U.S. territory in the Caribbean. St. John and St. Thomas are the other two islands. The Bidens were joined by their grandchildren Natalie and Robert.

St. Croix is a tropical getaway that Biden has been getting away to at least since he was vice president, from 2009 to 2017.

“We’ve missed him the last couple of years,” Beth Moss Mahar, a retired attorney and island resident for nearly three decades, said in a telephone interview.

Biden spent the holidays at his home in Delaware in 2020 and 2021, mostly because of the COVID-19 pandemic. This week’s visit to St. Croix will be his first as president to the U.S. Virgin Islands.

“In the past, when he and his family have come, of course sightings of President Biden were almost a thing of legend,” she said.

Any sightings will now be altered by the fact that Biden is regarded as one of the world’s most powerful men. As such, he now travels with a significantly bigger footprint than when he was vice president, including a large contingent of U.S. Secret Service agents, White House staff and journalists covering the trip.

Biden and his wife enjoy spending the week between Christmas and New Year’s Day in a warmer climate, and Jill Biden likes a beach, aides said.

“We always look forward to his coming and we really understand that this is a place of relaxation for him and Jill and whatever other family he may bring with him and so we leave him alone and let him just relax,” said Donna Christensen, who was Plaskett’s predecessor in Congress.

“He usually says, ‘In my next life, I’m living in St. Croix,’” she said in a telephone interview.

Both Plaskett and Christensen expressed hope that attention paid to where Biden spends his year-end vacation will amplify challenges facing the U.S. Virgin Islands and other U.S. territories, such as threats from climate change, including more powerful hurricanes and rising sea levels, as well as problems these governments have coping with aging infrastructure.

Biden was scheduled to return to Washington on Jan. 2. That’s the day before the president’s Democratic Party cedes control of the House of Representatives to the Republican Party following the November midterm elections, potentially complicating Biden’s legislative agenda for the remaining two years of his term.

Democrats will continue to control the Senate in the Congress that will be seated on Jan. 3.

US weighs Covid-19 prevention measures for travellers from China