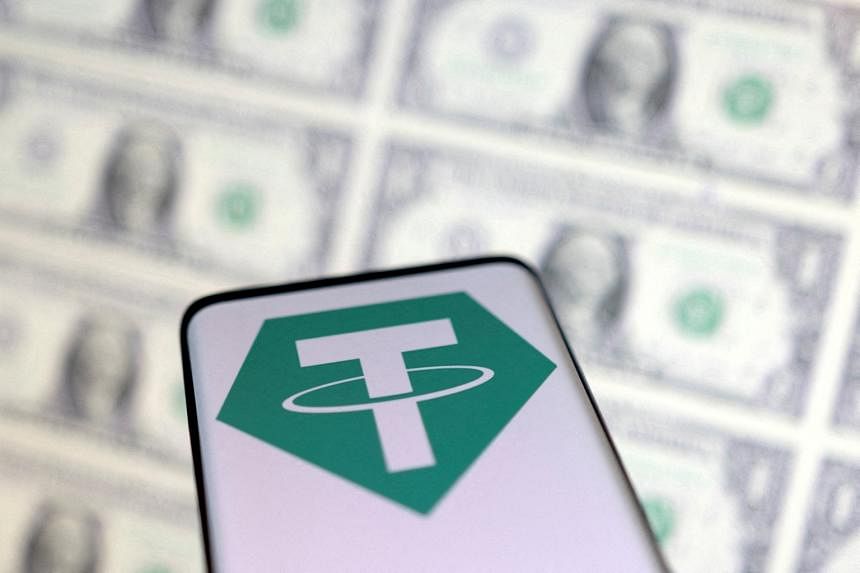 MUMBAI (BLOOMBERG) – Repeated assurances by the backers of Tether, the biggest stablecoin, that the token is backed by ample reserves and working smoothly haven’t been enough to reassure markets.

A so-called liquidity pool that allows traders to swap between the three biggest stablecoins still shows an elevated supply of Tether, with the token accounting for 65 per cent of the total as of Friday (July 1). That’s an indication that investors remain cautious about holding Tether, said Edul Patel, chief executive of crypto investment platform Mudrex.

Crypto investors have soured on Tether since the collapse of the TerraUSD stablecoin in early May led to increased scrutiny of the assets it claims to be backed by. Short sellers have boosted bets against Tether in the past month, the Wall Street Journal reported on Monday, citing Leon Marshall, Genesis Global Trading’s head of institutional sales.

Tether’s market value dropped by about US$600 million (S$837.6 million) this week, bringing declines since just before TerraUSD’s implosion to roughly US$17 billion, CoinGecko data show.

“USDT is the most widely held and most accessible stablecoin in the world, so it isn’t a surprise that more people hold USDT and have it available to swap for other assets that they want to use for other purposes,” a Tether spokesman said in an emailed response to questions from Bloomberg. USDT is the ticker for Tether’s main US dollar-based stablecoin.

On Curve’s 3pool, where traders can swap between Tether, USDC and DAI, Tether’s share of supply stood at 29.9 per cent on May 6, just before TerraUSD started deviating from its peg. That portion jumped as high as 82 per cent on May 12 as the TerraUSD crisis worsened, briefly knocking Tether from its own peg.

While Tether’s share of supply has since declined, it remains far above pre-TerraUSD crisis levels. And it has reversed some of the decrease after the Journal report.

The 3pool platform handled about US$117 million in trading volume on Friday.

Tether relies on a reserve of dollars and dollar-equivalent assets to maintain its one-to-one peg with the currency, though the quality of this stockpile has repeatedly been called into question. Tether files quarterly attestations from a Cayman Islands accounting firm on its holdings, which show that it’s been steadily decreasing its exposure to assets like commercial paper in favor of more liquid instruments like Treasury bills.

Bloomberg reported in February that Fir Tree Capital Management was making a substantial short wager on Tether, predicting it could pay off within a year.

Tether chief technology officer Paolo Ardoino has repeatedly taken to Twitter to reassure markets since TerraUSD cratered. In a 12-part tweet this week, just after the Journal story was published, he said Tether has “never failed a redemption” and has cut its commercial paper holdings by roughly US$45 billion, adding: “Tether portfolio is stronger than ever.”

Since the brief decoupling on May 12, Tether has traded close to its dollar peg.

Beds in economy class on airplanes by 2024

Hockey Canada executives need to leave before they ‘burn’ the…

Qantas and Jetstar over 100,000 Japan reward flights to…