BJP has forgotten to act like a ruling party, needs a crash course on coalition politics 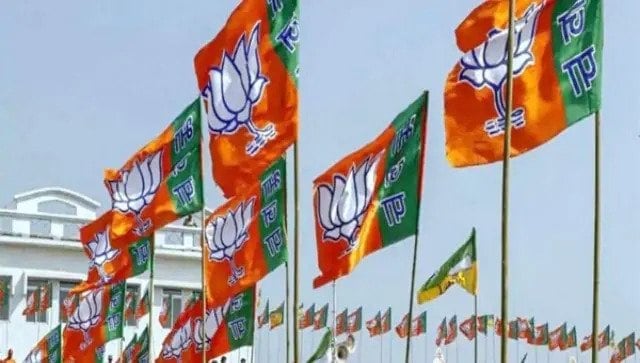 Politics can be unkind to those perceived to be soft and gullible, howsoever upright they might be

Perception and reality can be a tricky affair, especially for a colonised person. He invariably looks at himself and judges his acts through his master’s eyes. The Bharatiya Janata Party (BJP) often comes across as that typical colonised person who acts not according to what he actually is, but how he’s being projected by his opponents, political as well as ideological. The party seems to have internalised some of the fundamental charges being hurled at it — of being authoritarian, undemocratic and illiberal.

These accusations seem to have made the BJP believe them. So much so that, either out of conviction in what the Left-liberal media incessantly say, or out of apprehension about its denting global image, the BJP in the past two years seems to be on an overdrive to improve its liberal credentials. Little realising that the more it bends backwards, the further it vindicates its politico-ideological opponents that the BJP can be pushed into submission.

The last time the BJP behaved like a ruling party was in August 2019. Since then there has been a series of U-turns, backtracking and over-cautiousness, on issues ranging from the CAA and Shahin Bagh to farm laws and post-poll Bengal violence. Even on Kashmir, the party seems to be caught in a Catch-22 situation: Article 370 gone, what now? Politics used to be the strong point of Modi 1.0; it has become its weakest link now. In fact, the two things that shine through Modi 2.0 are absolutely non-political in nature: The handling of the Covid-19 pandemic and the managing of foreign affairs, including the ongoing Ukraine war. Bihar is the latest of the BJP’s political bungling. The party — again falling for the Left-liberal narrative of being high-handed with its political allies — took an ultra-cautious approach with the Nitish Kumar-led Janata Dal (United) soon after the 2020 Bihar Assembly election results. Before the polls, Nitish Kumar arm-twisted the saffron party to give the JD(U) 115 seats, out of which it could win just 43 seats. The BJP, on the other hand, won 74 seats out of 110 contested. Through the campaign one thing was obvious: That Nitish Kumar’s JD(U) was a liability and could win whatever it could by riding on the popularity of Narendra Modi. Nitish Kumar, with just 43 party MLAs, became the chief minister, while the BJP with almost double the strength was happy being the kingmaker!

Post-results, it was an open secret in Bihar that Nitish Kumar wasn’t happy and thought the BJP was hand-in-glove with Chirag Paswan to hurt the JD(U)’s electoral prospects in at least a dozen seats. He ate humble pie because he couldn’t have left the alliance then. He was already getting the moniker of “Paltu Kumar”, and for obvious reasons — with the latest turnaround, Nitish Kumar would be swearing in as chief minister for the ninth time in 17 years! The BJP, instead of cornering the weakened Nitish, went into the Prithviraj Chauhan mode, playing by the coalition rulebook. The JD(U) leader needed a couple of years to strike back at what he thought was BJP perfidy and one is surprised how the astute BJP leadership couldn’t see this coming. Or, is it that the saffron party saw it clearly but pretended to look the other way? Be that as it may, Nitish, with this BJP large-heartedness — in political lexicon this will qualify as naivety at best and blunder at worst — had the cake and ate it too! Anybody who has followed Nitish Kumar’s career graph would have seen this coming. For all his image makeover post 2005 when he became chief minister for the first time, Nitish always maintained ideological fluidity and opportunism. In fact, when his party got a massive drubbing in the 1995 Assembly polls, winning just seven of the 300-odd seats, as journalist Sankarshan Thakur writes in his book The Brothers Bihari, quoting one of his party colleagues as saying, Nitish was keen to “make up” with Lalu Prasad, but was vetoed by George Fernandes. Interestingly, Nitish’s version is just the opposite, with Fernandes being shown as the one pushing for mending ways and the former opposed. Today, after seeing a series of U-turns, there is little doubt on who was telling the truth then!

This is not the first time that the BJP has faltered in dealing with its allies. There’s a long list of them from the Shiv Sena to the Akali Dal, and each time the saffron party comes out being betrayed. But for how long, and how many times? There are many political commentators, including well-meaning Minhaz Merchant, who blame the BJP for its failure to take the allies along. In his tweet on Tuesday, Merchant wrote, “BJP deserves tight slap delivered by @NitishKumar. Modi-Shah have long taken NDA allies for granted, beginning with Naidu, then Badals, Sena & now JD(U). No NDA meetings held for years. Losing Bihar to Lalu’s corrupt kin is bad for #Bihar but worse for BJP’s reputation as an ally.”

There’s no denying that the BJP leadership has failed to hold NDA meetings for years. But it would be simplistic to say Nitish Kumar left the NDA because of that. He jumped the ship because he was waiting to leave since the Assembly results came out. He was just biding his time so that the sting of “Paltu Kumar” was not too obvious among the electorate. The same political opportunism could be seen vis-à-vis the Shiv Sena (Uddhav Thackeray camp) and the Akali Dal; both had the cake and tried eating it too!

Merchant says that the BJP’s “reputation as an ally” would be hit. Yes, it will be, but in a different way: This may encourage other parties to imitate the JD(U) way to see the BJP as a use-and-throw party. A party that is gullible enough to be used and reused — and yet refusing to learn from that, like someone who has fallen head over heels in love with his partner.

The failed Bihar experiment, however, may be a good chance for the BJP to understand that there aren’t any short-cuts to success in politics (everyone can’t be as lucky as Arvind Kejriwal and his Aam Aadmi Party!). The BJP could have taken the 2015 Bihar Assembly failure to its stride, built its party infrastructure, and waited for the contradiction called the JD(U)-RJD alliance to falter. Once that had happened, the BJP would have been in the poll position to make its solitary claim to Bihar’s throne. Sadly, the party chose the easy way out and finds itself in the same position it was seven years ago.

One hopes the BJP learns its lessons and realises that coalitions can’t be run on compromises. Also, it needs to start behaving like a ruling party whose government acts confidently and moves sure-footedly. Political victimhood may work for some time, but it has its limits. Politics can be unkind to those perceived to be soft and gullible, howsoever upright they might be.

Educating puppies doesn’t come cheap, but it’s worth it in the end