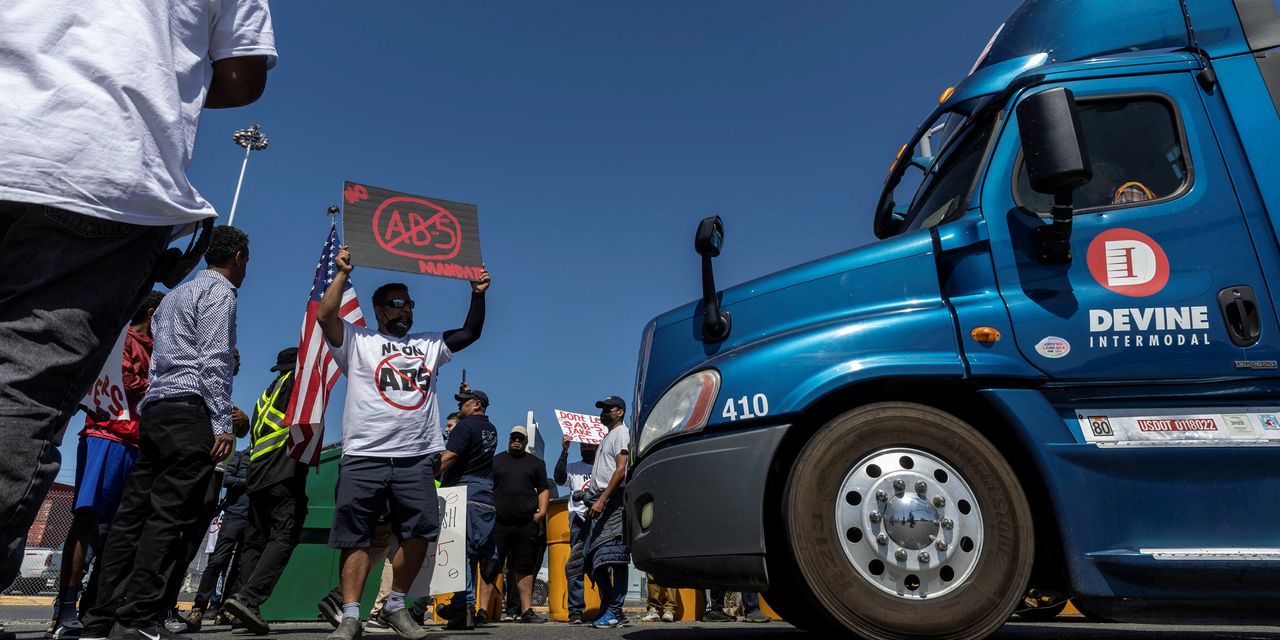 Freight operators in Oakland, Calif., are bracing for continued protests by truckers that have blocked operations this week at the West Coast’s third-busiest container port, adding new disruptions to already-strained U.S. supply chains.

Truck drivers have stopped vehicles from entering Port of Oakland container terminals, effectively halting all but a trickle of business in a protest over a California law that would toughen restrictions on the use of independent drivers.

Port officials said Tuesday they expected the protests to end Wednesday while executives at freight companies in the area said protesters appeared to be digging in and preparing to continue through the week.

Top news and in-depth analysis on the world of logistics, from supply chain to transport and technology.

Dockworkers who are members of the International Longshore and Warehouse Union have also refused to cross the picket lines to load and unload ships, according to terminal operator SSA Containers, adding to the virtual standstill in freight operations. Port officials said 11 container ships were waiting for berth space by the docks on Tuesday.

The port, a major import gateway and a hub for U.S. agricultural exports, has struggled to handle surges of container volumes during the Covid-19 pandemic. Before the pandemic it was unusual for ships to have to wait for a berth at the port.

The protests at the Port of Oakland gates mark the latest disruption to hit U.S. ports since the impact of the pandemic upended trade flows in 2020, triggering big backups at Southern California ports as companies rushed to restock inventories and the gateways struggled to handle surging container volumes. The backup at the ports of Los Angeles and Long Beach has receded but bottlenecks have hit ports including Oakland at times and have more recently grown at East Coast ports as importers have sought alternative gateways.

The California law, known as AB5, is part of a broader regulatory battle across the U.S. over independent-contractor arrangements at transportation companies such as

and Lyft Inc. The International Brotherhood of Teamsters, which aims to organize drivers in California, says trucking companies have misclassified drivers as independent contractors to deprive them of fair wages and benefits.

Many trucking companies employ their own drivers. But in California they also rely on an estimated 70,000 independent owner-operators carrying loads between the state’s ports and distribution centers. The law makes it harder for trucking companies to classify the drivers that work regularly for them as independent contractors.

Many drivers say the new law will force them to seek work as an employee-driver or they will have to pay more for insurance and permits to remain independent under the law’s guidelines.

California legislators passed the law in 2019 and it was due to take effect in 2020, but it was delayed because of a legal challenge by the California Trucking Association. A June 30 decision by the U.S. Supreme Court not to review the case allows California to begin implementing the law in the coming months. The trucking association’s legal challenge continues in lower courts.