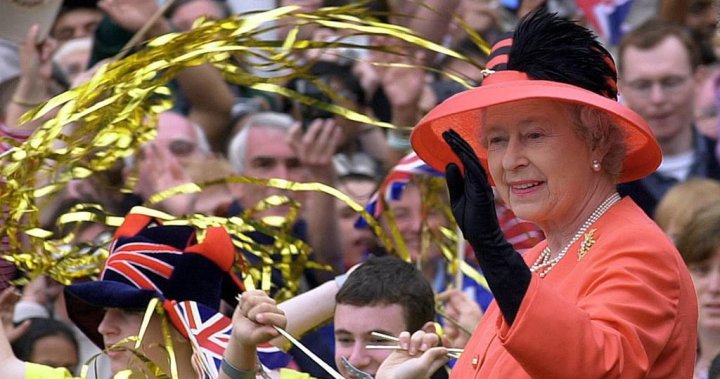 Canadians mourning the death of Queen Elizabeth II can pay tribute to her in a book of condolences at Rideau Hall starting Friday, while an online version has been available since last night.

The longest-serving British monarch and Canadian head of state died Thursday at age 96.

The announcement came hours after the palace said the queen had been placed under medical supervision because doctors were concerned for her health.

Charles to give 1st speech as king as U.K. mourns Queen Elizabeth’s death

Succession to her eldest son, now known as King Charles III, is automatic.

Political leaders from across the country expressed their condolences Thursday, praising the Queen’s service and sense of duty over the seven decades of her reign.

Prime Minister Justin Trudeau said the monarch was one of his favourite people in the world, describing her as “thoughtful, wise, curious, helpful and funny” in a brief statement to reporters in Vancouver.

Royal watchers and others also voiced their grief at the Queen’s passing, with many calling it the “end of an era.”

Robert Finch, the chairman of the Monarchist League of Canada, said Thursday that Canadians will process the loss at their own pace as commemorations are held across the Commonwealth in coming days.

Some people left flowers on the steps of the British High Commission in downtown Ottawa on Thursday, and flags were at half mast at Ottawa City Hall and the Peace Tower on Parliament Hill.

Protocol calls for 10 days of mourning following the Queen’s death. A funeral date is expected to be announced soon, which governors general and Commonwealth prime ministers are expected to attend in London.

Biden’s inflation law offers up to $14,000 for home upgrades. Here’s how to qualify.