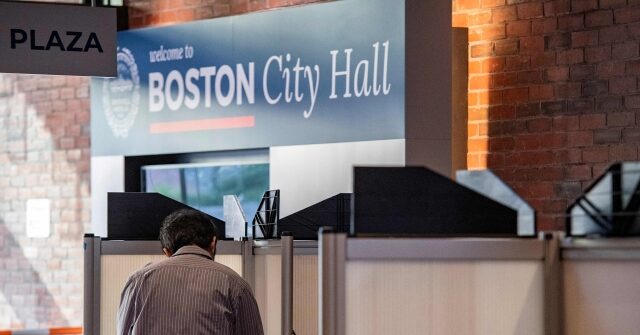 The Boston City Council approved a petition on Wednesday to allow 16-year-olds to vote in municipal elections.

The left-wing city council backed the petition by a vote of 9-4 that would allow 16 and 17-year-old Boston residents to vote if they meet other legal qualifications, according to the Boston Herald. The petition only covers municipal elections, not state and federal.

To become law, the petition will next head to Boston Mayor Michelle Wu’s (D) desk, and if approved, it will go to the Democrat-controlled Massachusetts state legislature for approval.

The Herald noted that several Massachusetts municipalities have moved on similar voting petitions, but all have never made it past the state legislature. Those municipalities include Ashfield, Brookline, Cambridge, Concord, Lowell, Northampton, Shelburne, Somerville, and Wendell.

A bill was also introduced in the state legislature to lower the voting age last year, but it never gained traction.

City Councilor Erin Murphy, who voted against the petition, stated that she is concerned about lowering the voting age due to privacy concerns since records of those who vote are public. She is also worried that their voting habits could be manipulated.

“I worry that certain kids would be influenced into voting for a certain candidate instead of really coming up with their own opinion,” said Murphy via NBC 10.

Additionally, Boston University law professor Kate Silbaugh told CBS Boston that young voters could be swayed by policy proposals that are favorable to certain industries, such as cannabis and tobacco shops.

“Those are all issues with industries that may be very eager to reach these teenagers,” she said.

In 2019, the U.S. House of Representatives defeated an amendment proposed by Rep. Ayanna Pressley (D-MA) that would have lowered the voting age to 16. The amendment was struck down by a 305-126 margin.

The movement to lower the age of voting is also growing worldwide amongst the Far-Left.

In New Zealand, the Supreme Court ruled on Tuesday that the current age of 18 to vote is discriminatory. The nation’s Left Wing Prime Minister Jacinda Ardern supports lowering the age of voting, but it is unlikely it will pass through the legislature.

Elsewhere in the world, nations such as Brazil, Argentina, Cuba, and Austria, are among the very few that allow citizens as young as 16 to vote.

a proud Wiradjuri woman, is spearheading change and a rising awareness of First Nations inventiveness in the fashion industry.