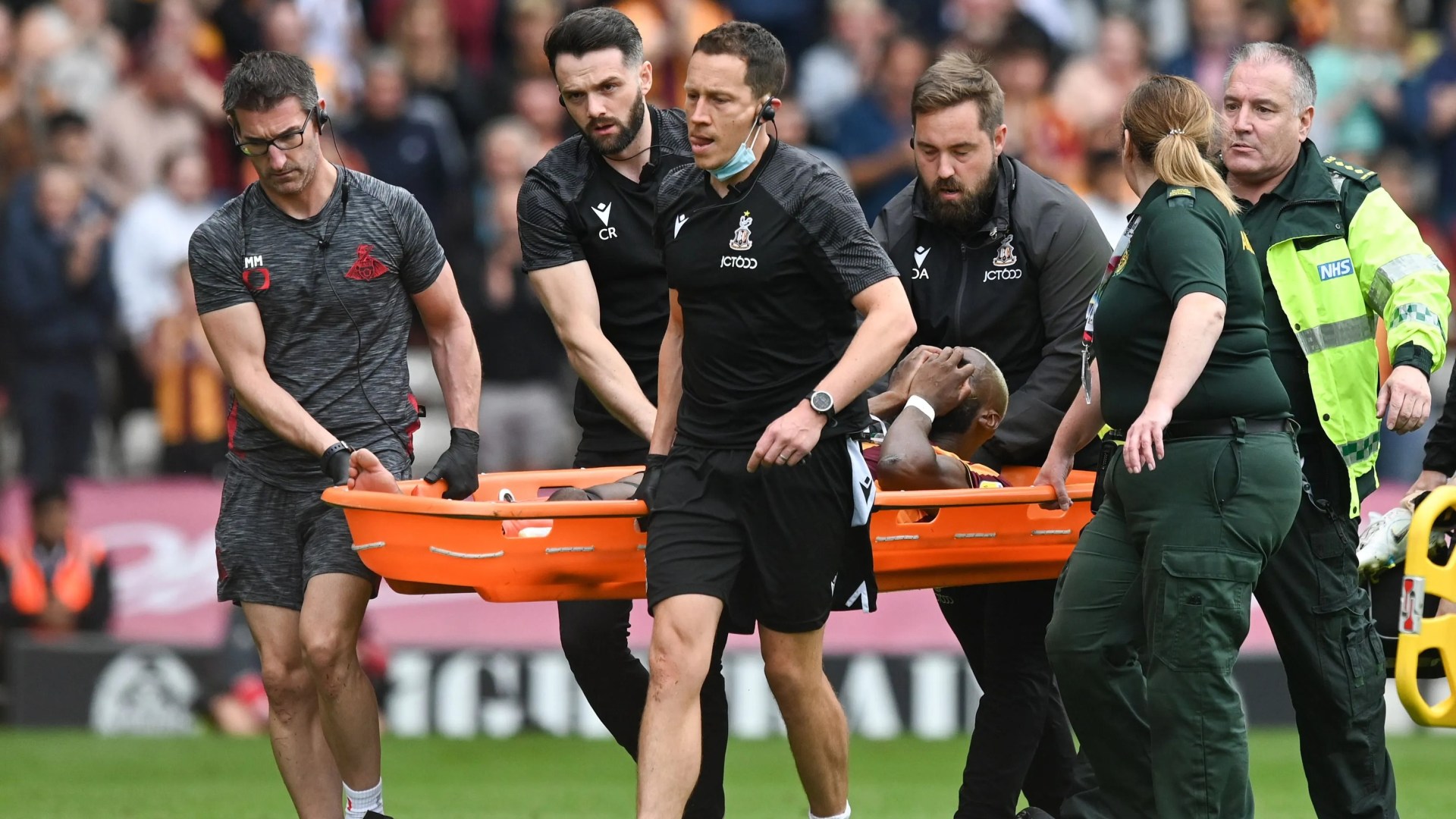 Ravenhill, 19, and Osadebe, 25, went for the ball just six minutes after kick-off but the Doncaster midfielder’s high challenge broke the Irishman’s leg.

The Bantams demanded a straight red card but the referee only showed a yellow, which infuriated the home crowd at Valley Parade.

Osadebe was on the ground screaming in agony as his team-mates called for a stretcher immediately after the challenge.

Bradford fans were enraged with the referee’s decision in the League Two encounter, which ended 0-0 and saw the home side’ Kian Harratt being sent off in the eighth minute of stoppage time.

One tweeted: “Criminal kick in the first game of the season…” 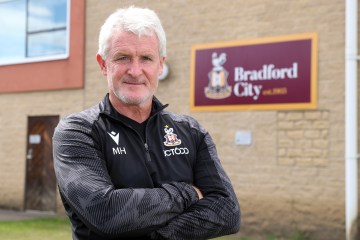 Another posted: “A two footed of the floor tackle should be a red no matter if he won the ball or not, especially one with that outcome.”

A third said: “Deffo two footed. Can’t get his leg wobbling out of my head. Poor lad!”

This fan wrote: “Feel sick after that horrific leg breaker on Osadebe. Thoughts and prayers to him and also our own players who were visibly affected by what they saw. How can that be a yellow card? Disgraceful.”

And another tweeted: “F***ing hell eyes are watering.”

Manager Mark Hughes confirmed that Osadebe will be out for a “significant time”.

The Manchester United legend added that his players were “affected emotionally” after what happened to their team-mate.

Hughes told BBC Radio Leeds: “It’s not good news, it’s a double break unfortunately so he’s going to be out for a significant time.

“A lot of the lads you could see clearly were affected emotionally by it, so for them to be able to just get on with their jobs – because we had to keep on playing for Manny’s sake, really.

“It wasn’t the opening day that we all wanted for a number of reasons.

“But I thought that they stuck at it, showed character and they had to get about their work and unfortunately on the day it wasn’t quite enough.

“I think we deserved it just for our efforts but unfortunately there’s more things that are important.”