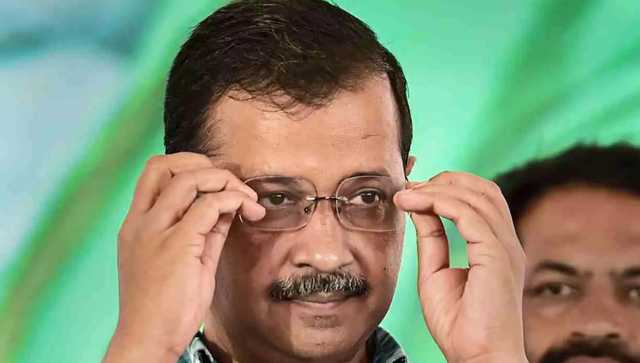 With the CBI probe against Manish Sisodia and Operation Lotus claims, AAP is trying to weaponize both the developments against its main rivals in the poll-bound states

The recent allegations of Operation Lotus by the Aam Aadmi Party convenor and Delhi chief minister Arvind Kejriwal are strategic moves ahead of the Gujarat and Himachal elections. While this will sideline the debate on the alleged irregularities of the Delhi Excise Policy, for which Deputy Chief Minister Manish Sisodia faced a CBI probe, it will also help the party to shift focus from the debate on the negative impact of the freebie schemes.

Within 48 hours of the probe, Sisodia came up with the allegations that the BJP had contacted him and offered him the chief minister’s post if he shifted the party. He also claimed that the BJP had offered him money. Thereafter, several AAP MLAs also claimed the same. With a high voltage drama, Kejriwal paraded all the MLAs at the Rajghat. He did not stop there. Kejriwal brought a confidence motion in the Delhi Assembly and passed it. Significantly, the Deputy Speaker of the house suspended all the BJP MLAs and only AAP MLAs were present during the confidence motion.

This high voltage drama is not only propaganda against the claims of the BJP, but also to utilize this probe against the party as a political weapon to counter the BJP in the upcoming Assembly elections in Gujarat and Himachal Pradesh. According to the sources in the party, the AAP is already re-strategizing the campaigns in the poll-bound states.

Attempt to go beyond freebies

The AAP party is fighting the upcoming elections based on its governance model in Delhi and Punjab. The basis of this is a number of freebies which the party claims as free welfare schemes. Kejriwal has already announced free electricity, free water, free education, free healthcare and a monthly allowance of Rs 1,000 for women in Gujarat. The BJP has come down heavily against these freebies. Significantly, Prime Minister Narendra Modi himself slammed the freebie politics. However, Kejriwal and AAP have not shown any sign of stopping from the announcements of freebies.

Senior AAP leaders opined that as the freebie debate is under the scrutiny of the Supreme Court the party wanted a plan B to counter the BJP. “People of Gujarat are showing positive response to the AAP. The welfare schemes of the party are our base but we do not know what the judgment on the matter will be,” said a senior AAP functionary who is looking after the Gujarat campaign on the condition of anonymity.

He also said that Kejriwal will visit Gujarat soon and tell the people how the BJP falsely charged Sisodia in the excise policy and tried to topple the government.

Gujarat: Arvind Kejriwal out to break the bank for vote bank, promises farm loan waiver equal to half of state’s income

AAP vote share in Gujarat up by 4 per cent post CBI raid on Sisodia, will rise to 6 per cent if he’s held: Kejriwal

After CBI, ED has also given clean chit to Manish Sisodia, says AAP; agency yet to respond

Significantly, according to media reports during a recent press conference when reporters asked AAP chief spokesperson Saurabh Bhardwaj about the proof of the allegations of Operation Lotus, he said, “Lord Ram used brahmastra when it was required. I assure you that we will definitely use brahmhastra where it is needed.”

Portrayal of repression on education model

The party sources confirmed that along with the allegations of Operation Lotus, the AAP will also tell people how the BJP tried to stop their education model in Delhi.

Recently the New York Times newspaper carried a front-page story depicting the good works of Manish Sisodia and the AAP government in the education sector. The Aam Aadmi Party leaders alleged that the next day CBI raided the residence of Sisodia.

A senior AAP leader who did not want to be named said, “The entire attack on the Aam Aadmi Party is because of the success of our education model. In Gujarat and Himachal we have been telling the people about this success. However, now it is time we should go and tell the people of these states how the Bharatiya Janata Party put false cases against our leadership due to our work in education.”

Significantly, the Aam Aadmi Party leaders also asserted that in both the states the campaign will also include how the Congress party was the first one to support the CBI raids against Manish Sisodia and Satyendar Jain.

In both Gujarat and Himachal Pradesh for years the fight has been between the BJP and the Congress. The Aam Aadmi Party is trying to get vacant space due to the decline of the year-old party.

Meanwhile, amid the row over the excise policy Lieutenant Governor of Delhi Vinai Kumar Saxena has asked the chief secretary to probe how student enrolment declined significantly despite the hike in the education budget. The LG also put the school classroom construction by the Delhi government under his scrutiny last week.

Arvind Kejriwal likes to play on the victim card or sympathy card. During the Delhi and Punjab assembly elections, he found some comments by the BJP leaders where they either told Kejriwal a “terrorist” or has connections with the terrorists. He rampantly used this to gain support.

Unlike the Bharatiya Janata party which fights on the charisma of Prime Minister Modi, their ideology of nationalism and Hindutva majority of the regional parties try to gain sympathy by playing victim cards. Recently the Congress party tried to gain the sympathy of the people through repeated dharnas and rallies when the enforcement directorate questioned party president Sonia Gandhi and his son Rahul Gandhi.

Mamata Banerjee, the TMC supremo and chief minister of Bengal, claimed that saffron party thugs attacked her car and broke her leg during the 2021 Bengal Assembly elections. In a wheelchair, she managed the entire election campaign.

According to Aam Aadmi Party sources, Kejriwal will likely ask Gujarat and Himachal voters whether they think he and party members like Manish Sisodia and Satyender Jain are thieves or not. He did the same in Punjab and Delhi with the terrorist jibes against him.

An AAP Gujarat functionary said, “You call it a sympathy card or victim card, we call it telling the truth to the people. The entire attack on the AAP happened because of our good work in Delhi and now in Punjab. The party which maintains the highest regard for honesty are being labelled as corrupt. Janata apana bhagvaana che (people are our god).”

Putting AAP ahead of Congress

The key battle in the state of Gujarat and Himachal has always been between the Bharatiya Janata Party and the Congress party. But now with time, the congress party has been suffering from a massive decline in the states. This is not a new story; the party is in a poor condition across India. The Aam Aadmi Party, the AIMIM and other political parties are trying to capture this space.

Whereas, the Aam Aadmi Party has a clear political message. While the key focus of the party will be the freebies, with the recent CBI probe and excise policy row the AAP will gain momentum in terms of political messaging. This will indeed help the party.

It is significant to note that the Aam Aadmi Party is not talking about the issue of alleged irregularities in the excise policy. From the time of the CBI raid, the AAP has been talking about how they are victimised due to their good works in the sectors of education and health.

According to the sources in the party, the key focus or strategy of the Aam Aadmi Party in the upcoming elections and also in Delhi and Punjab is to talk about the harassment done by the Bharatiya Janata party and not on the issue of the excise policy. While the Aam Aadmi Party leaders have claimed that there are no irregularities in this policy, there is a belief that the party cannot afford to focus on the details of corruption allegations.

The ultimate goal right now of the AAP is to bring on a Modi vs Kejriwal debate. But there is no doubt that the allegations of corruption hurt the party the most. And it is evident from the recent row. Arvind Kejriwal has been doing this high voltage perception building from the day of the CBI raid at Sisodia’s residence. It is also pertinent to note that the CBI FIR on the excise policy not only targets Manish Sisodia but also names people like Vijay Nair who is claimed to be the key brain behind Kejriwal’s campaigns and strategies. Therefore, less discussion on excise row is the best for the AAP.

The author is an independent journalist and columnist based in Kolkata and a former policy research fellow at the Delhi Assembly Research Centre. He tweets as @sayantan_gh. Views expressed are entirely personal.

U.S. judge rules against Enbridge on Line 5, but stops short of shutdown – National