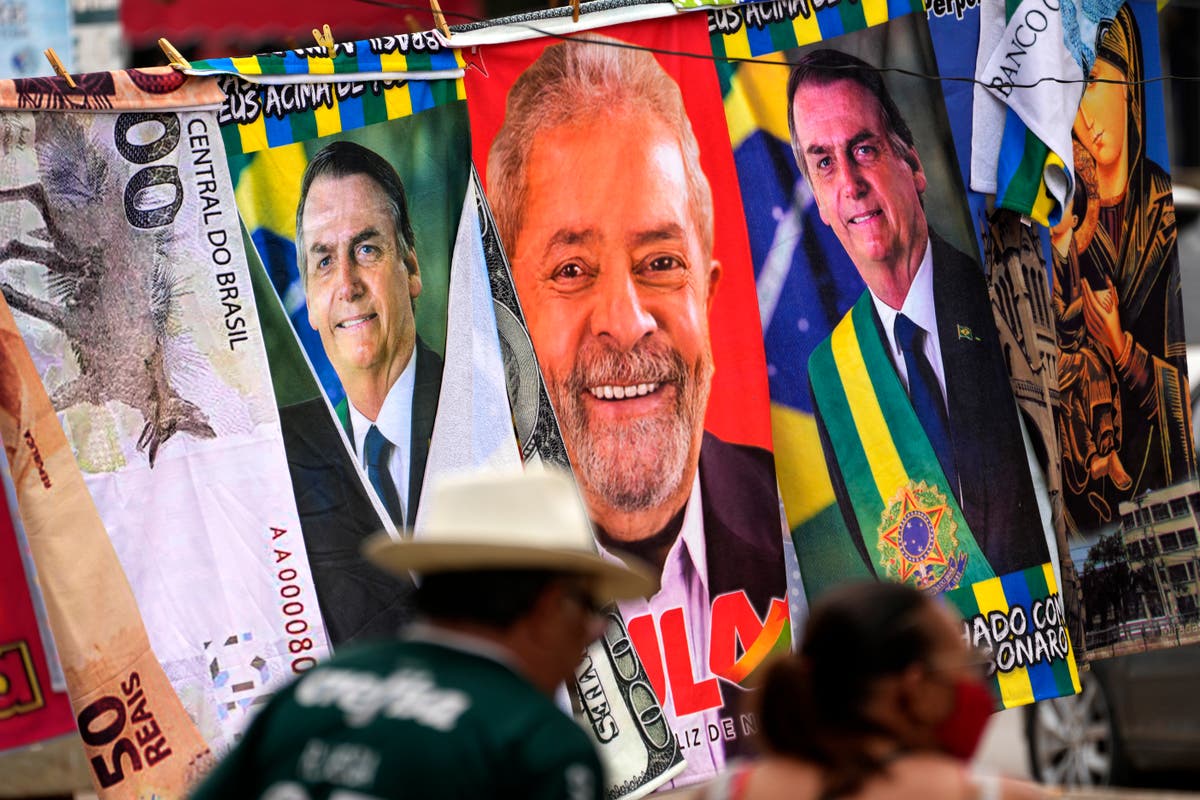 Polls have closed in Brazil where Jair Bolsonaro is seeking re-election against leftist rival and former president Luiz Inacio Lula da Silva in a highly-divisive contest.

Brazilians queued at polling stations across the country on Sunday, as well as in many countries around the world – including the UK, to vote for the next president.

At least 120 million Brazilians were expected to cast their votes in the election that could either result in left-wing da Silva – also known as Lula – returning to the helm, or far-right Bolsonaro remaining in office for another four years.

There are nine other candidates in the race but da Silva and Bolsonaro have emerged as the clear frontrunners.

Opinion polls have so far suggested that former metalworker and union leader da Silva, 76, could make a comeback.

He has a 14-point lead in the latest Datafolha survey published on Saturday. The poll of 12,800 people suggests he could win 50 per cent of the vote compared to Bolsonaro’s predicted 36 per cent share.

If he does win more than 50 per cent of valid votes, da Silva could win the election without the need for another voting round on 30 October.

In 2018, when Bolsonaro was elected, Da Silva was unable to run even though polls indicated that he could have won.

Da Silva was banned from running over a corruption and money laundering conviction, for which he was sentenced to 12 years in prison. He had served 19 months before the conviction was annulled by the Supreme Court on the grounds that the judge colluded with prosecutors.

Speaking after casting his ballot in Sao Bernardo do Campo, the manufacturing hub in Sao Paulo state where he was a union leader, da Silva recalled that four years ago he was in jail and unable to vote.

He told reporters: “I want to try to make the country return to normality, try to make this country again take care of its people.”

When he was president between 2003 and 2010, his economic policies boosted the income of many poor Brazilians and led the UN to remove Brazil from its Hunger Map in 2014.

Bolsonaro – a retired military officer – has been criticised for his handling of the Covid pandemic, worsening poverty, and the most intense deforestation of the Amazon rainforest in 15 years.

Bolsonaro’s campaign has attempted to focus Brazil’s poor communities on welfare payments his government had made during and after the pandemic.

But the anti-welfare candidate had implemented them solely to boost his ratings, according to reports.

During his administration, 33 million Brazilians were going hungry in the six months through to April this year, according to a study by several charities including Oxfam.

Agatha de Carvalho, 24, said she arrived at her local polling station in Rio de Janeiro’s working-class neighbourhood of Rocinha to find about 100 people already queuing before it had even opened.

She said she would vote for da Silva, and called Bolsonaro “awful.”

Ms de Carvalho also said: “A lot of people died because of him during the pandemic. If he hadn’t done some of the things he did, some of those deaths could have been avoided.”

Marialva Santos Pereira, 47, said she would vote for da Silva for the first time since 2002.

“I didn’t like the scandals in his first administration, never voted for the Workers’ Party again. Now I will, because I think he was unjustly jailed and because Bolsonaro is such a bad president that it makes everyone else look better.”

Bolsonaro’s supporters back him for his policies and ideas that they believe defend traditional values and go against political correctness.

Luiz Garcez, 49, in the southern city of Curitiba, said Bolsonaro’s presidency has been “among the best in history” because “he built a lot and helped the country.”

After voting on Sunday morning, Bolsonaro told journalists that “clean elections must be respected” and that the first round would be decisive. Asked if he would respect results, he gave a thumbs up and walked away.

Polls close at 8pm GMT (5pm in Brasilia and 4pm EDT). As the votes are electronic, preliminary results are usually released within minutes with the final result announced a few hours later.

2022 FIFA World Cup: How to stream the Morocco vs. Spain…