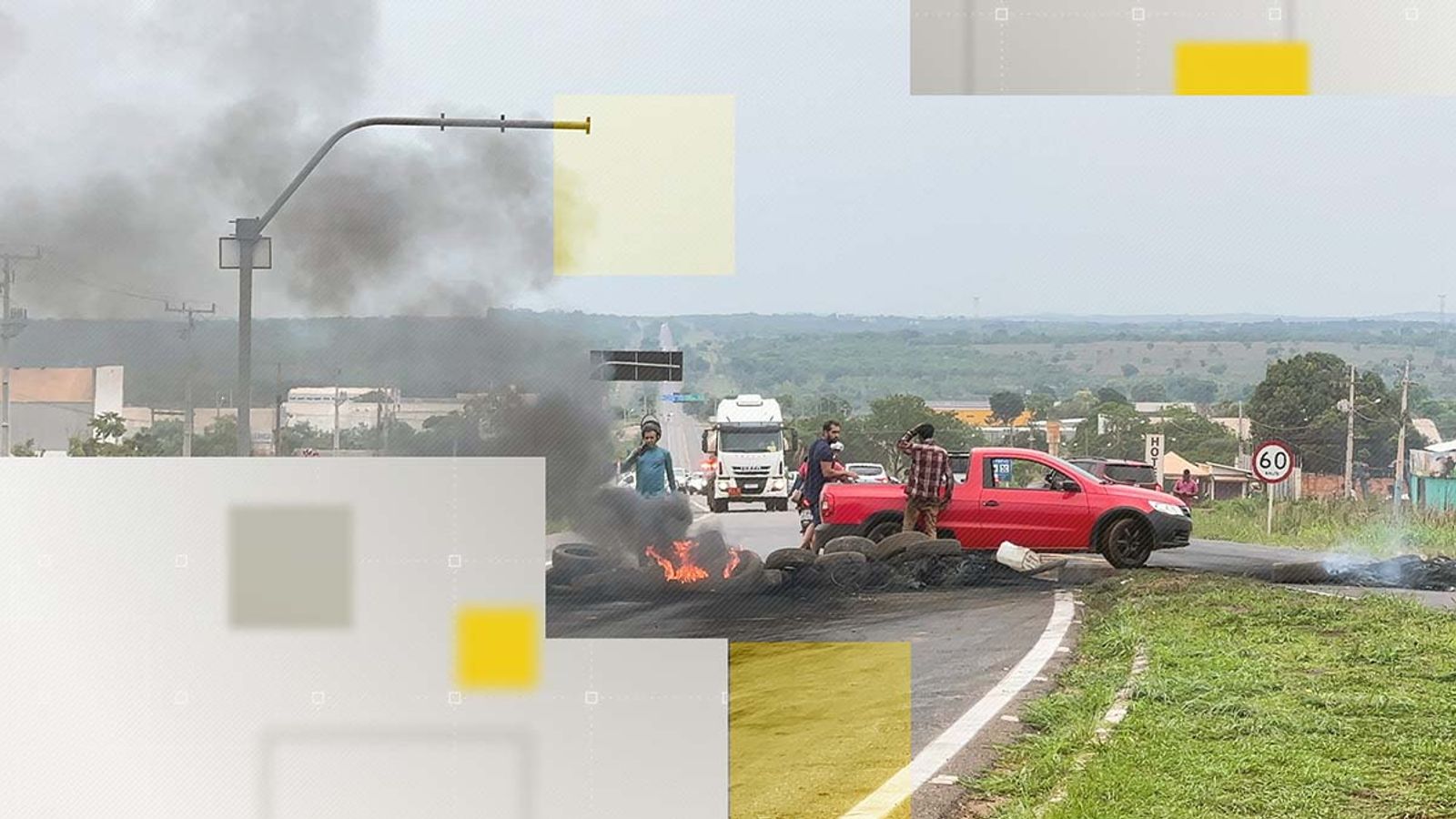 Supporters of Brazilian president Jair Bolsonaro have taken to the streets in locations across Brazil following the narrow victory of opposition candidate Lula da Silva.

Videos posted to social media since Monday night’s declaration show impromptu roadblocks across the country. Many took place along the 1,000-mile-long BR-163 highway, an important corridor in Brazil’s agricultural heartland that connects businesses in the Amazon basin with the ports in the north.

Towns and cities along the BR-163 are infamous Bolsonaro strongholds, with the local mining and cattle industries benefitting from his government’s deregulation of environmental protection policies.

And while the demonstrations seem to have attracted relatively small numbers, the videos show that Brazil remains fiercely divided.

Clips showing roadblocks began appearing online in the hours after the result was announced on Sunday night at 8pm BRT.

This footage was shared just after 1:30am. In it, a large fire can be seen burning across the highway with several cars and lorries parked in a disorderly fashion on the road nearby.

A remix of a Brazilian funk song which uses the lyrics “Bolsonaro 22” can be heard playing in the background, while a large group of people on motorbikes and on foot watch on.

Many of those protesting are thought to be truckers, for whom the BR-163 is a regular passageway when transporting goods out of the rainforest.

Sky News has geolocated the footage to Moraes Almeida, an Amazonian frontier town that straddles the highway in the state of Para.

In it, a crowd can be seen standing near a blazing fire on the road while a tractor carrying what looks like a felled tree moves towards the flames.

The timber industry, which the area is associated with, was a dividing line in the election as Mr Bolsonaro sought to promote the industrialisation of the Amazon, unlike President-elect Lula.

The roadblocks continued into the following morning.

Over 850 miles south on the BR-163, a video showing huge queues of lorries and vehicles at a standstill while a smouldering fire burns in the middle of the road was captured.

It was shared online just after 07:30am local time.

Over 400 miles south in the neighbouring state of Matto Grosso de Sol, the same scene played out.

A long queue of lorries can be seen held up by a smouldering fire laid across the road. On the other side, a group of people dressed in yellow wave a Brazilian flag.

The person filming the video states the date and place, but does not explain the purpose of the stunt.

Two hashtags in the video’s caption, however, make their reasoning clear.

It follows a video posted by the same user the night before showing a large fire made from burning tyres set across the road.

The BR-163 is often held as a symbol of the Amazon’s destruction, a vein of industrialisation enabling humans to exploit the forest to an ever greater extent.

But many who live along the road have arrived there in recent years on the promise of prosperity. It helps explain why Mr Bolsonaro – with his policies of rolling back environmental protections – is so popular in this part of the country.

And the anger at the election results is clear to see in the videos above.

But it’s not just the BR-163 that has seen these kinds of protests.

And with the President still yet to concede his election defeat, his supporters may not be giving up hope yet

The Data and Forensics team is a multi-skilled unit dedicated to providing transparent journalism from Sky News. We gather, analyse and visualise data to tell data-driven stories. We combine traditional reporting skills with advanced analysis of satellite images, social media and other open source information. Through multimedia storytelling we aim to better explain the world while also showing how our journalism is done.

House prices still have a long way to fall

Democrats are better for our country and economy