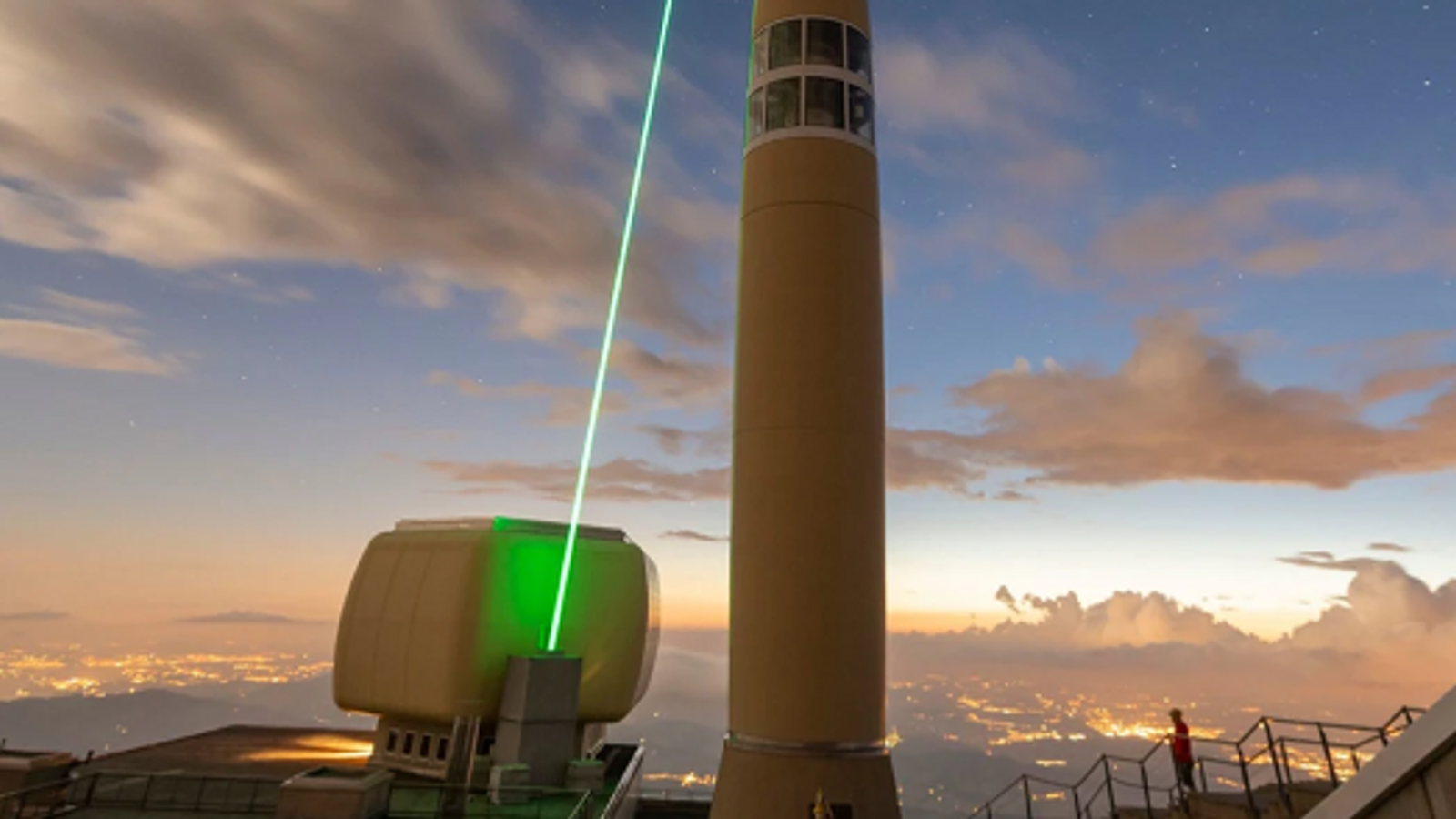 In a development that would look right at home in a sci-fi disaster film, researchers have developed a laser beam that can divert lightning.

Pointing skyward from the spectacular Mount Santis in northeastern Switzerland, the so-called laser lightning rod has been hailed by its creators as the biggest step in thunderstorm protection since Benjamin Franklin.

One of America’s founding fathers, Franklin invented the lightning rod in 1752. Since then, the metal masts have remained the most effective form of protection.

But while a lightning rod is limited in how far its protection can reach by its height (for example, a 10 metre-high rod would cover a 10-metre radius), the laser-based solution promises to do the job for wider areas.

In findings published in the Nature Photonics journal, researchers reveal that their new mast managed to deflect four lightning strikes over several dozen metres – even in the most challenging weather.

The laser lightning rod – measuring 1.5 metres wide, eight metres long, and weighing more than three tonnes – was stationed at the very summit of Mount Santis, some 2,500m above sea level.

There sits a Swisscom telecommunications tower, which was equipped with a normal lightning rod.

Over the course of three months, from June to September 2021, researchers monitored the performance of the upgraded laser rod, which was activated every time storms were forecast to protect the tower.

Project coordinator Aurelien Houard, of France’s Laboratoire d’Optique Appliquee, said: “The aim was to see whether there was a difference with or without the laser.

“We compared the data collected when the laser filament was produced above the tower – and when the tower was struck naturally by lightning.”

Other institutions involved in the research included the University of Geneva and the Munich-based specialist manufacturing TRUMPF, which designed the laser.

How does the laser lightning rod work?

A traditional lightning rod aims to attract lightning bolts and then guide the volts into the ground.

The laser lightning rod works to the same principle of guiding the bolt, but rather than via a metal pole, it does so by generating channels of ionised air using its laser beam.

This is when air molecules are electrically charged, and gives them a conductive quality like metal.

Study author Jean-Pierre Wolf, of the University of Geneva, explained: “When very high power laser pulses are emitted into the atmosphere, filaments of very intense light form inside the beam.

“These filaments ionise nitrogen and oxygen molecules in the air, which release electrons that are free to move. This ionised air, called plasma, becomes an electrical conductor.”

It is hoped that the laser lightning rod could be used not just in its own right, but to extend upwards from a traditional mast and increase the size of the area it protects.

Professor Wolf said after almost a year of analysis, the team concluded the laser rod’s beams could guide a bolt’s discharge for nearly 60 metres before reaching the Swisscom tower – a dramatic increase in the protection area.

The scientists say it could change the way airports, launch sites, and other important infrastructure locations are protected from lightning strikes, which kill an estimated 24,000 people every year.