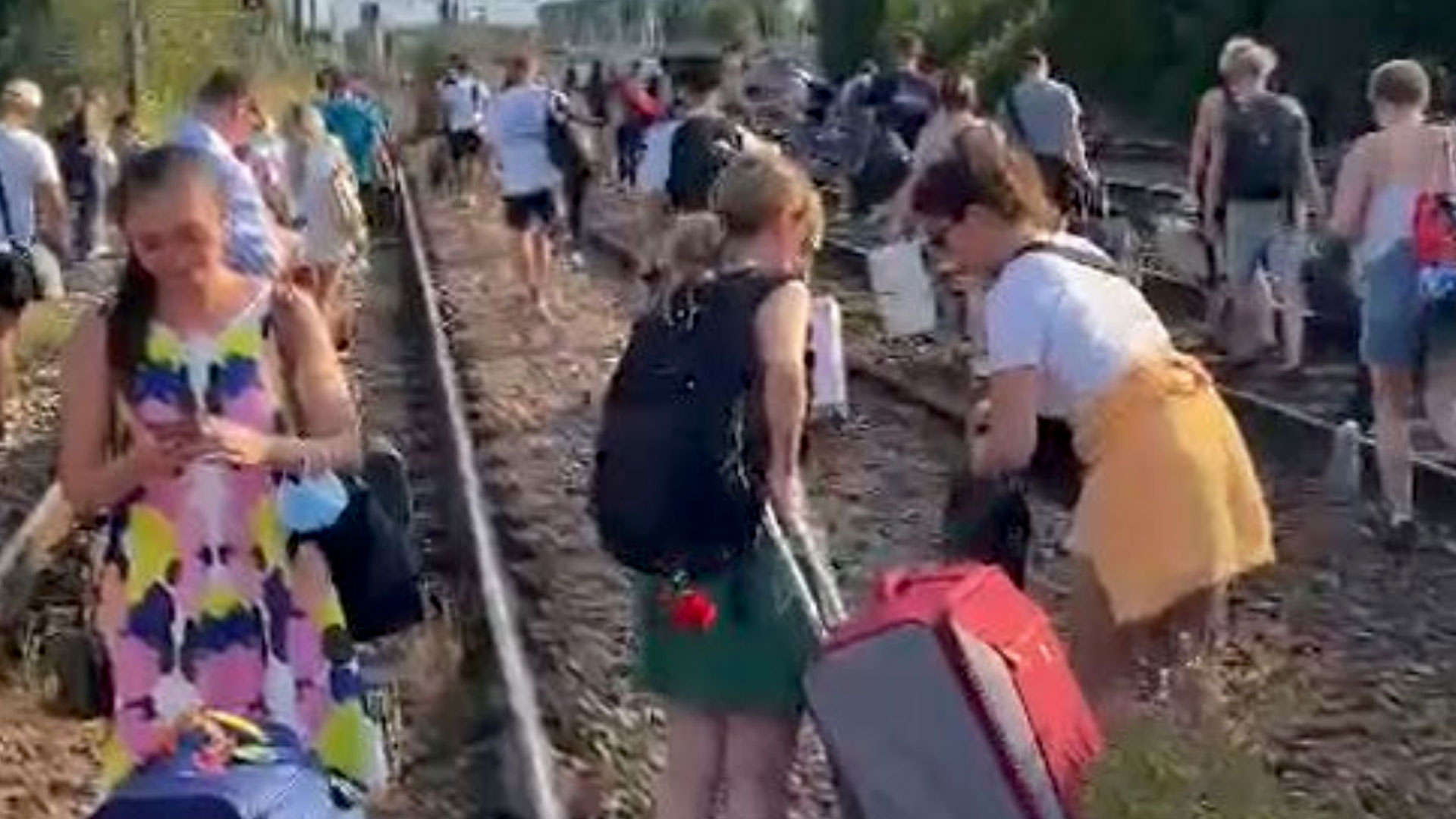 PASSENGERS were forced to haul their luggage across tracks after a Stansted Express train broke down on the hottest day in UK history.

A shocking video shows over a hundred rail users having to make the journey to the nearest station by foot on Tuesday as temperatures reached up to 40C.

With the carriage doors locked shut due to an electronic failure, everyone on board had to depart through the driver’s cabin at around 6pm.

One woman is shown struggling with how to descend from the lofty cabin, with rail staff helping her to place her feet correctly.

Police then usher the crowd to walk in between the rail tracks while they wheel all their holiday luggage across the bumpy surface.

Passengers are then shown waiting on a bus which customers claim did not arrive after several hours, with many opting for taxies instead. 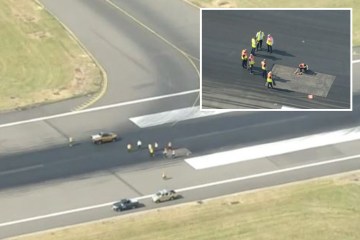 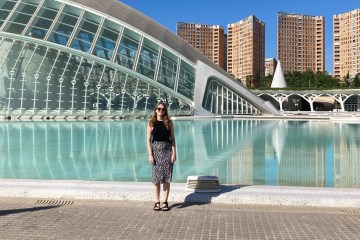 The heat took its toll on the crowd who alleged they were only provided with ‘warm tap water’ by rail staff.

Speaking today, Gloria, 35, a passenger on the train, was returning from Madeira when it happened: “The lights went off, the air-con went off, the lights by the doors went off.

“They were trying to get the train back on for 20-25 minutes before they told us we were going to have to get off.

“They told us a bus would be coming to get us, but after the whole journey from getting on the train to getting home was approaching five hours, we decided to spend another £40 on a taxi. This was an expense we weren’t expecting.”

Gloria posted about the incident on TikTok yesterday where her videos have attracted almost 190,000 views.

Hundreds of viewers left comments after being left shocked by the footage.

One person wrote: “I know the country has been collapsing for a while, but now it’s in ruins.”

A third, who claimed to be a passenger, commented: “I was on this train. The whole endeavour getting home was hell.”

Record temperatures in the UK caused havoc for rail companies, with cancellations across the country.

A spokesperson for Greater Anglia, the rail company that runs the Stansted Express, apologised for the issues which were caused by the heatwave: “The predicted conditions were why we issued advice to ask passengers not to travel unless their journeys were essential and to be prepared for delays, given the speed restrictions which were imposed to ensure safe ongoing operation of the network and the likelihood of heat-related problems, on what proved to be the hottest day ever recorded in the region and the wider UK.

“The 16.57 Stansted Airport to London Liverpool Street service was unable to proceed and passengers were safely evacuated from the train.”

“Staff from Greater Anglia, Network Rail and British Transport police assisted with the evacuation, and passengers were escorted on a very short walk to Broxbourne Station.

“People who travelled on this train are entitled to delay repay compensation and we would encourage them to contact us direct.”