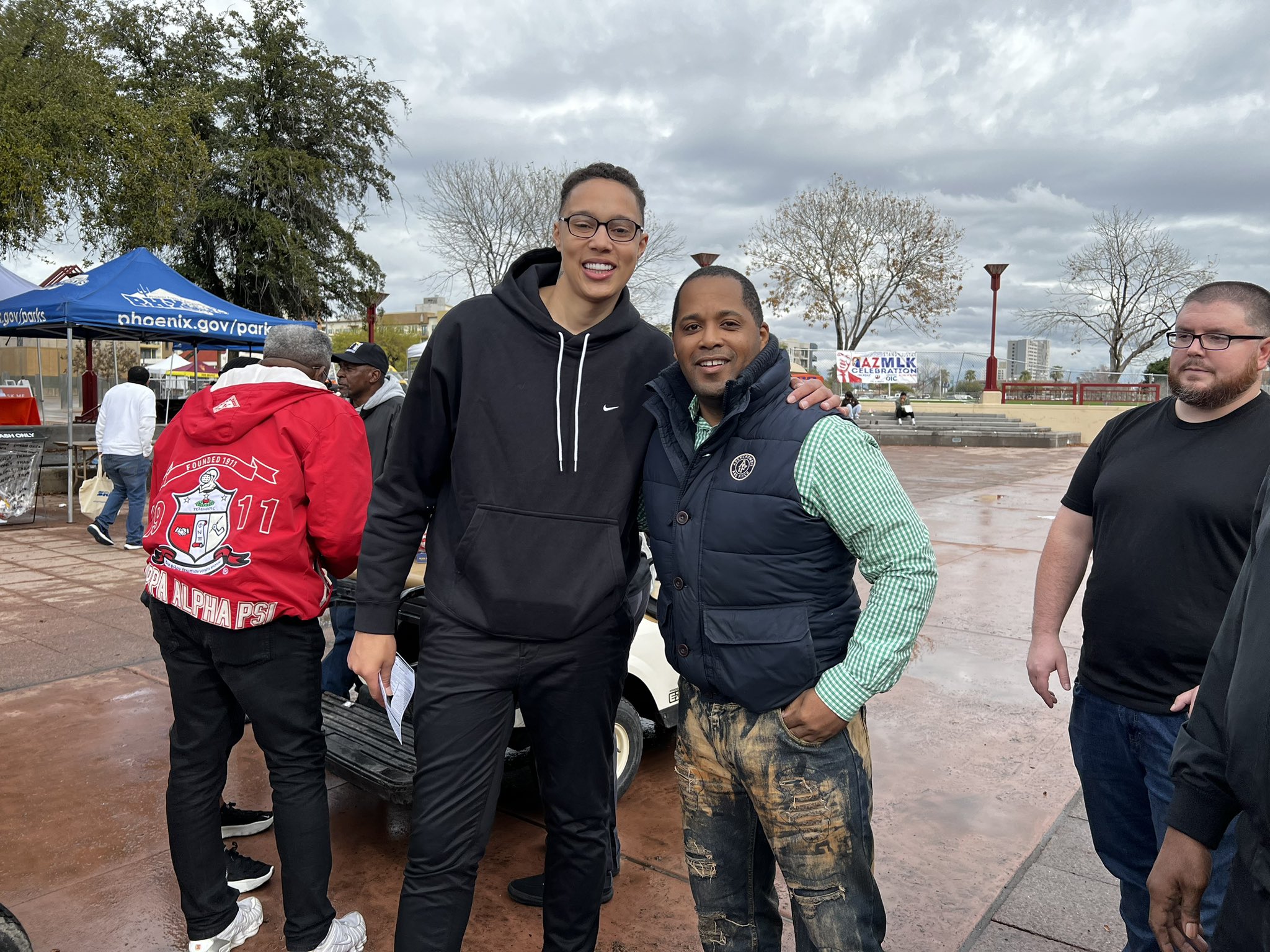 The Phoenix Mercury center reportedly told the crowd that she was ‘glad to be home.’

WNBA star Brittney Griner is back to making public appearances just 39 days after she was released from a Russian penal colony. On Monday, the 32-year-old Phoenix Mercury center joined a Martin Luther King, Jr. celebration in Phoenix, Arizona alongside her wife Cherelle Griner, taking time to greet fans and pose for photos.

Griner reportedly told the crowd at the event that she was “glad to be home” and talked about what it’s like to be a Houstonian, per Jonathan McCall of NBC News affiliate KPNX, which is based in Phoenix. She was also spotted riding around on the back of a golf cart with her arm around her wife. Cherelle also shared photos on her Instagram stories standing next to Griner, captioning it “Happy MLK Day!”

BG posed for pictures with fans.

Talked about being Houstonians.

On Feb. 17, 2022, Griner was arrested at a Moscow airport for carrying cannabis oil on her luggage. She was sentenced to nine years in prison on drug smuggling charges but was released 10 months later on Dec. 8  through a prisoner swap for notorious international arms dealer Viktor Bout.

After her release, Griner was flown to San Antonio, where she reunited with her wife and family members. On Dec. 16, Griner posted her first public message on Instagram. “It feels so good to be home!” she wrote in the caption. “The last 10 months have been a battle at every turn. I dug deep to keep my faith and it was the love from so many of you that helped me keep going. From the bottom of my heart, thank you to everyone for your help.”

Griner also signaled her intentions to play for the Phoenix Mercury in the coming season. “I also want to make one thing very clear: I intend to play basketball for the WNBA’s Phoenix Mercury this season, and in doing so, I look forward to being able to say ‘thank you’ to those of you who advocated, wrote, and posted for me in person soon.” In a follow-up post a few days later, Griner encouraged her fans to write to Paul Whelan, a U.S. marine veteran who remains imprisoned in Russia on espionage charges, and continue “to advocate for other Americans to be rescued and returned to their families.”

Here are 8 things rich people do differently that make them…