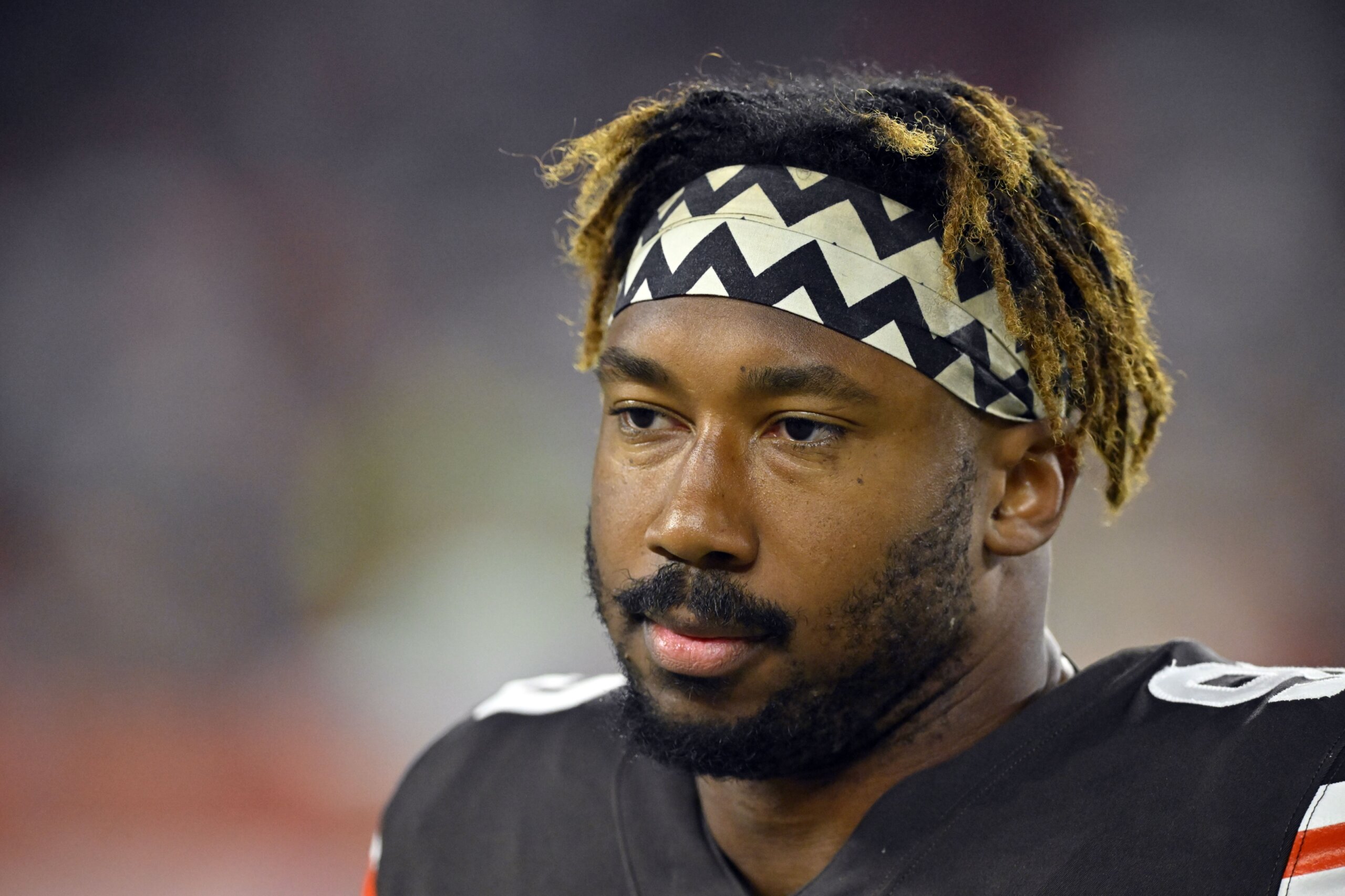 BEREA, Ohio (AP) — Myles Garrett high-stepped through a stretching drill, turned and winked at cameras chronicling his every move.…

BEREA, Ohio (AP) — Myles Garrett high-stepped through a stretching drill, turned and winked at cameras chronicling his every move.

Nine days after he walked away from a car crash, Garrett seemed excited to be back practicing with the Browns.

Cleveland’s All-Pro defensive end returned to the field Wednesday for the first time since sustaining several injuries when he lost control while speeding, veered off the road and flipped his Porsche.

Garrett didn’t play in Sunday’s 23-20 loss to the Atlanta Falcons while he recovered from a sprained shoulder, strained biceps, cuts, bruises and a broken eye blood vessel suffered in the wreck on Sept. 26.

Garrett felt grateful that he and a female passenger avoided more serious injuries. The Browns are happy he’s close to playing.

“Good to have Myles even in the walkthrough, just having his presence and having him in the meetings,” coach Kevin Stefanski said before practice. “He’s a big part of what we do, so good to have him back out there. I haven’t seen him practice yet. He’s worked out, obviously off to the side. But I get to watch practice today and get a good feel for where he is.”

It’s too early to know if Garrett, who had a sleeve on his right arm, will play Sunday against the Los Angeles Chargers. But the 26-year-old looked ready during the portion of Wednesday’s workout open to media members.

Without Garrett and defensive end Jadeveon Clowney, who missed his second game in a row with an ankle injury suffered on Sept. 18, the Browns lacked a strong pass rush against the Falcons. Atlanta also ran the ball at will, racking up 202 yards rushing.

Clowney continues to be sidelined. Stefanski said he hopes the three-time Pro Bowler will practice this week.

Cleveland’s defense did get back cornerback Greedy Williams, who missed the first four games with a hamstring injury.

Strong field minus Woods in Bahamas, Australia a mixed event