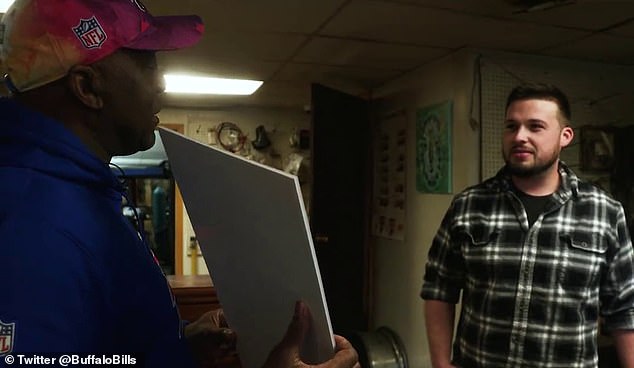 Buffalo blizzard hero Jay Withey, 27, is gifted two tickets to the Super Bowl for rescuing stranded motorists during last month’s snow storm… which saw the selfless New Yorker break into a school to shelter 24 people with town under 52 INCHES of snow

By Oliver Salt For Dailymail.Com

A selfless New Yorker who broke into a school to rescue stranded motorists during last month’s deadly blizzard in Buffalo has been rewarded with two tickets to this year’s Super Bowl.

Jay Withey, 27, produced an incredible act of heroism when he helped shelter 24 people east of Buffalo in the town of Cheektowaga, which was left under 52 inches of snow during a blizzard which killed at least 37 people.

As the storm grew more and more vicious on Christmas Eve, Withey initially took shelter in his car along with two others, before breaking into the school to save himself and fellow motorists when his vehicle ran out of fuel.

After smashing a window to get into Pine Hill School, he went back for others who were also stranded on the roads and soon got them inside to safety. 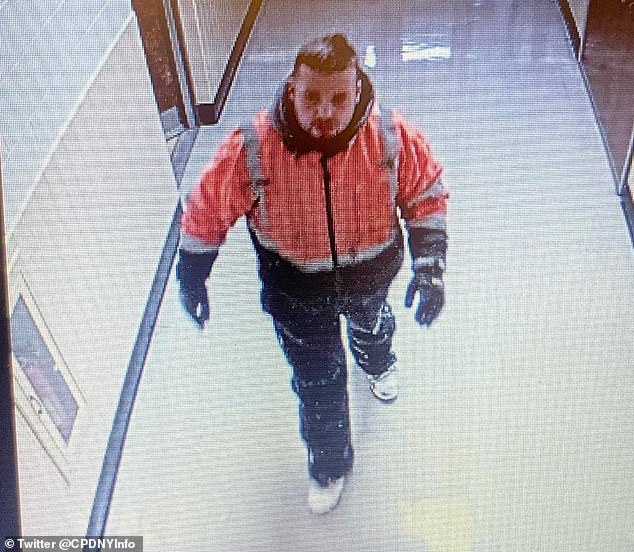 ‘My mission was just to keep going out and grabbing as many people as I can and to just keep going,’ Withey said, according to NBC News (via People). ‘I just kept walking, and I walked until I cried and I couldn’t walk any further. I was just beat.’

Withey even left a note to apologize for breaking into the school and taking supplies despite the desperate circumstances.

‘To whom it may concern, I’m terribly sorry about breaking the school window and for breaking in the kitchen,’ he wrote in the note.

‘Got stuck at 8 p.m. Friday and slept in my truck with two strangers just trying not to die. There were 7 elderly people also stuck and out of fuel. I had to do it to save everyone and get them shelter and food and a bathroom. Merry Christmas.’

As a reward for his life-saving actions, the Buffalo Bills presented Withey with two tickets to Super Bowl LVII – which takes place in Glendale, Arizona on February 12 – last week and the hero of the hour was clearly taken aback. 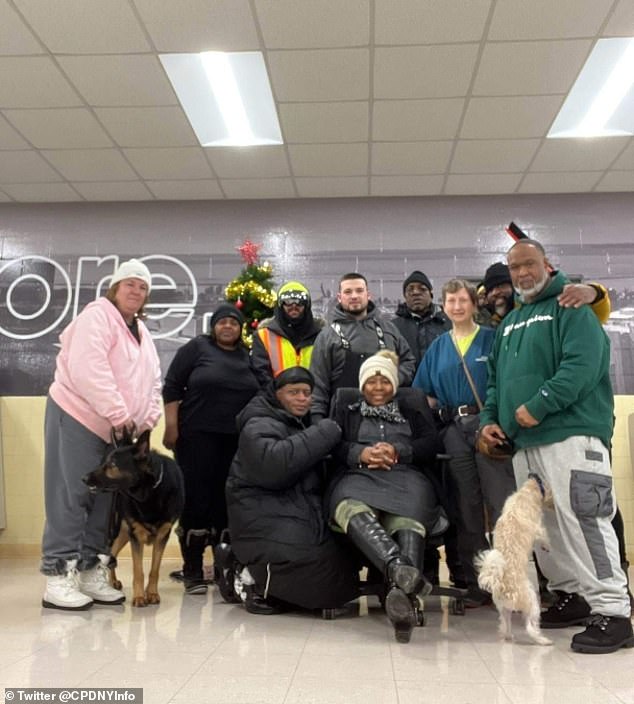 The motorists, some of which are pictured here with Withey, were able to take shelter as temperatures dropped and the storm bore down 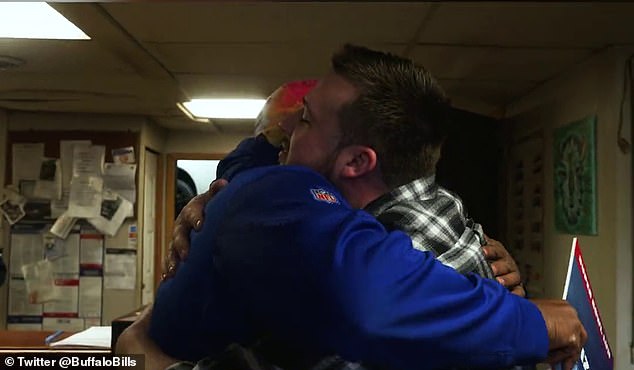 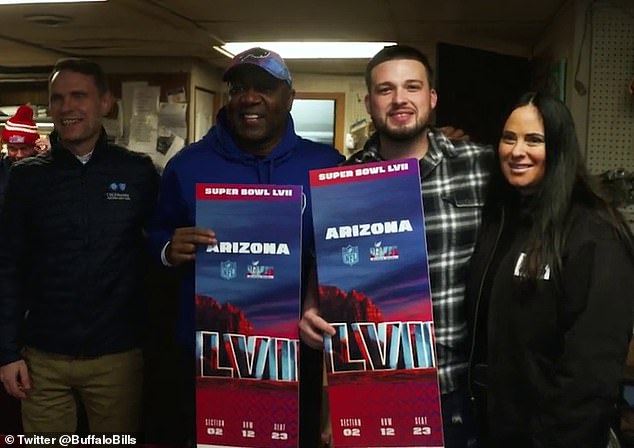 Former Bills running back Thurman Thomas and his wife Patti surprised him with the tickets in a heartwarming video posted on the NFL team’s Twitter account.

Thomas told Withey while handing him the tickets: ‘We love you. We know what you did on Christmas Eve was very heroic and you are our hero, and the Bills and Highmark want to present you with these tickets to go watch the Super Bowl.’

Withey could then be heard saying: ‘I can’t believe the amount of reach-out it got. I mean, I got thank-you letters from Australia. I can’t believe how far it got, but it was wild.’

The Cheektowaga hero may find himself watching the Bills in this year’s Super Bowl after Buffalo claimed a 34-31 win over the Miami Dolphins in their opening NFL playoff on Sunday.

They are now set to face the Cincinnati Bengals in the Divisional Round of the competition this weekend.