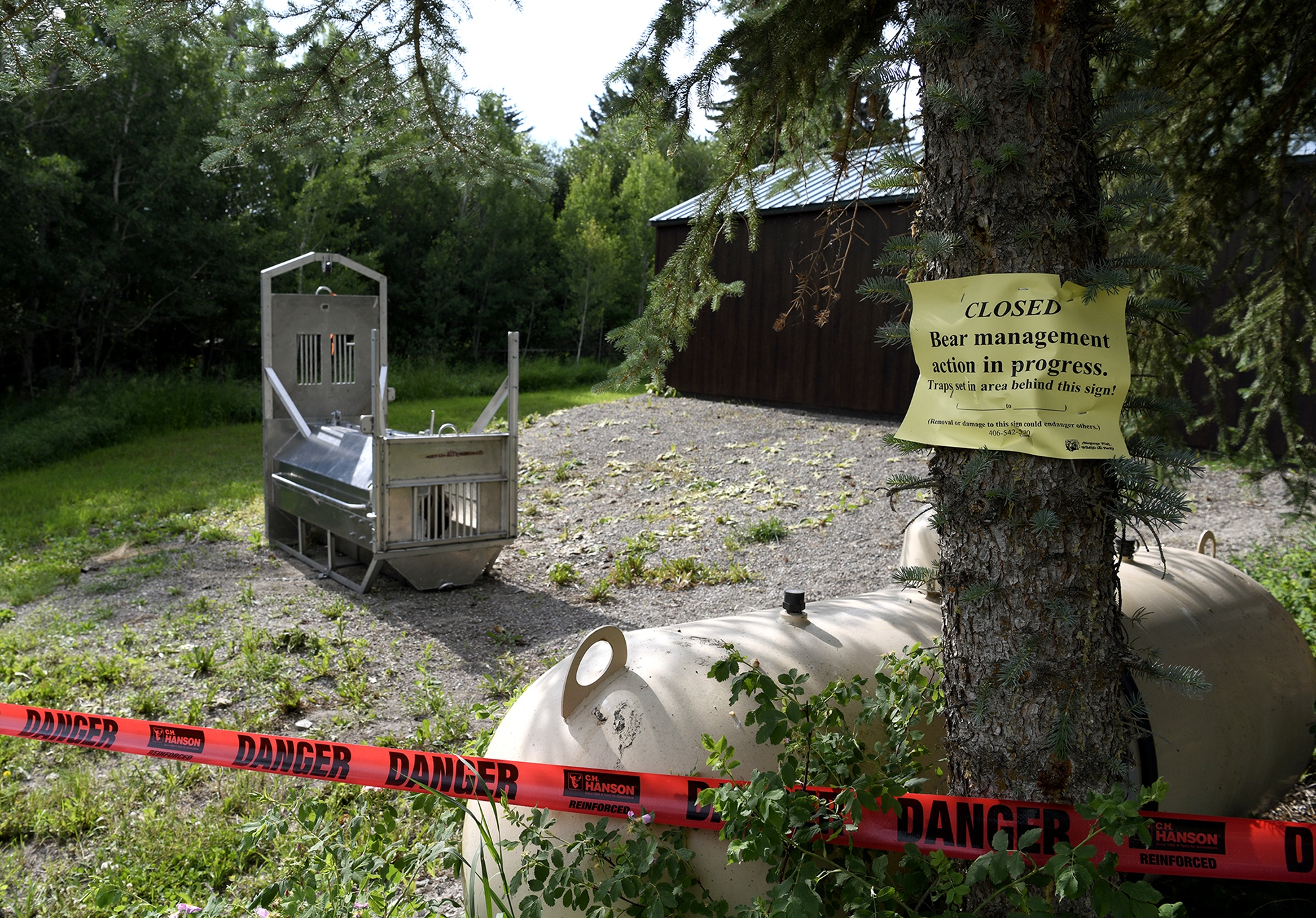 HELENA, Mont. (AP) — A California woman who was fatally mauled by a grizzly bear in western Montana last summer…

HELENA, Mont. (AP) — A California woman who was fatally mauled by a grizzly bear in western Montana last summer was the victim of a rare predatory attack by a bear that had learned to seek out human food and was likely attracted scents near her tent and others left behind from recent Independence Day picnics, wildlife officials said.

Leah Davis Lokan, 65, of Chico, was pulled out of her tent and mauled in the pre-dawn hours of July 6, 2021 in the small town of Ovando, along the banks of the Blackfoot River, made famous by the movie “A River Runs Through It.” The town borders a huge expanse of forested land that is home to an estimated 1,000 grizzlies.

About an hour before the mauling, the bear had approached the tents of Lokan and a Texas couple who were camping behind a museum. They were able to scare the bear away.

Lokan, a retired nurse, told the couple that the bear “huffed at my head,” according to the incident report by the Interagency Grizzly Bear Committee’s Board of Review. The report determined the grizzly was what is known as a “food-conditioned” bear, which means it had learned to find human food.

Lokan declined an offer to go sleep at a hotel where her sister and their friend were staying, investigators reported. The women were participating in a long-anticipated bike ride along the Great Divide Mountain Bike route.

After the first encounter, Lokan took some packaged snack foods and dry lentils out of her tent and retrieved a can of bear spray, the investigation found.

However, her toiletries — in two bags that had previously held dried blueberries and still smelled like berries — remained in the tent, investigators said. She had food stored in the saddle bags of her bicycle, about 10 feet (3 meters) away from her tent, the report said.

The Texas couple awakened just after 4 a.m. to noises that indicated Lokan was being attacked. The man yelled at the bear and deployed his pepper spray after seeing the bruin “pouncing up and down” on Lokan and her tent.

The 417-pound (189 kilogram) male grizzly bear broke her neck and severed her spine, an autopsy found, causing instantaneous death. A nearly empty can of bear spray that appeared to have been recently deployed was found under her tent, officials said.

The bear that mauled Lokan was shot thee days later while raiding a chicken coop near Ovando. DNA tests confirmed it was the same grizzly bear that also raided a different chicken coop in the hours after the mauling. The bear was 4 to 7 years old, investigators said.

“Not all bears exhibiting food-conditioned behavior exhibit predatory behavior. But for some unknown reason a predatory response was triggered in this bear,” the June 28 report said. “While foraging under the cover of darkness in Ovando, perhaps due to a simple movement made by the sleeping victim, or a certain sound made by the victim, the bear reacted and ended up taking the life of Ms. Lokan.”

Wildlife officials recommend that if a grizzly bear approaches an occupied tent, campers should seek shelter in a building or vehicle and should not return to the tent for the night, the report said.

The investigators also urged organizers of the Tour Divide bicycle race to inform participants that they are racing through grizzly and black bear country, educate them about proper food storage, encourage them to carry pepper spray and be observant.

Lokan’s family suggested bear spray manufacturers include a unique whistle in a bear spray trigger that could alert others as well as be an additional deterrent to bears, the report said.