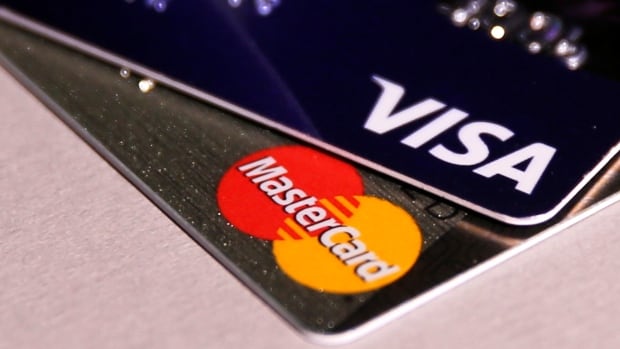 As high inflation rates drive up the cost of essentials, consumers are putting purchases small and large on their credit cards to alleviate some immediate financial pressure.

A Tuesday report by credit bureau Equifax Canada shows the practice is driving Canadians into debt as balances begin to outpace the ability to pay credit off.

The report states that in the most recent quarter, credit card balances rose to their highest level since the final quarter of 2019. There was a 6.4 per cent increase in credit balances between the first and second quarters this year — and people are buying more credit cards, too.

“Overall consumer debt is on the rise,” said Rebecca Oakes, vice-president of advanced analytics at Equifax Canada. She added that an increase in non-mortgage debt was one of the more enlightening trends to emerge from the report.

Somewhat expectedly, mortgage debt continues to climb because of high house prices and, in recent years, low interest rates that have buoyed people to take advantage of the market.

But it’s the debt accrued outside of the housing market that spells trouble.

“We all know that house prices have been going up over the last couple of years … some mortgage debt has also increased, but it’s really that non-mortgage component part that we’re interested in right now.”

Consumers who have a low credit score and are already at risk of missing payments are among the most likely to have seen a shift in credit balance. For those with a credit score lower than 620, there has been a 16.2 per cent increase in their credit balance since the second quarter of 2021.

But a rise in credit card debt can be seen across the board, Oakes said. “It’s lots of people across all age groups, across a lot of different credit risk scores, across different regions.”

All the while, lenders are offering “unprecedentedly” higher credit limits, Oakes said. According to the Equifax report, the current average credit limit rests at $5,800.

That fifth consecutive monthly increase was a recent indicator that Canadians are increasingly relying on credit cards to manage inflated costs — as are other consumer trends, such as “buy now, pay later” services, which are used to purchase food, clothes and tech.

“I’m about to go buy a computer on my mom’s credit card because I have no other option,” he said.

Several people interviewed by CBC News said that as inflation and interest rates have risen, and the cost of living has become more expensive, they haven’t seen wage increases to make up for the difference.

“None of us have gotten a raise since inflation has gone up, so your cost of living is going higher and not your wage. So, of course people are going to be using their credit cards,” said Melanie McQuillan from Vancouver.

With interest rates going up, “anyone who has a loan, a mortgage variable rate, mortgage line of credit, home equity on credit, some student loans — they’re going to be paying more, so that’s going to add to being a little bit more cash-strapped,” Taylor said.

Analyzing a credit card bill for forgotten monthly expenses or subscription purchases is one way to save money, she says. At the grocery store, the unit price — the price per measurement — under each item is the most reliable indicator for deals, she says.

The Bank of Canada has been aggressively hiking borrowing rates since the beginning of the year to combat high inflation, which peaked in June at 8.1 per cent.

Russia’s war in Ukraine drove global inflation even higher starting in February, with food and energy prices skyrocketing and supply chain delays contributing to extra costs at the retail level.

In July, the central bank announced an additional considerable rate hike of 2.5 per cent. But Canadian economists are expecting yet another significant increase next week during a Sept. 7 meeting.

Taylor notes that as pandemic-related restrictions ease up, people are paying more just to get out of the house: a road trip to see a relative that requires a full tank of gas, an expensive plane ticket for further travel, or even picking up the tab at a restaurant or bar.

She, too, says that as inflation crept up to eight per cent, Canadians noticed their wages staying the same — and these consumers are turning to credit cards to “mind the gap.”

Esther Imafidon, who moved to Canada from Italy in 2019, said that she has been relying on her credit card and isn’t currently able to save money as she racks up interest on missed payments.

Taylor says that a turn to credit cards is “really the first step that people take when they have a shortfall because it’s really easy to do.”

“There’s not a lot of friction when it comes to tapping a piece of plastic to cover that shortfall.”

What’s the right way to call in sick when I’m not sick?

I’m a Celebrity’s Charlene White breaks down in…