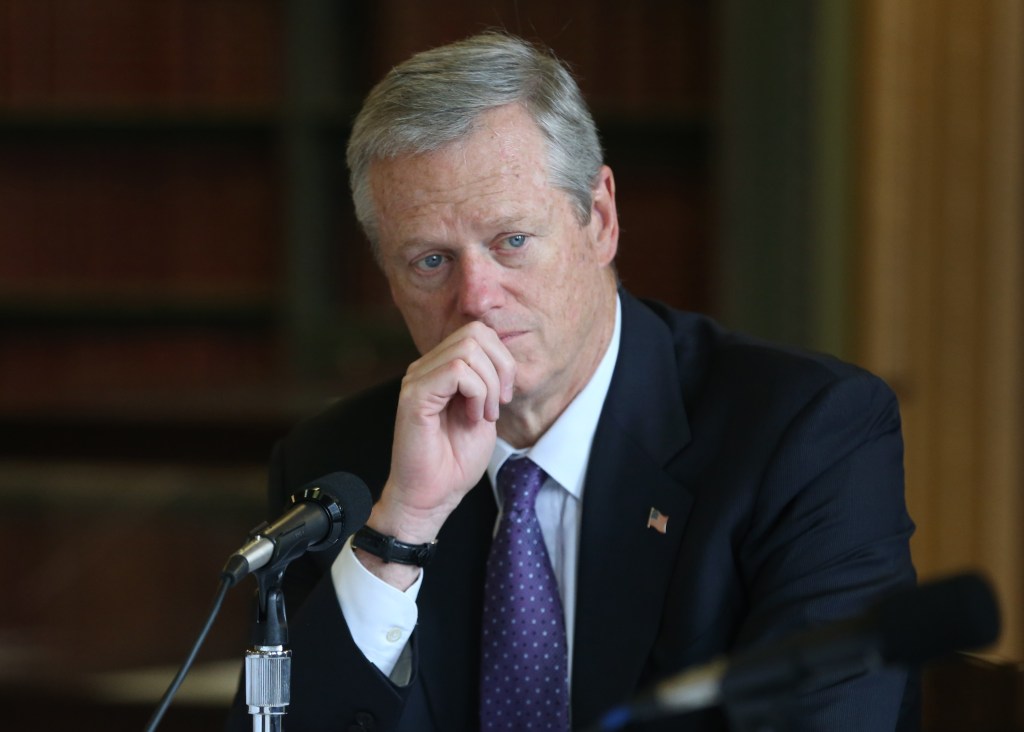 For the guy who’s supposedly the most powerful person on Beacon Hill, lame duck Gov. Charlie Baker sure is getting spanked a lot on his way out the door.

He’s a pariah in his own Republican party and viewed mostly as a doormat by Democratic lawmakers who are really in charge.

The latest major Baker snub came last week when legislators sent to a dead end committee a bill authored by the governor that would have expanded the court’s ability to detain suspects they deem dangerous threats.

The move by the liberal Legislature to kill the bill this year incensed Baker, who for months brought in victims of violence and sexual abuse to drive his point home. It may be an all time low point in his dealings with the Legislature.

And it takes a lot to get Baker that angered. He’s not exactly a firecracker.

The Republican governor has essentially been on cruise control for the last few months, traveling out of state more frequently like other previous governors have done in their final terms.

While he was out, the Legislature ruled the roost like they usually do.

No Massachusetts governor is ever the most powerful politician in the state, something Baker’s deluded supporters should know. That title belongs to the House speaker or sometimes the Senate president, who control legions of simpleton lawmakers who do whatever they say. Baker has the bully pulpit — that’s all.

It’s always been that way in Massachusetts,  no matter which party the governor belongs to.

But after years of getting dissed and ignored by arrogant Democratic lawmakers, Baker can finally get some payback if he really wants.

Baker can use his veto pen in the next ten days and the Legislature can’t do anything about it, because procrastinating lawmakers waited so long to get a budget passed.

Baker will likely amend a few bills and shift around some spending. But it’s a short-lived and hollow victory for Baker. Lawmakers can overturn anything the governor does in the next legislative session.

And it’s not even clear if Baker has the guts to really take on Democratic leaders, with whom he generally has had a nauseatingly cozy relationship.

The Republican governor seems a lot more comfortable with his Democratic counterparts than other fellow Republicans these days.

The state GOP is far away from Baker both personally and politically.

The governor will go out the door an unpopular outsider in his own party and a powerless tool to Democratic legislators.

They may complain about last-minute vetoes Baker makes but they know they’ll still be in charge when the next legislative session comes around.

Up to 300,000 people in Britain are unaware they may have potentially deadly heart condition