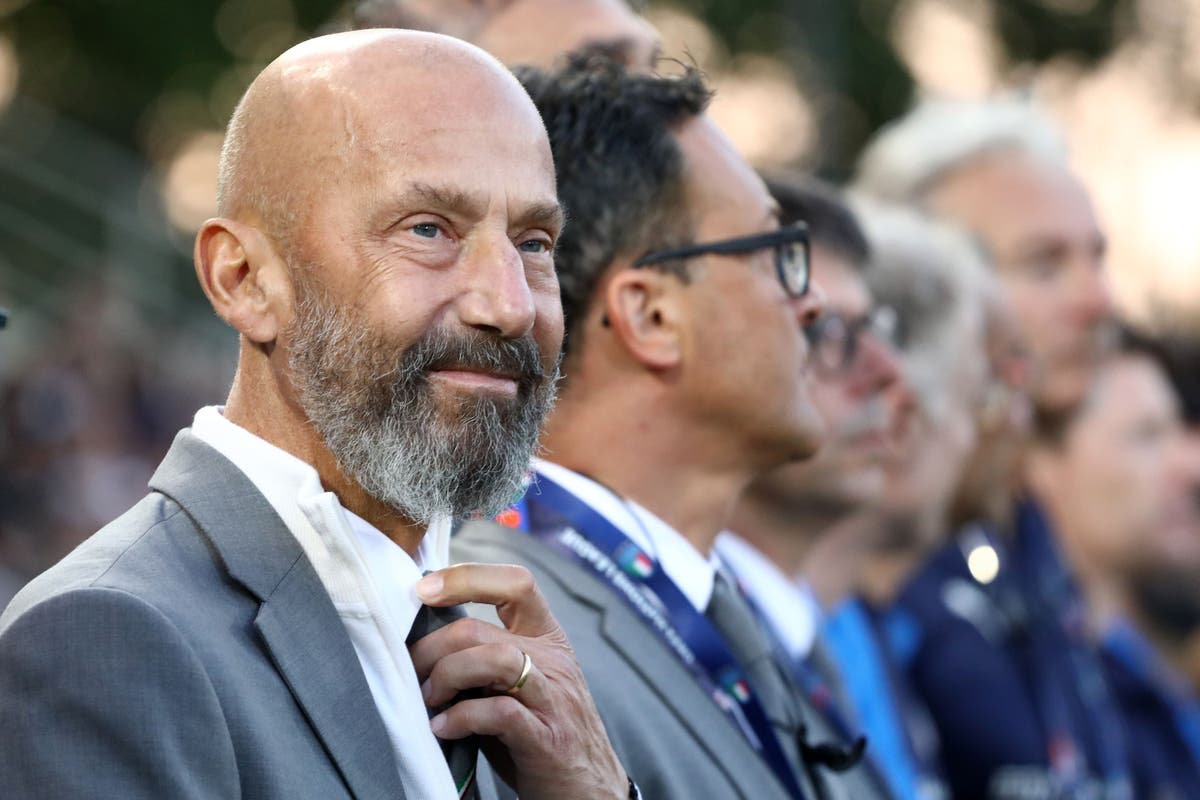 The former Italy striker had been working with the national team under head coach Roberto Mancini, his former striker partner at Sampdoria, but on December 14 it was announced he would be stepping away from his role to focus on his treatment.

Vialli had said the move was “hopefully temporary”, but just before Christmas, his 87-year-old mother, Maria Teresa, travelled from Italy to London to be at her son’s hospital bedside, suggesting his condition was serious.

Vialli joined Chelsea from Juventus, where he had won the Champions League, in 1996 and became the first Italian to manage in the Premier League when he was appointed player-manager by then chairman Ken Bates in 1998.

His time at Stamford Bridge was also notable for handing a debut to John Terry, who would go on to become one of the Blues’ greatest-ever players and captains and never forgot Vialli’s contribution to his career.

Vialli also had a short spell in charge of second-tier Watford during the 2001-02 season, but was dismissed after the Hornets finished 14th. He never took another job in management, but remained in London. In 2003, he married Cathryn White-Cooper, with whom he had two daughters.

Chelsea tweeted this morning: “You’ll be missed by so many. A legend to us and to all of football. Rest in peace, Gianluca Vialli.”

He came through the ranks at Cremonese and helped to lift his hometown club into Serie B, before joining Sampdoria, where, alongside Mancini, he formed one of the most feared strike partnerships in Europe.

Vialli and Mancini were a lethal pairing, helping Sampdoria to win a hat-trick of Italian Cups, the European Cup Winners’ Cup and their first and only Serie A title in 1991, with Vialli finishing as the league’s top scorer that season.

The pair also inspired Sampdoria to the European Cup Final in 1992, only to lose after extra-time to Johan Cruyff’s Barcelona side.

Vialli joined Juve in 1992 in a then world-record £12million deal and captained them to their Champions League win over Ajax on penalties in 1996.

In an emotional tribute, Sampdoria wrote: “You gave us so much, we gave you so much: yes, it was love, reciprocal, infinite. A love that will not die today. We will continue to love and adore you.”

Vialli revealed he had undergone radiotherapy and chemotherapy treatment in November 2018, having been diagnosed a year earlier. He was given the all-clear in April 2020, but in December 2021 revealed the cancer had returned.