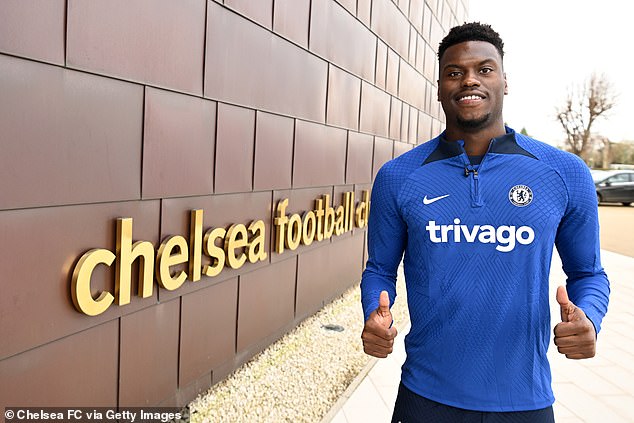 Chelsea new boy Benoit Badiashile says he cannot wait to play alongside ‘legend’ Thiago Silva… as the £35m defender names Frank Lampard, John Terry and Didier Drogba as some of his favourite players in the club’s history

By Adrian Bishop For Mailonline

Benoit Badiashile has revealed his excitement at getting the chance to play alongside Thiago Silva at Chelsea.

The 21-year-old starlet joined the club from Monaco on a seven-and-a-half year deal for £35million earlier this month.

In his first interview since joining Chelsea, Badiashile toured the club’s training facilities and expressed his excitement at getting the chance to play alongside some of the established stars of the squad.

‘I know Wesley [Fofana] well. He and I have played together for the national team and I’m really happy to be able to join him here.’ Badiashile told Chelseafc.com.

‘Then there are some huge names in this dressing room like Thiago Silva, a legend. He’s a player I look up to and so I am really happy to have the opportunity to play next to him. Then there’s N’Golo Kante, we all know what he has brought to this club.’

The France international also paid homage to some of the stars of the club’s all-conquering side of the mid-2000s.

‘I’ve followed the club for a long time now and I admire the history of the club. It is a pleasure to be able to play here. Chelsea is a great club with great players John Terry, Frank Lampard and Didier Drogba are some of the players I used to watch when I was younger. 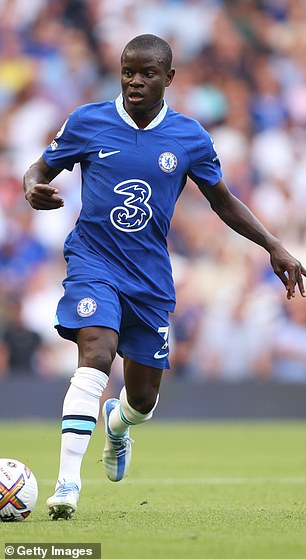 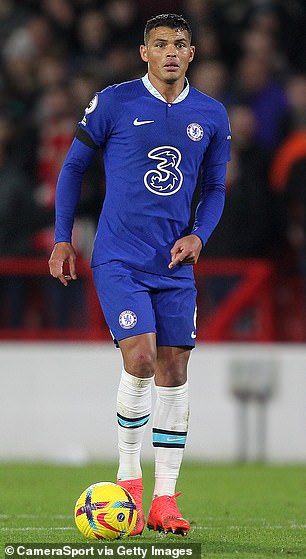 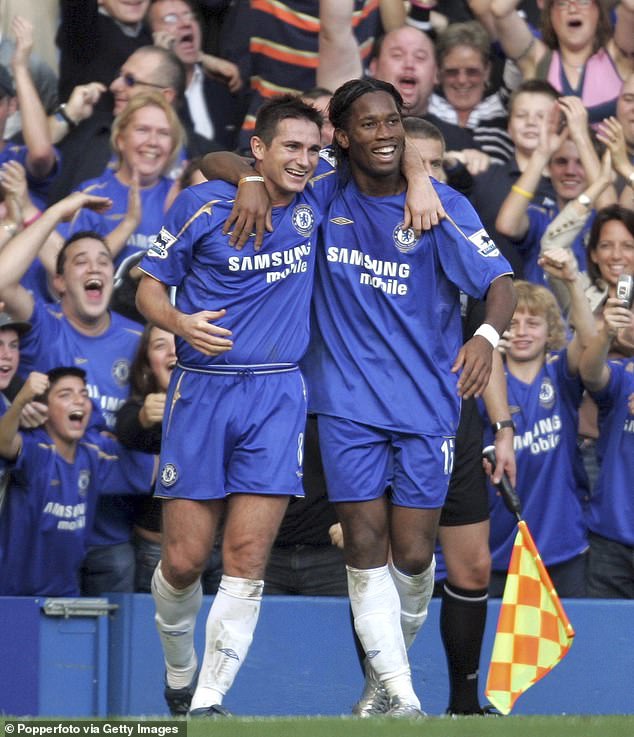 The defender also paid tribute to some of the club’s legends, naming Frank Lampard and Didier Drogba among those he admires

‘It is a real pleasure to be able to play at a club that has had the likes of these players in the changing room.’

Badiashile also offered his analysis of his playing style and explained that he is excited to work under Graham Potter at the Blues.

‘On the pitch, I am very composed on the ball. I like to take the ball up the pitch, break down the lines of play and keep possession.

‘The manager is someone that likes to keep possession and likes the team to move the ball up the pitch. I think this is a philosophy that suits me well and I’m very proud to be able to work with him.’