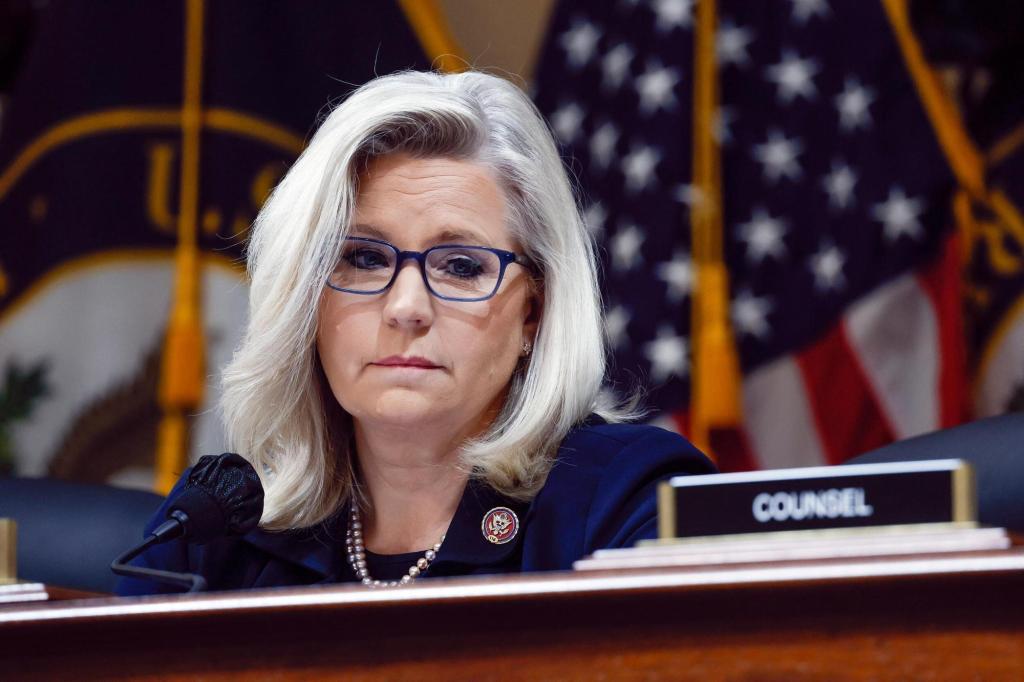 “We’ll make a decision as a committee about it,” the Wyoming Republican told ABC News when asked about the prospect of referring Trump for prosecution and saying “yes” when asked whether a referral of Trump was possible.

Cheney’s remarks come days after explosive testimony before the panel investigating the January 6, 2021, attack on the US Capitol from former White House aide Cassidy Hutchinson, who recalled being told of Trump’s anger when informed by his Secret Service detail he couldn’t accompany protesters to the Capitol on January 6.

Meanwhile, Illinois Rep. Adam Kinzinger, the other Republican serving on the January 6 committee besides Cheney, told CNN’s Dana Bash on Sunday that Cassidy’s testimony had “been inspiring for a lot of people,” and that more witnesses have come forward since her explosive revelations last week, adding “there will be way more information — and stay tuned,” without elaborating further.

Kinzinger said on “State of the Union” that he didn’t want to “get into who or any of those details” about potential new witnesses, but noted that “every day we get new people that come forward” to the committee.

In her testimony, Hutchinson said she was told by former White House deputy chief of staff Tony Ornato that Trump tried to grab the steering wheel of the car and lunged at Secret Service agent Bobby Engel on January 6 when he was told they were going back to the West Wing and not to the Capitol.

Since then, Hutchinson’s sworn testimony has been questioned by some Trump allies, not speaking under oath.

But two Secret Service sources told CNN that stories had circulated about the incident — including details that are similar to how Hutchinson described it to the January 6 committee. The Secret Service has said the agents involved in the described incident, some of whom were already interviewed by the panel, will be made available to testify again under oath.

When asked by Bash if Ornato would testify before the committee, Kinzinger responded that “there’s information I can’t say yet,” adding, “But we certainly would say that Cassidy Hutchinson has testified under oath. We find her credible and anybody that wants to cast disparagements on that, that was firsthand present, should come and also testify under oath.”

“What she said is this is what she heard. At no point did she say she was in the Beast with the President and saw this happen,” KInzinger added, noting that no one has come forward to dispute the fact that Trump wanted to go to the Capitol on January 6.

The January 6 committee has been split on the issue of criminal referrals, even as members are in wide agreement that Trump committed a crime when he pushed conspiracies about the 2020 election. Cheney told ABC News it was probable that the panel would take a stance on whether Trump should be prosecuted.

“We may well as a committee have a view on that,” she said. “If you just think about it from the perspective of: What kind of man knows that a mob is armed and sends the mob to attack the Capitol and further incites that mob when his own vice president is under threat?”

“It’s very chilling, and I think certainly we will continue to present to the American people what we’ve found,” she continued.

Cheney also said the committee had evidence corroborating Trump’s fury at being told he couldn’t go to the Capitol on January 6.

“The committee has significant evidence on a whole range of issues, including the President’s intense anger,” she said. “You will continue to see in coming days and weeks additional detail about the President’s activities and behavior on that day.”

Cheney, who has experienced significant blowback from fellow Republicans for her denunciations of Trump and her role leading the investigation into the January 6 riot, insisted the proceedings are not meant to politically disqualify Trump from running for president again.

Instead, she said they were intended to ensure the American people have an accounting of what happened that day, even as she acknowledged there wasn’t a “single thing” she’s learned that made her less concerned about Trump returning to the White House.

“A man as dangerous as Donald Trump can absolutely never be anywhere near the Oval Office ever again,” she said.

CNN has previously reported that Trump is anxiously mulling when, exactly, he should announce a 2024 presidential run — a decision that has become even more pressing as he tries to reclaim control of his image following the spate of damaging revelations by the January 6 committee.

Cheney, who is facing an uphill climb in her bid for reelection in Wyoming, said the Republican Party would not survive if Trump is selected as the GOP presidential nominee in 2024.

While she refused to rule out a presidential bid of her own, she said her focus was currently elsewhere.

Padres try to break road slide, take on the Dodgers

‘I’m Pro-Life,’ ‘I Care About the Fact that There’s More Black Babies Aborted than…