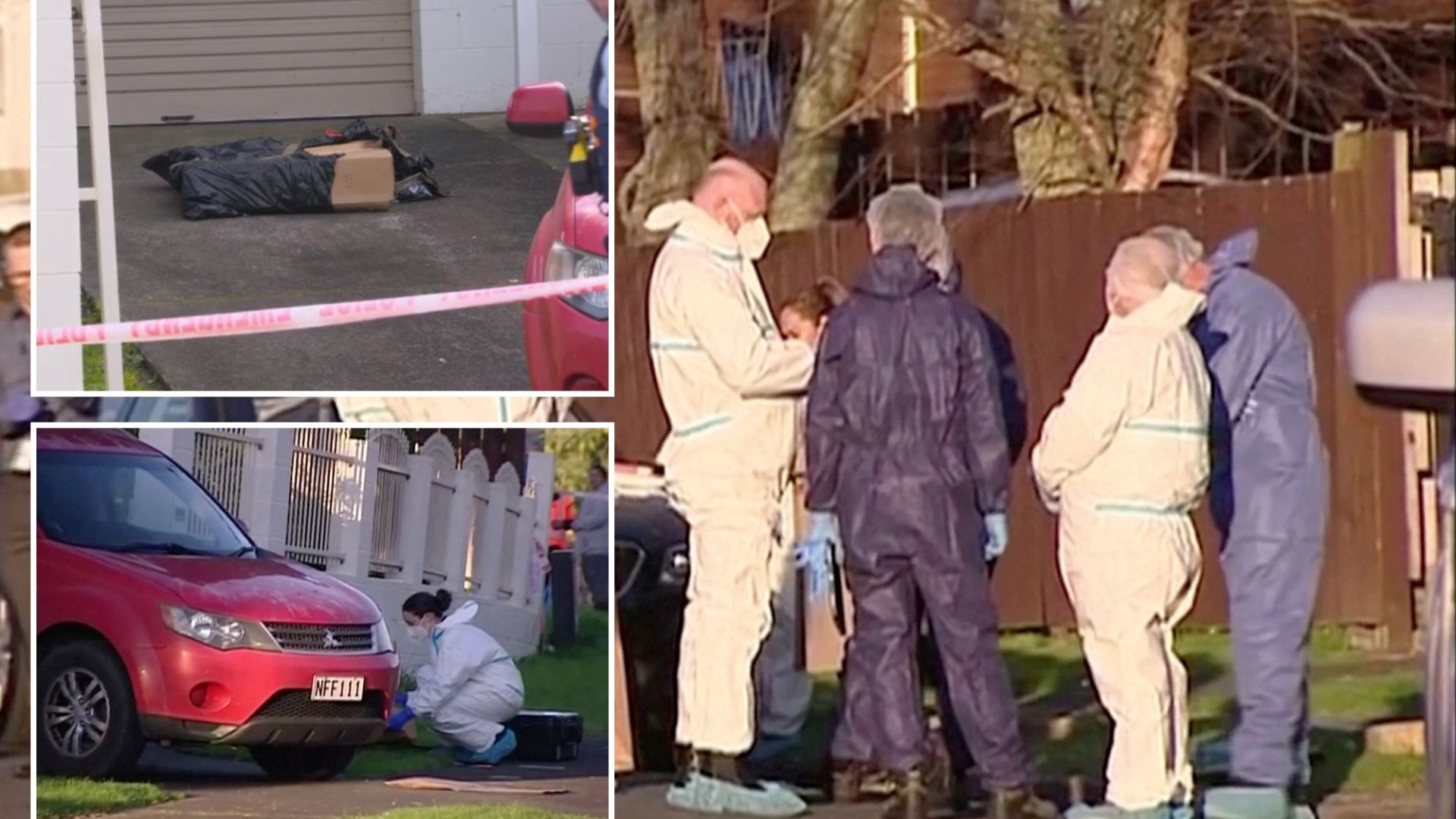 DETECTIVES are urgently trying to solve the chilling mystery of two dead kids found stuffed in suitcases won at a Storage-Wars style auction.

Cops said the decomposing bodies may have been hidden for years before they were found by a family sifting through the contents of an abandoned storage unit in New Zealand.

Buyers are not allowed to examine the contents before bidding on a unit and the unwitting family towed what they bought back on a trailer.

Cops arrived at their house in Auckland last Thursday after being called in by the shaken buyers, as neighbours reported a hideous smell coming from the home.

Detective Inspector Tofilau Faamanuia Vaaelua has now revealed the two bodies are those of two children aged between five and ten years old.

They may have been inside two suitcases of similar size for between three and four years, he said.

“I really feel for the families of these victims,” Vaaelua said.

“This is no easy investigation. No matter how long or how many years you serve and investigate horrific cases like this, it’s never an easy task.

“The investigation team is working very hard to hold accountable the person or persons responsible for the death of these children.”

He said detectives were “still on a fact-finding mission and we still have a lot of unanswered questions”.

Key clues to solving the case will include DNA testing, examining the toys and personal items found with the cases, working with experts at Interpol, and tracking down who put the cases into the storage unit.

Relatives of the victims are thought to be in New Zealand – but confirmed the family who found the bodies are not involved.

The children have not yet been identified and Vaaelua said he felt for their families, who might not be aware they were dead.

“A lot of us are parents and we have a job to do and we’re doing our very best to identify the victims,” he said.

“What I can say is we are making very good progress with DNA inquiries.”

Three hearses were reportedly seen outside the property as the remains were taken away for examination.

Vaaelua said he could not comment on the genders of the children – or whether they were related.

Once the children have been identified, police said the priority will be to notify their next of kin.

A post-mortem examination is being carried out on the remains.

Toys found in the cases

At the time of the discovery last week, a neighbour said there was “kids stuff in the back of the trailer: prams, toys, walker”.

Cops confirmed there were household and personal items found with the suitcases.

And detectives are using those to assist with identifying the victims.

There might be DNA and fingerprints on the toys – and there might be clues in the household items, such as addresses.

Vaaelua said: “Our priority remains on confirming the identification of the deceased and results of further examinations and tests are still pending.”

Cops in New Zealand revealed they are working with international criminal agency Interpol in their investigation.

Interpol is an international network of police forces in 195 countries.

“We’ve commenced inquiries with overseas agencies. I cannot state any further than that,” Vaaelua said.

He said the nature of the discovery “means this is a complex investigation”.

“We are doing our very best to conclude the inquiry and figure out what happened to these young children,” he said.

“This is no easy investigation.”

Vaaelua told reporters: “We are determined to hold the person, or persons, responsible for the deaths of these children to account.”

Tracking down the owner of the unit

The suitcases had been in the storage unit for between three and four years.

Forensic examinations of the storage facility have reportedly been completed.

Cops will now trawl years of CCTV to find out who put the suitcases in the unit.

It’s hoped this will lead to the identification of someone who might have information about the children.

Vaaelua said police are following “positive lines of inquiry” in terms of the storage unit rental.

But he said the number of years that had passed could make finding CCTV more challenging.

Cops have been hesitant to reveal too many details about what police knew of the renters or owners of the storage unit, New Zealand Herald reports.

Speaking at a news conference on Thursday, Vaaelua couldn’t confirm whether police had spoken with the storage unit’s previous owner.

The boss of the storage company, Safe Store Ltd, confirmed the business is cooperating with the cops in the grisly investigation.

“We won’t say anything because it is under police investigation, and we are cooperating with police,” the director said.

Companies often auction off abandoned units to get back some of the unpaid rent – a practice which even inspired TV show Storage Wars in the US.

The series set in California has run for more than a decade starting in 2010 – with the latest series in 2021.

Storage units are auctioned off when rent hasn’t been paid for three months.

Buyers can view the contents for just five minutes – but they are not allowed to enter the storage unit or open any boxes.

Hit and run for office is the norm in Massachusetts