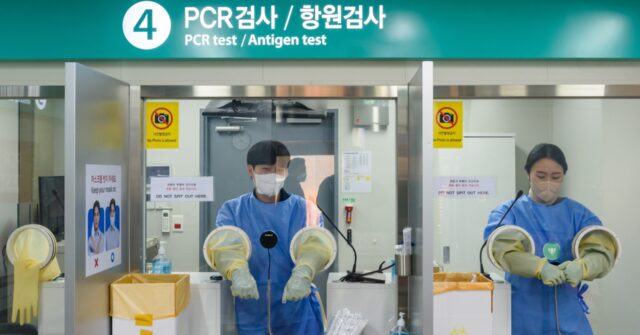 China lashed out at entry restrictions being imposed by more and more countries on its citizens Tuesday, saying Wuhan virus control measures need to be “proportionate” and “science-based” before warning of possible “countermeasures.”

The display of public indignation came just 24-hours after Chinese state media criticized requirements for a pre-departure coronavirus virus test and evidence of a negative result as “discriminatory” and “xenophobic,” as Breitbart News reported.

More than a dozen countries, including the UK, Australia and the U.S, have made it mandatory for travellers from China to show a negative coronavirus test before arrival. Morocco has imposed a complete ban on people arriving from China over the monumental rise in coronavirus cases plaguing the country.

During a press conference, China’s Foreign Ministry spokesperson Wang Wenbin was asked about China’s stance on the restrictions.

“China always believes that for all countries, COVID response measures need to be science-based and proportionate without affecting normal travel and people-to-people exchange and cooperation,” Wang said, ABC News reports.

COVID-19 information as provided to the passengers of a flight from China at the Paris-Charles-de-Gaulle airport in Roissy, on January 1, 2023, as France reinforces health measures at the borders for travellers arriving from China. France and Britain on December 30 joined a growing list of nations imposing coronavirus tests on travellers from China. (JULIEN DE ROSA/AFP via Getty Images)

Wang responded that “authoritative medical experts” from different countries had said entry restrictions on travellers arriving from China were “unnecessary.”

“China will, in light of the Chinese people’s inclination for outbound travel, resume outbound tourism to countries where conditions allow,” he added.

When Donald Trump closed borders due to the Chinese coronavirus, he was smeared as a xenophobic racist. But now that Joe Biden and other nations are doing it…well, that’s different. https://t.co/HvKNGlvbhV

“This lacks scientific basis and some practices are unacceptable,” the spokesperson was quoted by AFP as saying. She reportedly warned Beijing could take “countermeasures based on the principle of reciprocity.” 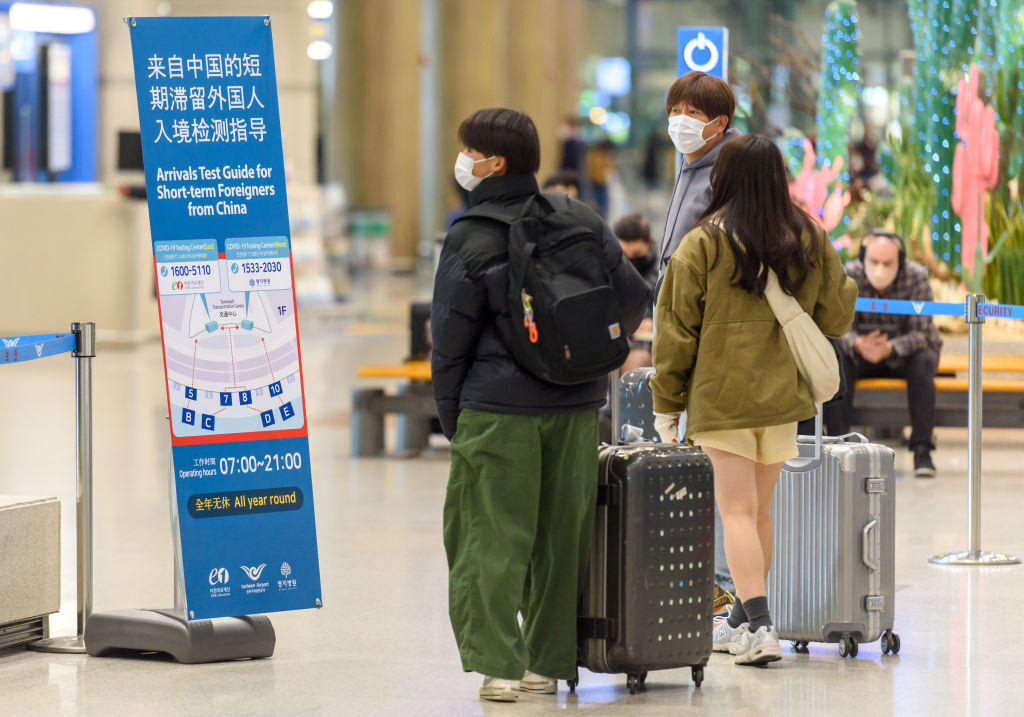 On Friday, the W.H.O. made the latest in a series of requests for China to begin sharing data on hospitalizations, deaths, and vaccinations in real-time, along with genetic sequencing data on the Wuhan virus strains infecting Chinese patients.

The Chinese Communist regime has ignored all such requests to date.