China bank customers to get deposits back after protests 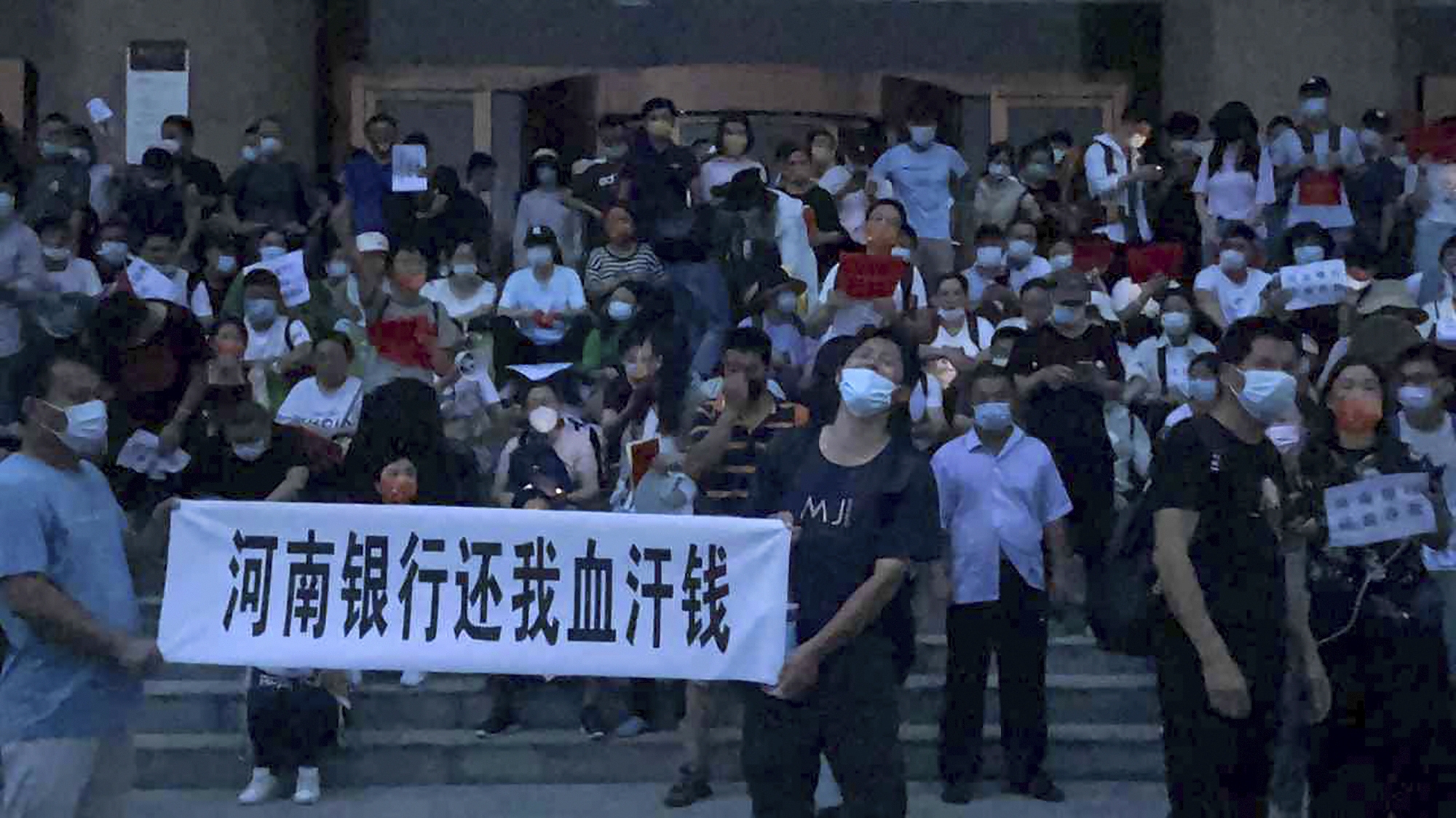 TAIPEI, Taiwan (AP) — Financial regulators in central China’s Henan and Anhui provinces have promised to give some bank customers…

TAIPEI, Taiwan (AP) — Financial regulators in central China’s Henan and Anhui provinces have promised to give some bank customers some of their deposits back after a protest over their frozen accounts Sunday turned violent.

In statements issued late Monday, officials said customers with deposits of 50,000 yuan (about $7,400) or less would be reimbursed. They said others with larger bank balances would get their money back at a later, unspecified date.

The bank protests drew wide attention because angry depositors who tried to go to Zhengzhou in Henan to try to get their money back from the six financially troubled rural banks were stopped from traveling by a health app on their cellphones. On Sunday, they staged their largest protest yet, which police and plainclothes security broke up with force.

The protesters are among thousands of customers who opened accounts at the banks in Henan and neighboring Anhui province that offered relatively high interest rates. They later found they could not make withdrawals after media reports that the head of the banks’ parent company was wanted for financial crimes.

The announcement by regulators was received with skepticism by customers who have been organizing protests online and offline since April to try to get their money back.

“This does not actually solve the problem,” said Xu Zhihao, a bank customer who didn’t take part in the protest Sunday.

The People’s Bank of China, the country’s central bank, guarantees deposits of customers up to 500,000 yuan ($74,000), but that won’t be enough to cover some peoples’ losses.

“They made this announcement because we put our lives on the line. This less than 50,000 yuan isn’t what we are owed. It’s more a payment to keep social stability,” said Ding, who declined to give her full name out of fear of reprisal. She said and her husband were hit by plainclothes security staff during a protest Sunday, when several people were injured.

Multiple protesters told the AP that some people were hospitalized after being hurt when police and plainclothes security officers used force to disperse the protesters, though most of the injuries were scrapes or cuts.

The bank customers started their accounts online through financial platforms such as JD Digits, which is owned by e-commerce giant JD.com, drawn by offers of higher interest rates, such as five-year fixed deposit accounts paying an interest rate of just over 4%.

When they realized they couldn’t withdraw their money, they tried to contact the banks, the local Banking and Insurance Regulatory Commission and the central bank.

When that failed, they set out to protest at the China Banking and Insurance Regulatory Commission’s provincial headquarters in Henan’s capital, Zhengzhou. Sunday’s protest was the largest so far, drawing hundreds of people.

UK must lead creation of tribunal to punish Russian war…