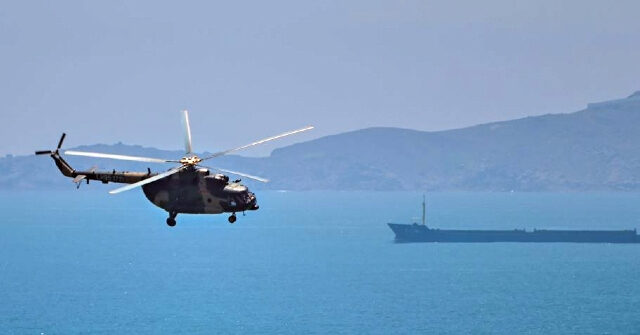 China is creating a “new normal” of increased military intimidation of Taiwan, according to a senior Pentagon official during a briefing this week.

China stepped up its military activities around Taiwan, including missile launches, after House Speaker Nancy Pelosi (D-CA)’s visit to the democratic island earlier this year in spite of Chinese opposition. While the level of those activities has gone down since then, it is not where it was before her trip, the official said.

“I don’t see an imminent invasion. I think what we do see is sort of the [People’s Republic of China] establishing kind of a new normal in terms of the level of military activity around Taiwan, following [House Speaker Nancy Pelosi’s] visit,” said the official, who spoke to reporters on background.

“We have seen them sort of trying to set this new normal, where [Taiwan Strait] centerline crossings have become increasingly sort of routinized,” the official said. “Those used to be something that the PRC reserved for relatively rare occasions when they wanted to send sort of more of a political signal.”

“That gives us a concern — even though we don’t see an imminent invasion, obviously — about sort of an elevated level of intimidating and coercive activity around Taiwan,” the official said.

The official suggested that China’s activities were in conflict with U.S. policy, which supports a status quo whereby neither China nor Taiwan makes any unilateral moves in regard to whether Taiwan is a separate country or part of mainland China.

Assistant Minister of Foreign Affairs Hua Chunying speaks during a press conference at the Ministry of Foreign Affairs in Beijing on August 4, 2022. China’s largest-ever military exercises encircling Taiwan kicked off on August 4, in a show of force straddling vital international shipping lanes after a visit to the island by House Speaker Nancy Pelosi. (Photo by NOEL CELIS/AFP via Getty Images)

“It’s an issue from a U.S. policy perspective because we’ve got a long-standing approach that says [we] oppose any unilateral changes to the status quo by either side. And we expect that cross-strait differences will be resolved by peaceful means. And, sort of in contrast to that, we see the [People’s Liberation Army] doing things like the increased crossings over the center line, and behavior that appears to be intended to kind of intimidate or sort of wear down Taiwan. Which — obviously — is just not what we want to see,” the official.

The Pentagon on Tuesday released its yearly assessment of China’s military as required by Congress, in order to help policymakers stay focused on its development and capabilities as China seeks to become the world’s leading superpower by 2049.

Although the report is classified, the Pentagon releases an unclassified version every year. The nearly 200-page unclassified report provided the Pentagon’s in-depth assessment of China’s military goals, plans, strategies, and resources. The assessment focused on 2021, though included some notable developments in 2022.

In a section on Taiwan, the report said throughout 2021, the People’s Liberation Army (PLA) conducted more frequent and realistic island seizure exercises than before.

It said the PLA conducted more than 20 naval exercises with an “island-capture element, greatly exceeding the 13 observed in 2020.”

“Many of these exercises focused on combat realism and featured night missions, training in adverse weather conditions, and simultaneous multi-domain operations,” it said. There were also repeated PLA flights into Taiwan’s self-declared Air Defense Identification Zone, the report said.

In addition, the report said the PLA is “preparing for a contingency to unify Taiwan with the PRC by force if perceived as necessary by Beijing, while simultaneously deterring, delaying, or denying any intervention by a third-party, such as the United States and/or other like-minded partners, on Taiwan’s behalf,” it said. 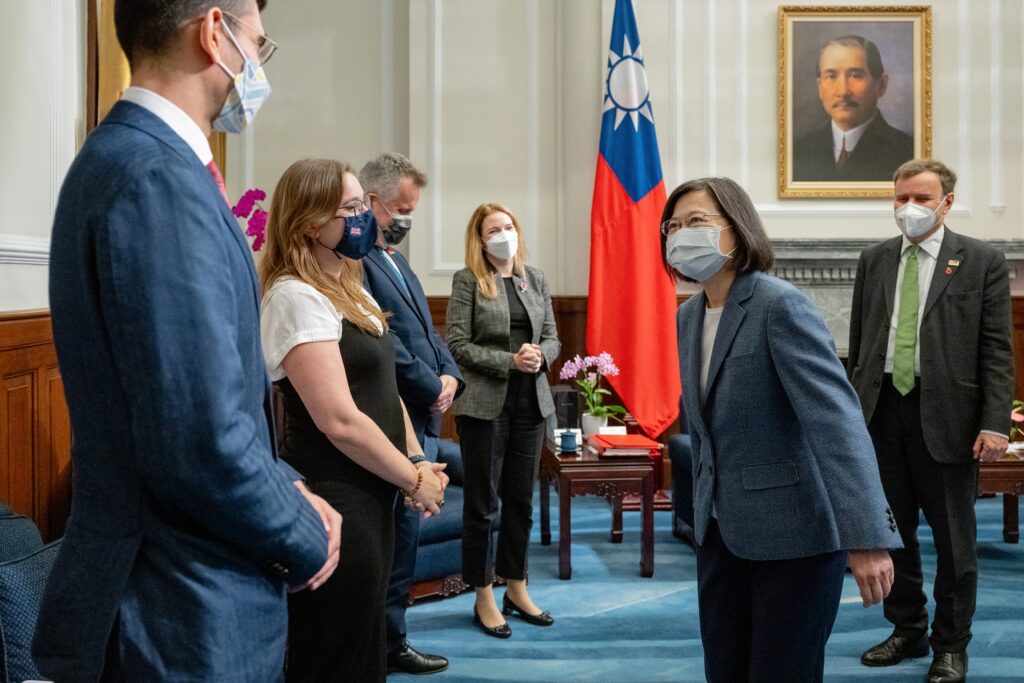 The report suggested the exercises were “part of a comprehensive campaign” to pressure Taiwan and Taiwan President Tsai Ing-wen’s administration — which has supported Taiwanese independence — and to also signal displeasure with growing U.S.-Taiwan ties.

The senior U.S. official did not say how the U.S. would respond to China’s attempt to establish a “new normal” around Taiwan, other than “watching closely.”

“We’re definitely very focused on this level of more intimidating and coercive behavior and watching closely to see how things unfold as we move on from the 20th party congress and — start to move into 2023,” the official said.

The official also suggested the PLA’s activities may also be affected by Taiwan’s next presidential election, which the official said, “historically has sometimes, been an occasion for the PLA or for the PRC to try [to] engage in intimidating behavior, sort of rhetorically or in terms of military displays.”

“And so, we’ll be keeping an eye on all of that, as we move forward,” the official said.

Saying goodbye to Henry Hippo felt like a big moment, another sad step away from more familiar times