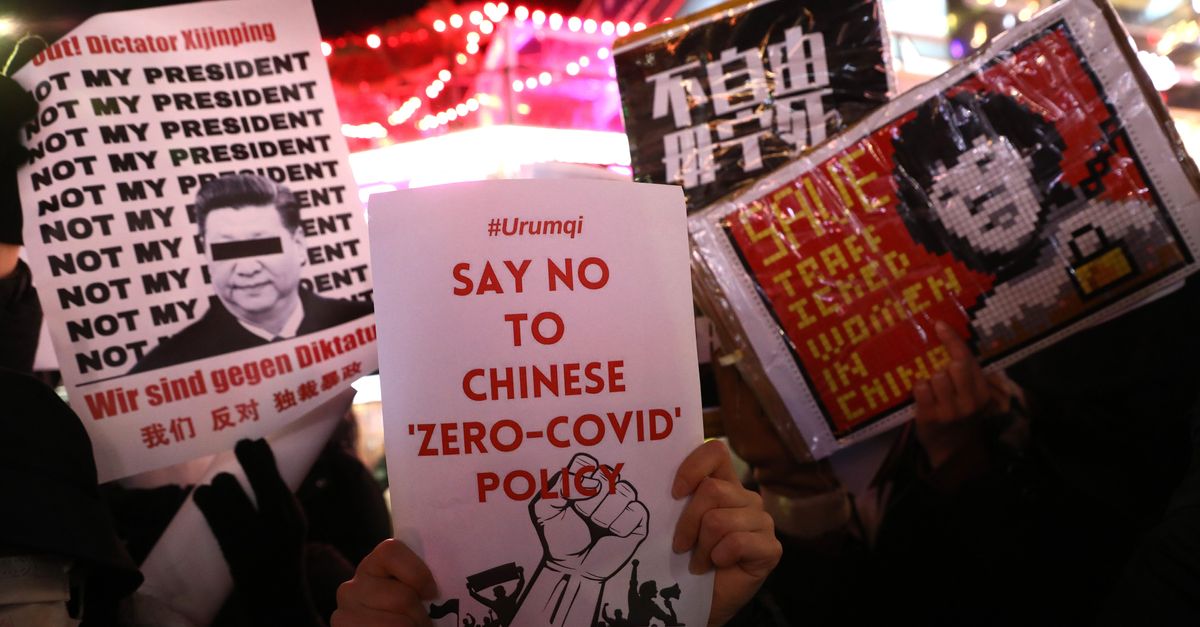 China has signaled that it might ease its “zero COVID” policy in apparent response to an unprecedented surge of protests across the country even though cases continue to climb.

Vice Premier Sun Chunlan, who is in charge of COVID-19 response efforts, said at a meeting of health officials that China faces “a new situation and new tasks in epidemic prevention and control” as the omicron variant of the coronavirus becomes weaker. Sun also claimed that more people are vaccinated and that experience with the virus has brought more knowledge on how to contain its spread, state-run news agency Xinhua reported.

She added that the country needs to improve immunization of the entire population. The government has also announced that it would increase vaccination rates for the most vulnerable members of its population, including the elderly and children, according to Reuters.

China has seen the most daily COVID cases since the pandemic began, with more than 36,000 cases recorded Wednesday, BBC reported. This has resulted in millions of people being compelled to stay indoors due to an outbreak caused by the highly contagious omicron variant.

However, Sun did not mention President Xi Jinping’s “dynamic zero-COVID” policy that has guided China’s pandemic response since the pandemic began in January 2020. The policy has been in place to keep coronavirus cases in China as close to zero as possible, setting China apart from countries that have tried to flatten the curve or slow the virus’s spread, and then to eventually lift the restrictions.

But residents have become angry over the policy because of the severe constraints it has imposed on their lives, such as travel and movement restrictions, mass testing, weeks-long lockdowns and mandatory centralized quarantines.

The apparent move to ease restrictions comes only one day after leaders vowed to crack down on “hostile forces” amid widespread street demonstrations.

The protest was sparked by outrage over the deaths of at least 10 people in a building fire in western Xinjiang last week, which they blamed on rescue attempts being impeded because of COVID restrictions. Protests then expanded across the country, primarily targeting the government’s “zero-COVID” policy, with some going so far as to demand democratic reforms and even Xi’s resignation. Chinese authorities have mostly stamped out the protests.

Lockdowns are being lifted in more cities around the country, including the capital, Beijing, even though the city reported a record 5,043 new infections on Thursday. Local officials announced Wednesday that people who do not need to leave their homes, such as the elderly and remote workers, will be exempt from the mass testing. Other major cities, including Guangzhou, Zhengzhou and Chongqing, have also eased restrictions.

Last month, China relaxed several of its COVID regulations, including reducing quarantines from seven days to five days for those who’ve had close contact with infected people and for inbound travelers, but most restrictions have been kept in place. They also said that they would work on a plan to speed up vaccinations, something that is believed to be widely needed before China can begin scaling back its zero-COVID policy.

Fallopian tube removal to help prevent ovarian cancer? Why experts are suggesting it

The perfect breakfast to maximise your energy for an early workout