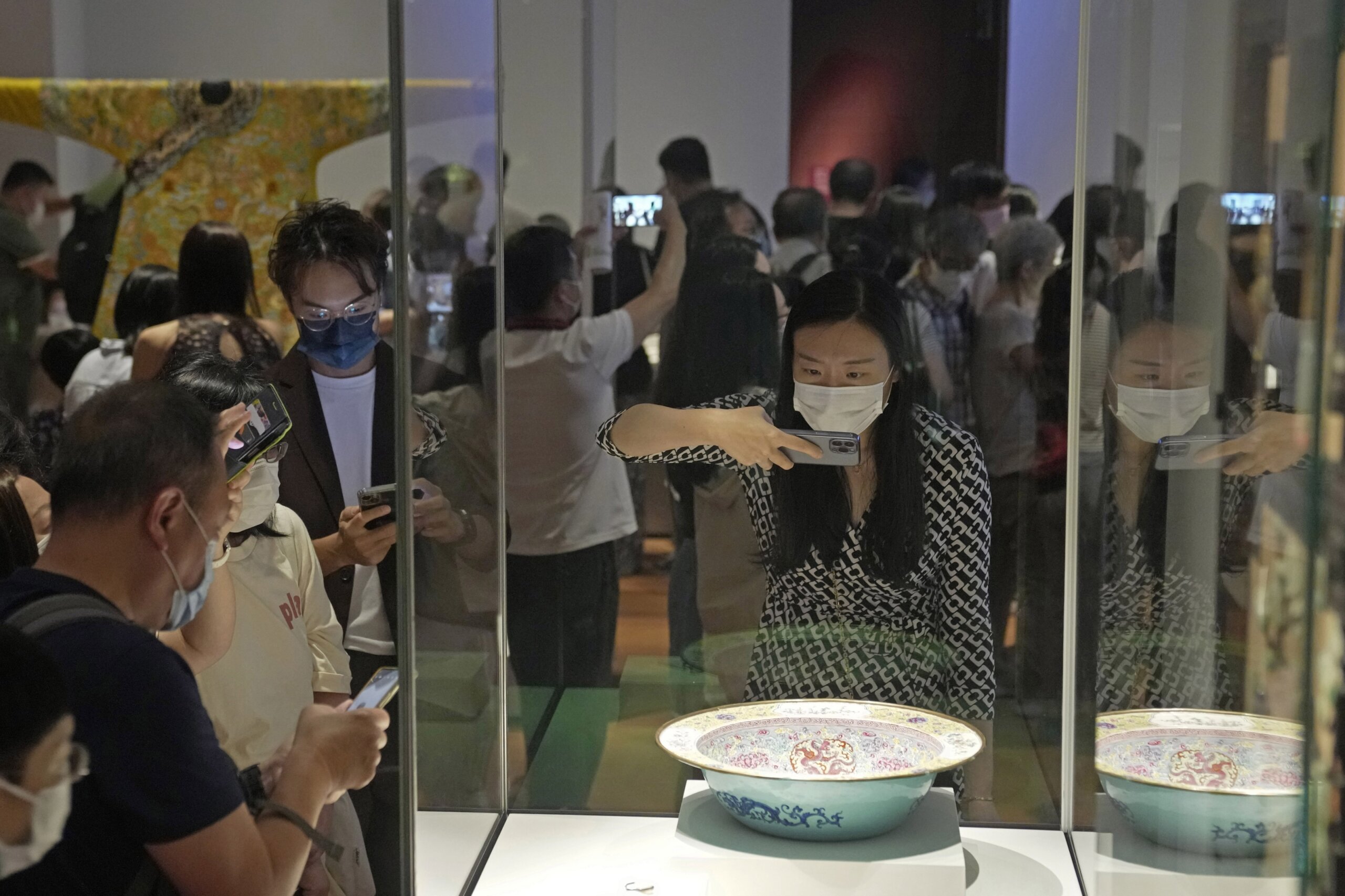 HONG KONG (AP) — China’s famed Palace Museum began displaying artifacts in Hong Kong on Sunday amid a drive to build loyalty to Beijing in the former British colony that reverted to Chinese rule 25 years ago.

Works of calligraphy and paintings on silk dating back more than 1,000 years feature heavily in the exhibition, housed in a seven-story building in a newly developed harborside arts district.

The delicate artworks will be returned to Beijing for safekeeping after 30 days, but China’s Communist Party leaders want the exhibition’s cultural and political impact to linger for far longer.

Despite that background, museum director Louis Ng stated that the Hong Kong space was not simply a branch of the Beijing Palace Museum.

“We have our own visions, identity and also the autonomy in our operation and curatorial decisions,” Ng said.

The opening of the exhibition came just two days after China’s leader Xi Jinping marked the anniversary of Hong Kong’s return with a visit to what is officially called the special autonomous region and a speech emphasizing Beijing’s control under its vision of “one country, two systems.”

Xi praised the city for overcoming “violent social unrest” – a reference to massive pro-democracy protests in 2019 that were followed by a crackdown that has snuffed out dissent and shut down independent media.

The sweeping national security law imposed by Beijing has seen government critics who have not moved abroad being either jailed or intimidated into silence. That has aligned Hong Kong ever closely with the party’s rigid controls exercised on the mainland and in the outer regions of Tibet, Xinjiang and Inner Mongolia.

The political controls have increasingly taken on cultural and linguistic elements, and Friday’s ceremony was conducted entirely in the national language of Mandarin, rather than Hong Kong’s native Cantonese.

The building of the Palace Museum in Hong Kong was controversial because of the lack of public consultation, and came as a surprise to many Hong Kong citizens.

Daisy Wang, the museum’s deputy director, said the current exhibition was a “once in a lifetime opportunity to look at some of the rarest early works of painting and calligraphy in Chinese art history.”

The collection was built during the Ming and Qing dynasties and many of its finest works now reside on the self-governing island of Taiwan, where they were taken after the Communists seized power on the mainland in 1949.

Abortion Laws Around the World

I’m allergic to strong emotions – sweating, laughing or crying could kill me and so could my hair due to rare condition