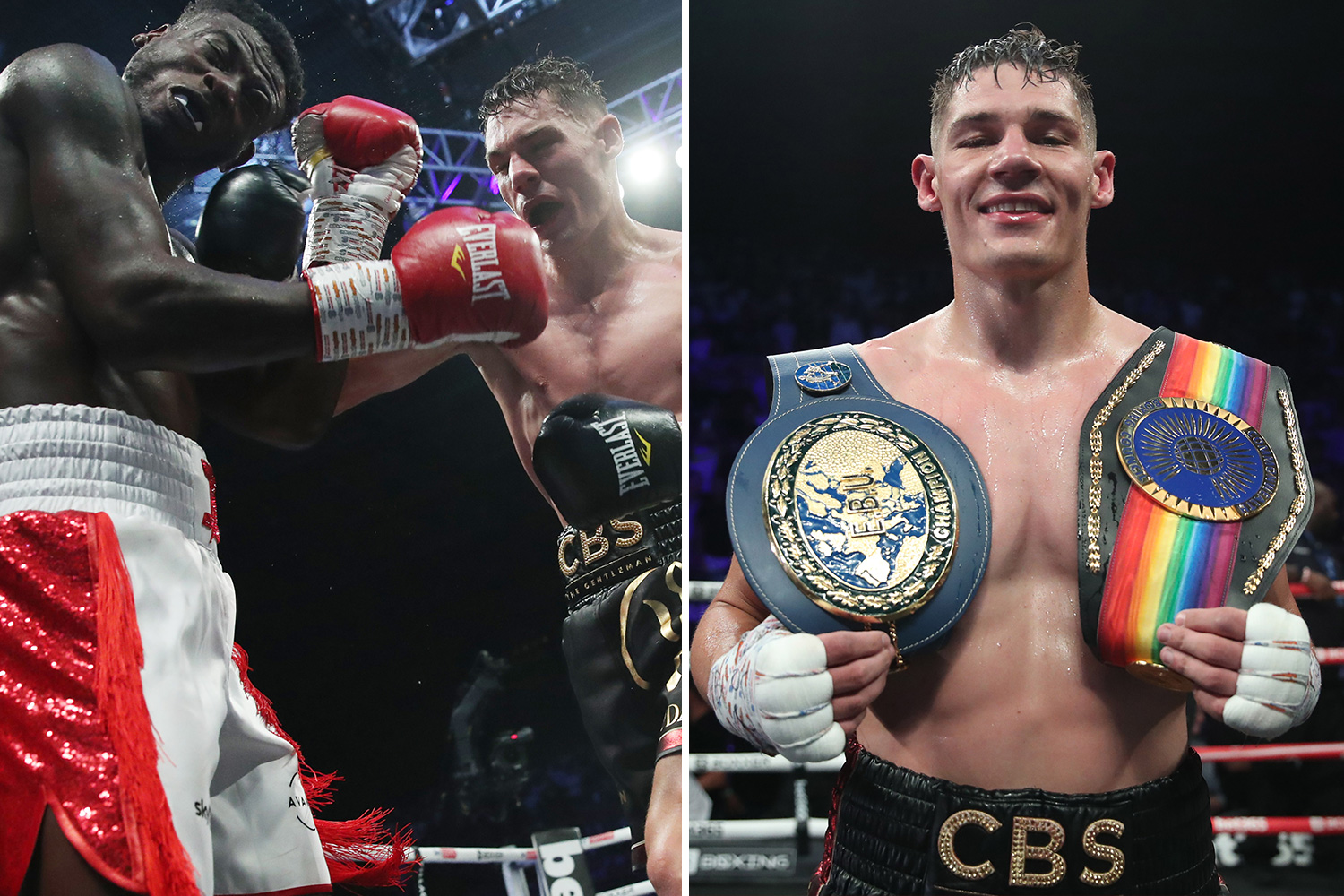 CHRIS BILLAM-SMITH won a guaranteed Fight Of 2022 contender after edging Isaac Chamberlain over 12 magnificent rounds of brutality and bravery.

The pair of cruiserweight fathers will be disfigured monsters to their young sons on Sunday morning but in this warped sport it is apparently all worth it after they gave 3,000 fans in Bournemouth a fight to remember forever.

But both men left the Battle of the Beach with their reputations – and hopefully pockets – drastically boosted and their names etched in South Coast fighting folklore forever.

Chamberlain was booed into the ring by the locals who barked “seaside, seasiders” throughout the night.

The BIC roof almost blew off when CBS made his entrance, with the champ marching through smoke and fire pyrotechnics on the edge of the ring. 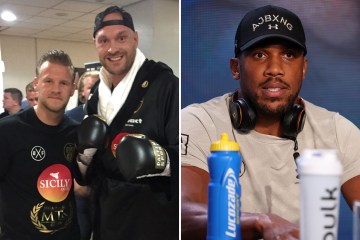 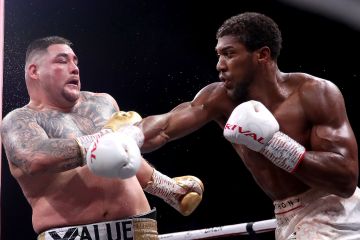 Both 14st specimens banged out their jabs but CBS was more physically dominant, barrelling Chamberlain back onto the ropes.

But the Londoner knew how to catch and counter on the backfoot and scored back in the opener.

CBS needed grease smeared into his scalp before the second stanza thanks to a gash in his hairline.

The hometown hero was loving the second round until a left hook from Chamberlain turned his legs to jelly.

The challenger grinned and stalked his prey but CBS somehow rebuilt his senses and survived.

Then in the final few seconds of the stanza he stunned Chamberlain with a series of digs that would have almost any other opponent.

The third was another brilliant episode, a left hook from Billam-Smith the pick of the punches that landed flush.

The action was relentless and both warriors seemed to grow under the strain, rather than wilt.

Chamberlain looked buzzed by a flush right hand in the fourth and his left eye started to swell.

But he wasn’t giving CBS an inch and was throwing in tandem with the well-spoken brute nicknamed The Gentleman.

CBS struggled in the fifth and his huge crowd was hushed but a right cross suddenly slapped Chamberlain and he dropped his hands and laughed it off in an act of ice-cool defiance.

Finesse and strategy were long forgotten by the midway point but both British warhorses kept clashing and and slashing away, Chamberlain was now bleeding from around his eye.

Chamberlin’s in-pocket fighting was more successful in the seventh but Billam-Smith was hellbent on bulldozing him. Both were sharing plenty of success and failure.

Chamberlain rammed an arrow of a right hand into Billam-Smith’s skull in the eighth and again the Dorset man looked hurt but amazingly he rallied and ended the session swinging.

The final two championship rounds were grotesquely gripping, CBS definitely did his best work when they grappled close to his red corner and he could hear instructions from trainer Shane McGuigan.

Chamberlain shipped a handful of punishing shots but never backed away.

The 11th looked to swing it for the champ, a couple of brutal right hands finally sapped away some of Chamberlain’s belief.

He started to sag on the ropes and probably in his mind and his team had to work frantically on oozing wounds around his mangled eyes.

The pair looked on the brink of collapsed in the final seconds you almost felt guilty watching them go to such depths from ringside, the final bell was a genuine relief.

And those 36 minutes hopefully lead to the similar pair being friends forever, in the strange way only boxing seems able to turn a rivalry into a relationship.

Failure to qualify for Rugby World Cup has ensured new…