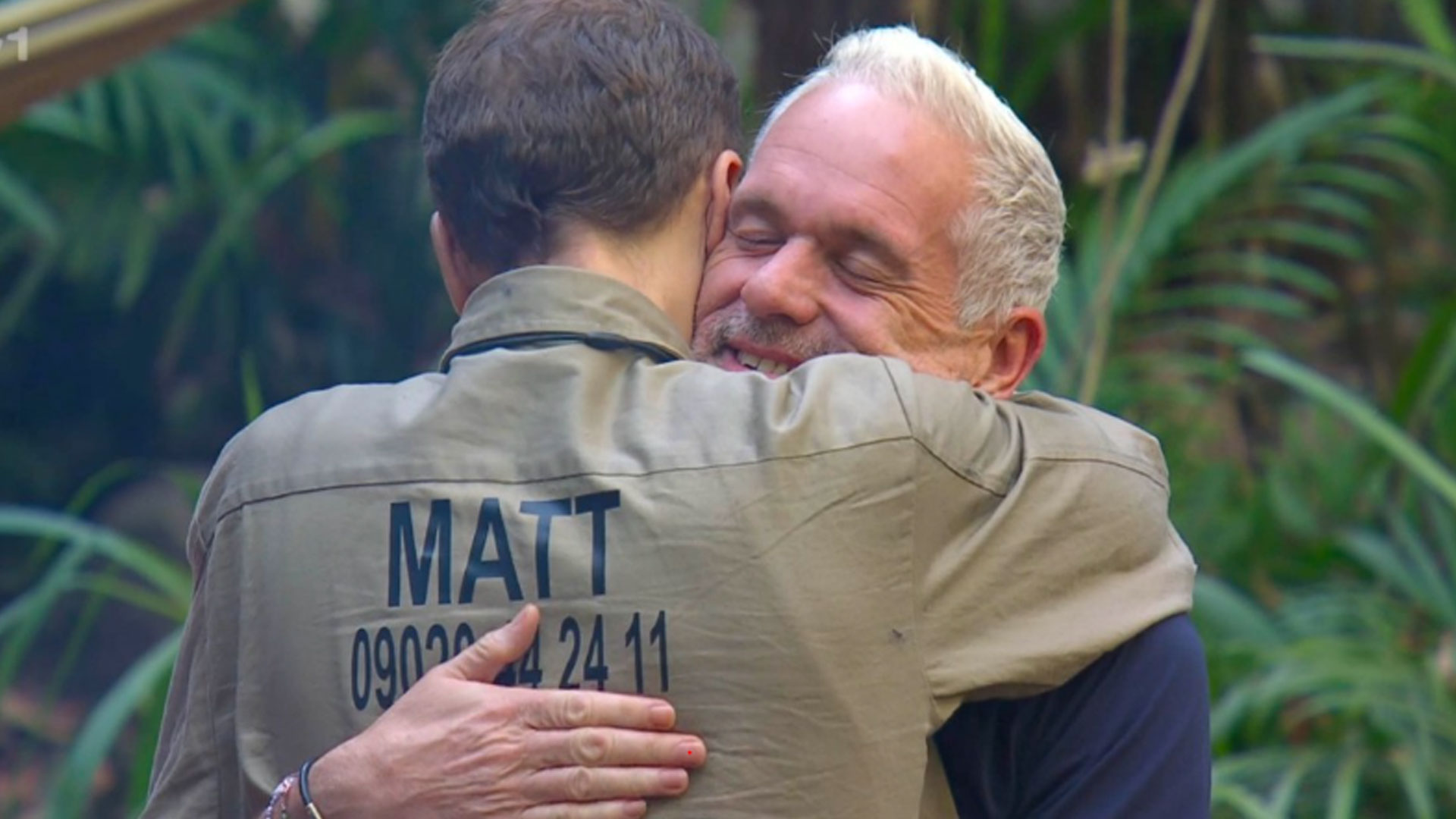 CHRIS Moyles has risked stirring up a jungle feud after declaring who he wants to win, snubbing at least two of his campmates.

The Radio DJ was the sixth star to be evicted from camp, just after Babatunde received the least votes on Wednesday’s edition of the ITV reality series.

But viewers were not happy as Chris, 48, appeared to snub three of his campmates as she left the camp.

After the voting results were announced, Chris hugged his campmates goodbye as he prepared to leave

Just before he made his way to the studio to be interviewed, he quietly exclaimed: “Stay!” to Lioness Jill Scott and Hollyoaks actor Owen Warner.

He added: “Stay till the end you two,” making a gesture to a visibly surprised Jill and Owen. 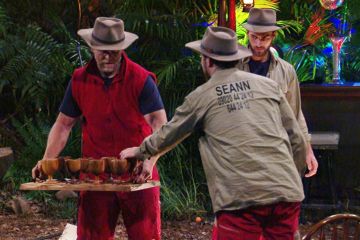 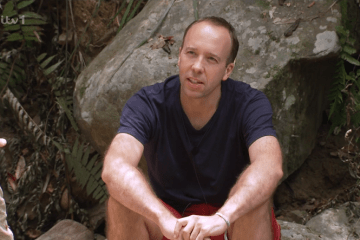 The former Radio 1 host later gave his first interview away from the studio on the show’s official instagram account, where he chatted about what he was going to do once he got back to the luxury hotel.

When asked who he wanted to win, he replied: “I would love Jill to be Queen of the Jungle”

He continued: “And if it’s King of the jungle, Owen”.

Most read in I’m A Celebrity

One tweeter wrote that Chris has: “Been stirring the pot.”

A third viewer wrote: “One last crack at Matt.”

Whilst a fourth wrote: “He could not help himself could he, he had to have a dig at Matt.

A fifth viewer said: “You were like a spoilt child with Hancock,”

This comes as fans were convinced Chris Moyles was evicted from the jungle because he was “bitching” too much about Matt Hancock.

In his exit interview with show hosts Ant and Dec, he also failed to mention Mike Tindall or the former Conservative MP.

Viewers have raced to defend the former Health Secretary, 44, suggesting that the radio DJ, 48, was booted out after making snide remarks about Matt during his time in camp.

In his exit interview, Chris said: “I’m gutted that Matt Hancock is more popular than me.”

He added: “What the bejeezus is going on?”

Irish Life to increase the cost of its health insurance plans

Richard Osman and wife Ingrid Oliver jet off on honeymoon

Review: Lonely souls at the cinema in ‘Empire of Light’

How Michelle Williams found the music of Mitzi Fabelman