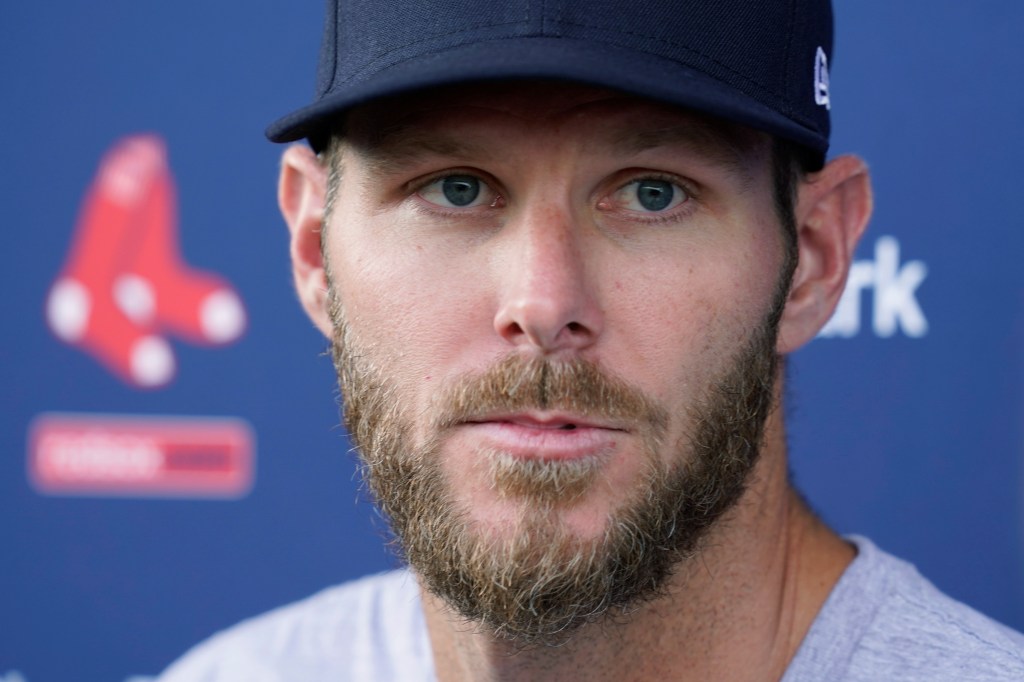 Not that they were expecting a whole lot out of Chris Sale anyways, but he was quite literally their ace-in-the-hole, a guy who has spent most of his season in the dugout and trainer’s room but was on his way back towards being a mid-September contributor.

Manager Alex Cora said he was starting to map out a plan in which Sale would “speed up” his recovery from a broken pinky and return to the Sox as a reliever, giving them a much-needed lefty out of the bullpen that has been using Darwinzon Hernandez as its primary southpaw.

Forget about it now. Sale had season-ending surgery on Monday. The dream is over.

And in that same box of breathless dreams can go the 2022 Red Sox, who are now left with a starting rotation comprised of two rookies (Josh Winckowski and Kutter Crawford), a struggling 42-year-old (Rich Hill), an inconsistent, mid-tier right-hander (Nick Pivetta) and another in Nathan Eovaldi, who could be an ace but is throwing 94 mph fastballs that aren’t fooling anybody.

Tuesday, Cora sort of admitted the team rushed Eovaldi back from the injured list so he could start the first game at Yankee Stadium in a key series just before the All-Star break, saying, “it’s not that we rushed him, but we needed him in that outing.”

Since then, Eovaldi has a 7.11 ERA over five starts while his average fastball velocity has dropped from 97 mph to 94 mph.

“It’s more about repetitions than anything else,” Cora said when asked about Eovaldi’s fastball coming back to life.

Without it, the Sox don’t have a starting pitcher they can rely on. And without an actual ace – or even a mid-tier starter resembling one – it’d take a miracle to see these Red Sox jump back into the playoff race.

Even with three Wild Card spots up for grabs in the American League, the odds don’t favor Cora’s crew.

Entering Tuesday, FanGraphs gave the Red Sox a 17% chance of sneaking into Wild Card position. Baseball-Reference is giving them even worse odds: 6%, a drop of 69% from where they were 30 days ago.

Starting pitching is what kept the Red Sox afloat early in the year until the offense got going, and it’s what propelled them to a 20-6 month of June, when the rotation had a 2.91 ERA despite missing Eovaldi and Garrett Whitlock for most of that span.

But without Sale, without a healthy Eovaldi, with Pivetta having come back to earth and Michael Wacha’s status uncertain as he rehabs from a shoulder injury, it’s hard to see the silver lining here.

For the Sox to get back into it now, they’d need a miracle. Worse, another injury to Sale puts the 2023 season in question as well.

Sure, the Sox are expecting a full recovery on his broken wrist by spring training. But in the last two years, he’s also had to rehab from Tommy John surgery and recover from a broken rib and a broken pinky finger.

By the time he’s ready to pitch again next February, his body will have spent the majority of the last three years on the sidelines. There’s no way the team could reasonably expect him to make 30 starts. If he makes 20 or 25 starts and has an arm that still works by September, that’d be great.

Either way, it’s looking like his five-year, $145-million contract extension signed by Dave Dombrowski just months before Dombrowski was fired in 2019 is going to be a monumental bust.

Sale will be taking up $25.6 million of the Sox’ payroll for luxury purposes next year, and they can’t even count on him.

“We obviously need to think through what that means, as far as planning out a full season with him not having carried very much of a workload the last few years,” chief baseball officer Chaim Bloom said Tuesday. “But other than that, there’s no reason not to expect him to be back and be the Chris Sale that we know.”

There are a lot of reasons, actually, starting with the fact that he hasn’t been healthy in three years, and longer if you consider that he didn’t look right for much of the 2019 season, either. He began that year throwing 89 mph fastballs and ended it on the injured list.

With Sale not to be relied upon and Eovaldi about to hit free agency, there’s nobody who looks poised to lead the staff in 2023.

Unless the Sox make a substantial addition – don’t hold your breath, based on their recent lack of activity – they could go into next season with a rotation that looks something like this: Sale, Pivetta, James Paxton and some combination of Winckowski, Crawford, Brayan Bello, Garrett Whitlock and Tanner Houck.

Taking Whitlock or Houck out of the bullpen would create new holes, and the Sox’ top levels of the farm system aren’t exactly ripe with budding pitching talent ready to fill them.

This is what makes the Sale injury so painful.

Not only could it be the final kick in the groin to the 2022 Red Sox, but it makes projecting the 2023 season even more difficult.