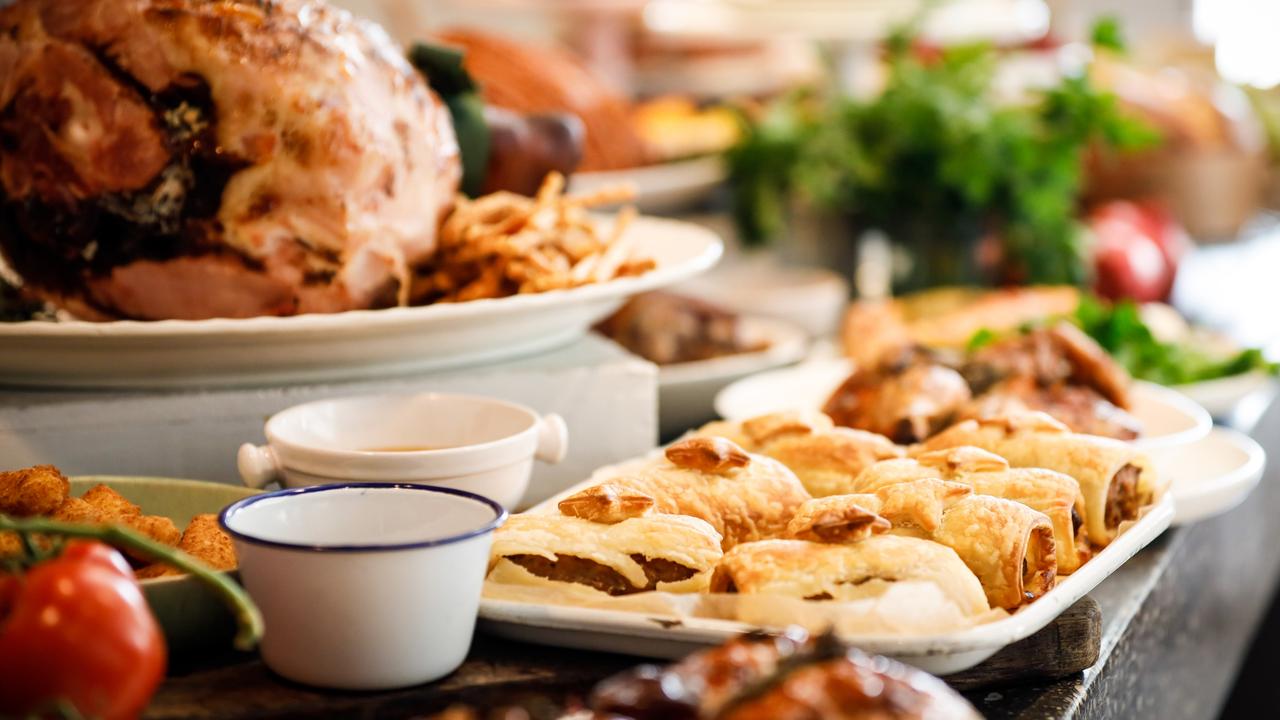 One of the best parts about Christmas is the fridge load of festive treats that fuel the days and weeks after the holiday.

As the days drag on towards the new year however, leftovers cannot last forever – or even for more than a few days.

One food safety expert has revealed where Aussies will run into trouble this year, with the way your food was served in the first place and how and when it was put in the fridge all making a huge difference.

Here’s how to make sure you can enjoy your Christmas lunch remnants for longer, and how to know when it’s time to finally part with your leftover ham.

To get the most out of your leftovers, temperature control on the day you serve the food is super important.

“When you serve food, hot food should be kept hot, and cold foods should be kept cold,” University of Sydney academic and food safety expert Dr Kim-Yen Phan-Thien said.

When foods aren’t kept in these two extremes they move into what Dr Phan-Thien calls the “danger zone”.

“Food should be kept above 60 degrees Celsius or below five degrees, and in between five to 60 degrees is what we can think of as the danger zone,” she said.

Don’t leave food out for hours

Christmas meals are often best enjoyed as hours-long food marathons but this isn’t the best for your food if you’re planning on keeping the leftovers.

“It’s nice to have a great big spread, but if people leave food out for several hours, you shouldn’t keep that and eat the leftovers later,” Dr Phan-Thien said.

“If it’s spent four hours at ambient temperature, some pathogens will grow.”

“So it’s better to manage your food by putting out smaller portions, keeping the rest stored appropriately in the fridge, and bringing out and replenishing as necessary.”

Dr Phan Thien said that food can be left on the table for a two-hour window before it needs to be put in the fridge.

“While it depends on the food, it’s usually safe to eat within the next two to three days, and it’s essential food that was hot is reheated well,” she said.

“A turkey roast is generally safe to eat when cooked properly as the treatment will kill any pathogens there.

“However, if you‘re going to store and eat the leftovers afterwards, you want to refrigerate or freeze them as quickly as possible.”

You shouldn‘t eat the leftovers if they have sitting out for more than four hours.

Stacking up the fridge

Fridges can only keep everything fresh if the temperature is consistent. When piles of food stack up on every shelf, it cannot be cooled properly.

Dr Phan-Thien‘s solution is to avoid packing large quantities into one container.

Food should also be left out until it stops steaming, before closing the container to avoid condensation.

“You can do things to increase the rate of cooling to help your food and your fridge out, like putting the food on ice for a bit to bring the temperature down before you stick it in the fridge,” she said.

“Instead of leaving your cooked food out on a plate, you can put them on ice as a part of the way you serve it so it can last a bit longer.”

Does it matter if a fly touches food?

Most Australians are used to flies swarming around their Christmas lunch but when is it OK to still eat food that a fly has touched?

Dr Phan-Thien said the issue with flies is they’re attracted to manure which can contain organisms like Escherichia coli and Salmonella enterica.

“The issue if you have a fly land on your food is it potentially transfers some pathogens, aside from being a bit gross,” she said.

However, this doesn’t always mean you have to throw away the food.

“They may land on manure, pick up some bacteria, then land on your food and transfer it there, but if it’s lightly touched your food and flown away, then the amount of risk that you’ve got an infectious dose is not great,” Dr Phan-Thien said.

“However, if that food is then left out at a temperature that supports microbial growth, those pathogens can multiply, and food safety risks increase.

“Also, remember, we need to be extra cautious when it comes to vulnerable people – the young, old, pregnant and immunocompromised – as these groups can become ill at a lower infectious dose.”

Feeding leftovers to your pets

For many households, leftovers are often shared with furry friends.

USYD School of Veterinary science academic Dr Anne Quaine said Christmas is a busy time for veterinarians across the nation as many dogs are admitted for stomach issues.

“Most of those cases have involved dogs that have eaten either the Christmas ham, lamb or turkey – and we have seen some incidences as a result of prawns,” she said.

Dogs typically have a bland diet, so a sudden influx of fatty festive foods can cause major problems.

“[It] can wreak havoc on their gut, leading to gastroenteritis, diarrhoea, or pancreatitis,” Dr Quaine said.

They can also suffer from intestinal obstruction or perforation due to foreign bodies like bones, kebab sticks and toothpicks.

If your pet falls ill, Dr Quaine urges owners to get them to a vet as soon as possible as some conditions can become life-threatening.