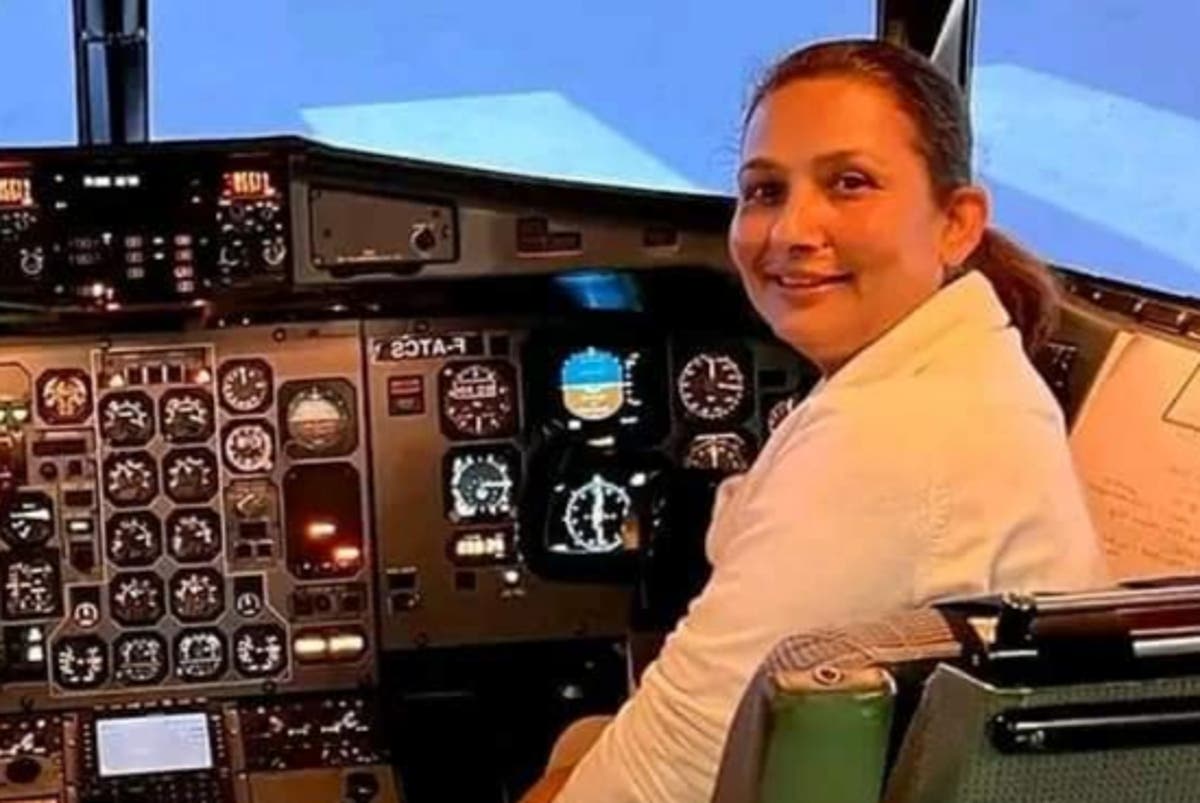 he co-pilot of the Yeti Airlines flight that crashed in Nepal, killing at least 70, was married to a pilot who also died in a plane crash 16 years earlier.

Anju Khatiwada, 44, was the co-pilot of the Sunday flight from Kathmandu that crashed as it approached the city of Pokhara, making it Nepal’s deadliest plane accident in three decades.

No survivors have been found so far among the 72 people on board. Searchers are still looking for two people missing.

Ms Khatiwada’s husband died in 2006 when a small passenger plane he was flying for the same domestic carrier, Yeti Airlines, went down minutes before landing.

“Dipak Pokhrel, died in 2006 in a crash of a Twin Otter plane of Yeti Airlines in Jumla,” airline spokesman Sudarshan Bartaula told Reuters, referring to Khatiwada.

“She got her pilot training with the money she got from the insurance after her husband’s death.”

A pilot with more than 6,400 hours of flying time, Khatiwada had previously flown the popular tourist route from the capital, Kathmandu, to the country’s second-largest city, Pokhara, Bartaula said.

The body of Kamal K.C, the captain of the flight, who had more than 21,900 hours of flight time, has been recovered and identified.

Ms Kathiwada’s remains have not been identified but she is feared dead, Bartaula said.

“On Sunday, she was flying the plane with an instructor pilot, which is the standard procedure of the airline,” said an Yeti Airlines official, who knew Khatiwada personally.

“She was always ready to take up any duty and had flown to Pokhara earlier,” said the official, who remained anonymous.

The ATR-72 aircraft that Khatiwada was co-piloting rolled from side to side before crashing in a gorge near Pokhara airport and catching fire, according to eyewitness accounts and a video of the crash posted on the social media.

The cockpit voice recorder and flight data recorder from the aircraft, which may help investigators determine what caused it to crash in clear weather, were recovered on Monday.

Nepalese authorities on Tuesday began returning the bodies of victims to families, and said they were sending the aircraft’s data recorder to France for analysis.

One body was found Tuesday, and two remain missing.

Funerals for victims, many of whom were from the area, are expected to be carried out in Pokhara and nearby districts. The dead include a pharmaceutical marketing agent who was coming to be with his sister as she gave birth, and a minister of a Korean religious group who was traveling to the school he founded.

On Monday evening, hundreds of relatives and friends were still gathered outside a local hospital. Many consoled each other, while some shouted at officials to speed up the post mortems so they could take the bodies of their loved ones home for funerals.

The type of plane involved, the ATR 72, has been used by airlines around the world for short regional flights since the late 1980s.

Introduced by a French and Italian partnership, the aircraft model has been involved in several deadly accidents over the years. In Taiwan, two accidents involving ATR 72-500 and ATR 72-600 aircrafts in 2014 and 2015 led to the planes being grounded for a period.

Nearly 350 people have died since 2000 in plane or helicopter crashes in Nepal – home to eight of the world’s 14 highest mountains, including Everest – where sudden weather changes can make for hazardous conditions.