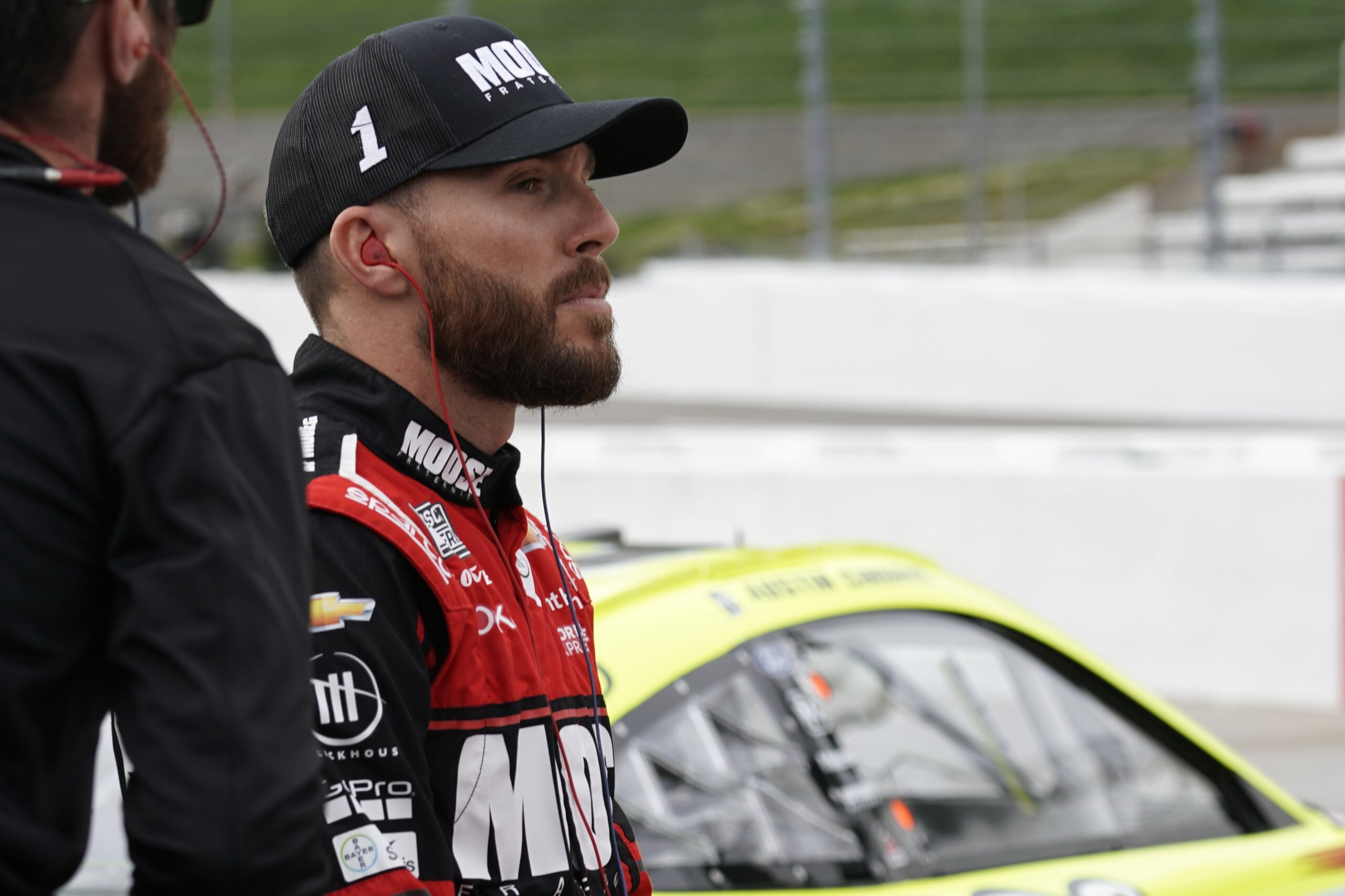 There’s been an internal battle raging inside Ross Chastain as he’s clawed his way into NASCAR’s championship finale. He’s an…

There’s been an internal battle raging inside Ross Chastain as he’s clawed his way into NASCAR’s championship finale.

He’s an eighth-generation watermelon farmer from Florida who was never supposed to make it to the top level of stock car racing.

But he did and it required Chastain to bump and bang his way through traffic from journeyman driver to a top Cup team with race-winning cars. He built a solid list of rivals critical of his aggressive style along the way, and as it became clear Chastain might actually have a chance to race for the Cup title, he started to wonder if his rivals were right about him.

Was he making too many mistakes? Trying too hard? Did he need a different approach?

With a spot in NASCAR’s championship finale in sight if Chastain could somehow pull off a miracle, he went video game-style and used a wall-hugging ride he’d tried as a kid while playing NASCAR 2005 on his Nintendo GameCube.

Two points shy of Denny Hamlin for the final transfer spot to next week’s race, Chastain found himself too far behind to make up the ground. So shifted his Chevrolet into fifth gear on the backstretch, deliberately smacked the Martinsville Speedway wall, then took his hands off the wheel.

Chastain let the wall guide the No. 1 the final quarter-mile around the Virginia short track with his foot flat on the gas. He went from 10th to fifth as the breathtaking move shot his Chevy around cars and into the final four.

“This is the best thing of 2022 in motor racing!” two-time Formula One champion Fernando Alonso tweeted on Monday. “We all did this on video games with damage disable. Never thought this could become reality.”

The move put Chastain into the championship four for the first time in his career, in his second season of full-time Cup racing with a competitive team. It gave second-year team Trackhouse Racing its first shot at the title, too.

Chastain said he’d been beaten by the move on the video game by his brother at “Dodge Raceway somewhere in a fake city, somewhere in Florida,” but he’d never actually tried it in real life.

In fact, he stressed repeatedly it didn’t even cross his mind to ride the wall until it his season was a half-lap away from ending.

“Never once did it cross my mind or ever try it. I want to make that clear. The last time would have been a long time ago before I was even thinking about being a NASCAR driver,” Chastain said. “It flashed back in my head on the white flag.”

Chastain is now being celebrated in all circles of motorsports: the same driver who during this season of clashing with rivals was turned into a verb when Kyle Busch said “I got Chastained” after an on-track incident.

It was the fastest lap a stock car has ever run at Martinsville, which is celebrating its 75th anniversary this year. The track record was 18.954 seconds. Chastain’s final lap was 18.845 seconds and he was hurtling at between 50 and 70 mph faster than the cars he was sailing past as the wall guided him.

His competitors aren’t sure it should stay that way.

Hamlin crew chief Chris Gabehart noted “the tracks aren’t built with this in mind from a safety perspective. Someone could get hurt…. OUTSIDE the track.”

Kyle Larson tried a similar move at Darlington Raceway last year and has since wished he’d never set the example.

It’s not that drivers didn’t like the move — Chase Briscoe even tried it on a video game later Sunday night and complained when it didn’t work in make-believe — and Kevin Harvick noted Chastain would not have been successful if not for NASCAR’s new, durable Next Gen car. He also predicted NASCAR potentially outlawing such moves.

“My guess is that will be the only time you see this. But making a rule is always a feather in the cap!” Harvick tweeted.

Joey Logano even called on NASCAR to act before this weekend’s finale at Phoenix Raceway, where the championships will be decided in the Truck Series, Xfinity Series and Cup Series. NASCAR is already shrouded in Xfinity Series controversy after Ty Gibbs wrecked teammate Brandon Jones to win Saturday at Martinsville and knock Jones out of the playoffs.

“I mean, it was awesome, it was cool. It happened for the first time. There’s no rule against it. There needs to be a rule against this one because I don’t know if you want the whole field riding the wall coming to the checkered flag.”

Chastain, now a household name in the racing world, wasn’t sure what NASCAR might do about his experiment. All he knows is he’ll be racing Logano, Christopher Bell and Chase Elliott next Sunday for the Cup championship.

“I’m proud to be in this circus. I’m proud of my brothers and sisters that I go to battle with. They might get mad at me. It’s been wild to race against my heroes,” Chastain said. “The craziest thing is when they’ve been mad at me. I’ve had crew members be mad at me this year. That’s the most humbling experience that I’ve ever experienced.

“So having more acknowledgment or more smiles my way, whether it was because it was crazy or not, I don’t really care. I’m going to take it. I don’t get many from the garage. Just them acknowledging that, whether it was good or bad on their end, they acknowledged, they smiled, gave me a thumbs-up and I’ll take it.”

Teachers’ Unions Funneled $59 Million to Leftist Causes Despite 57% of Teachers Being Republicans, Independents