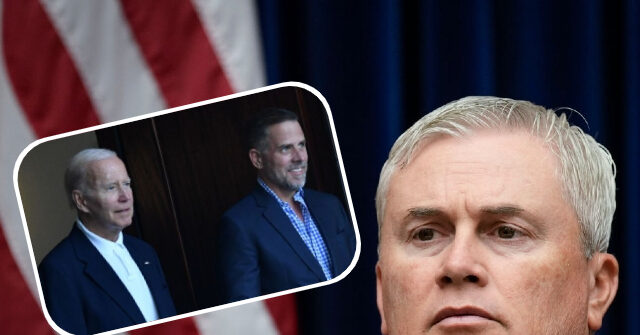 As Breitbart News reported in April, more than 150 of the Biden family business bank transactions were flagged by U.S. banks as suspicious. Those flagged reports were sent over to Yellen for further review to ascertain if the Biden family was engaged in wrongdoing.

The Treasury Department has a longstanding practice of disclosing the reports to Congress, but the Biden administration has prevented transparency, which raises “questions about a possible effort to hide the Biden network’s suspicious business dealings,” according to the Oversight Committee.

For years, wire transfers have been the tool of choice for money launderers. To mitigate the risks to the financial institutions, suspicious wire transfers over $10,000 are flagged for review. Wire transactions involving more than $10,000 are also to be reported to the Internal Revenue Service.

International wire payments, such as those to James and Hunter, are monitored by the Office of Foreign Assets Control to ensure the money is not a part of corrupt business schemes.

“We will also examine and make recommendations regarding federal laws and regulations to ensure that financial institutions have the proper internal controls and compliance programs to alert federal agencies of potential money laundering activity,” Comer wrote. “Accordingly, we make this renewed request for certain records and information in Treasury’s custody.”

“We believe that suspicious activity reports, which are bank violations when the bank notifies the federal government that we’re pretty confident that our client has committed a crime, Hunter Biden and Jim Biden have at least 150 of those,” Comer said. “And I’ve said this before, and I come from a strong banking background, I don’t think there’s anyone in the history of the United States that’s had that many suspicious activity reports.”

Comer is currently investigating the Biden family business for nine potential violations, including money laundering, wire fraud, and tax evasion. The probes are separate from the Department of Justice (DOJ) investigation into Hunter Biden for tax and gun-related violations.

Here’s why Elon Musk changed his name to Mr Tweet