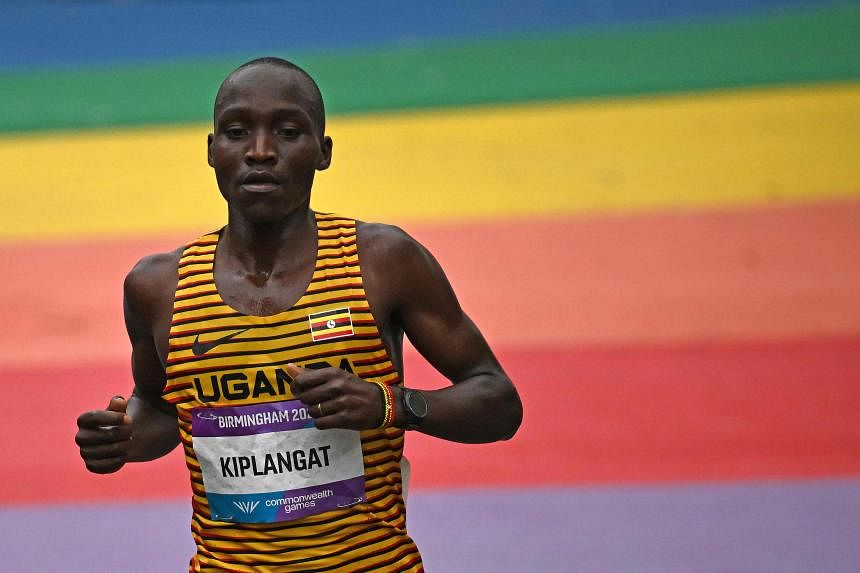 BIRMINGHAM, ENGLAND (REUTERS) – Uganda’s Victor Kiplangat took a wrong turn but still found his way to marathon gold at the Commonwealth Games, providing some late drama to what had been an uneventful race on Saturday (July 30).

After more than 40 kilometres of running through the twisting Birmingham streets, Kiplangat veered off course in the late stages but had built up such a commanding lead that the miscue did not cause any damage.

The 22-year-old was a comfortable winner in a time of two hours 10 minutes and 55 seconds.

Even with the little side trip Kiplangat crossed 1:34 clear of Tanzania’s Alphonce Simbu, dropping to his knees to give thanks in the finish area before grabbing a Ugandan flag and soaking up the cheers from yet another large Games crowd.

Michael Mugo Githae, a travelling reserve for the Kenyan team, was a late addition to the field and took full advantage of his chance to claim bronze just ahead of Australia’s Liam Adams, who had led much of the early half of the race.

Winning the gold medal was a memorable achievement for the 34-year-old Stenson, who contracted Covid-19 a month before the Games.

“Maybe it served me well – a bit of extra rest. I had two complete days off and then just jogged for the rest of the week,” said Stenson, who previously won two bronze medals.

“I did a half marathon a month ago and it didn’t go well. I had trouble with my breathing at 11km and that threw me a bit.

So today I was thinking ‘I have got to keep my breathing relaxed. I mustn’t think about the outcome’.”

There was celebration and heartbreak in the men’s wheelchair race.

The gold and the cheers went to England’s Johnboy Smith while it was despair for team mate David Weir.

Winner of six Paralympic gold medals and a six-time world champion, the 43-year-old Weir looked ready to add Commonwealth marathon gold to his list of honours when he sustained a puncture while leading.

“I was talking with my wife the other day and I said that if I had a big lead I could even afford to change a tyre.

“In the end I decided not to carry a spare… I should have gone with my gut instinct.”