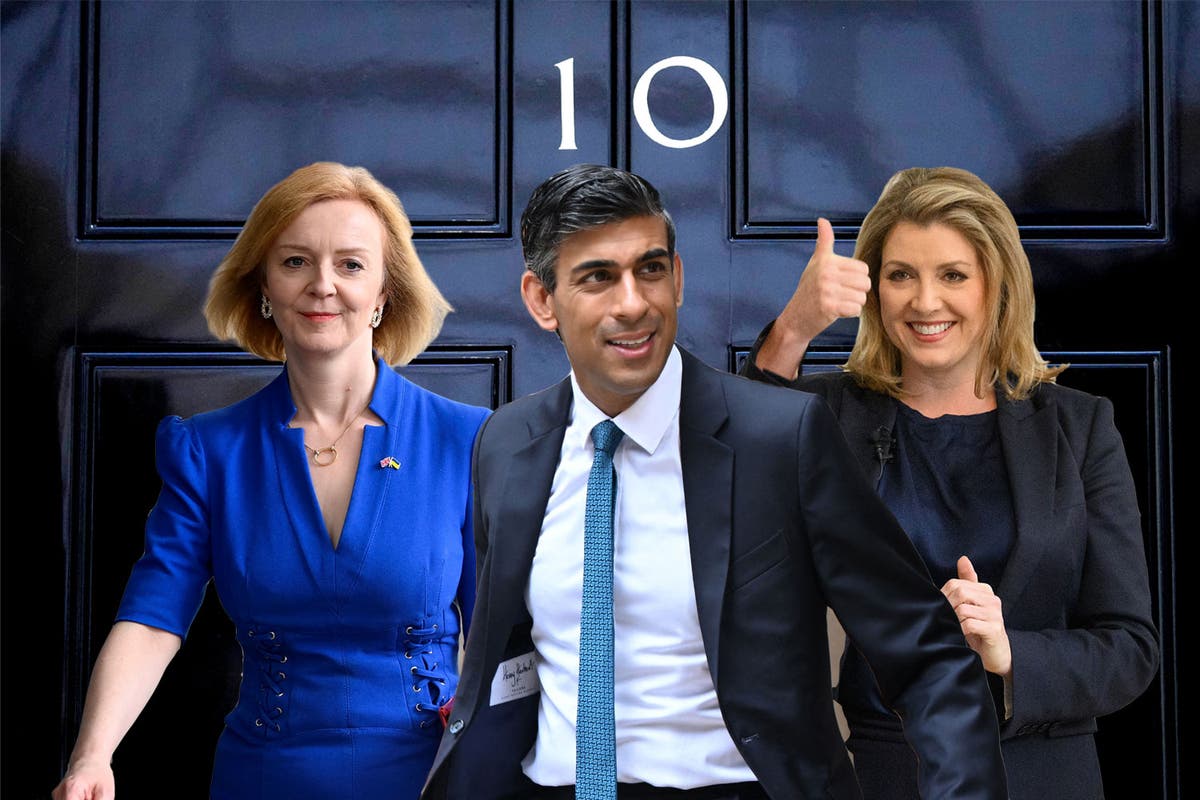 he battle to be Britain’s next Prime Minister is set to enter a frantic fortnight of campaigning to win crucial early votes.

MPs were voting on Wednesday to choose two out of Rishi Sunak, Liz Truss and Penny Mordaunt for a shortlist to be put to some 160,000 Tory party members over the summer.

The three contenders made their final pitches in the Standard to win over enough MPs to get them in the last two.

Once the final two are chosen, focus will quickly shift to next Monday when BBC One will host a live TV debate with the final two candidates, at 9pm, presented by Sophie Raworth.

MPs believe that many of the Tory members in their constituencies will watch this showdown and so it could have a pivotal impact on the contest if there is a clear winner.

They expect it to kick off a race to get early votes as ballot papers will go out in the week starting August 1, partly because of fears that the replies could be delayed by a threatened strike by postal workers.

Many Tory members will be heading off on holiday during August and are expected to swiftly cast their vote beforehand.

The first hustings is due to take place next Thursday, followed by around two a week, and the final one in London in the last week of August. Former chancellor Mr Sunak, who has been stressing his experience, vowed to lead a “responsible and honest government to steer us through tough economic headwinds” as inflation hit a new 40-year high of 9.4 per cent.

Foreign Secretary Ms Truss, who would bring in immediate tax cuts, pledged “boldness of vision and clarity of purpose” to get the economy “firing on all cylinders in London and the rest of the country”.

Former international development secretary Ms Mordaunt was standing as the “candidate of change” offering to bring “hope and optimism” and avoid a “toxic summer of Westminster in-fighting”, after TV debate clashes between Mr Sunak and Ms Truss.

The three contenders launched appeals to MPs to back them as the clocked ticked towards the final parliamentary vote on Wednesday.

Writing in the Standard, Mr Sunak, who went into the final round as frontrunner with 118 votes, said: “We are currently experiencing some of the most challenging economic times for decades.

“The country needs a responsible and honest government to steer us through these headwinds.”

Taking a swipe at Ms Truss’s pledge to reverse the rise in National Insurance contributions, cancel a planned 6p rise in corporation tax and cut £153 off energy bills by lifting the green energy levy, he added: “I would love to walk into Number 10 on September 6th and cut a range of taxes. But this would not help you, the British people.

“It would make inflation worse, and those who are suggesting otherwise are not being honest with you.

“I will cut taxes before the next election, but not before we have got inflation under control and grown the economy.”

He also stressed that he had “delivered when the country needed it most” with the jobs-saving furlough scheme during the Covid pandemic. But Ms Truss, whose campaign gained momentum in the last round when she gained 15 votes to reach 86, hit back.

“Now is the time for boldness of vision and clarity of purpose,” she said.

“My plan is based on tax cuts, deregulation and tough reform to help working people with the cost of living and get the economy firing on all cylinders in London and the rest of the country.”

She insisted that if she enters No10, her government would be “fiscally responsible” with a “tight grip of our national finances”.

Trade minister Ms Mordaunt, who gained 10 votes yesterday to reach 92, sought to distance herself from the other two candidates, stressing that she is the “candidate of change”.

The Royal Navy reservist stressed: “We need change, but we also need hope and optimism.

“I want the chance to put myself before the membership of my party to avoid a toxic summer of Westminster in-fighting.

“I want to say to the party that I have a plan to make this country better, I have a team around me on whom I can rely, and I have an absolute dedication to service that comes from my background and experience.”

The shortlist of two will almost certainly be decided by how the 59 supporters of Right-winger Kemi Badenoch split, who surprised with the success of her campaign but was knocked out on Tuesday.

The contest was plunged into mystery and allegations of tactical voting, after Ms Truss gained 15 votes in the fourth round which saw the carve-up of 31 votes which had gone to soldier-turned-MP Tom Tugendhat who was knocked out.

She had not been expected by many MPs to gain such a level of support from Mr Tugendhat’s supporters, more of which were thought to be going to Mr Sunak, who only put on three votes on Tuesday.

Former minister David Davis, a backer of Ms Mordaunt, accused Mr Sunak’s allies of “reallocating” votes to Ms Truss because he believes he can beat the Foreign Secretary in the run-off. Mr Sunak’s team strongly denied that they were behind such tactical voting, but it was not clear if some of his supporters had acted independently.

In a further twist this morning, Ms Mordaunt swiftly deleted a tweet that stated her leadership rivals would “murder” the Tory party. She shared a link to a newspaper article supporting her leadership bid with the caption: “Tory MPs — vote for Rishi Sunak or Liz Truss today and you’ll murder the party you love.”

What is the Little Miss meme?