Conservative leadership race: Tory party doesn’t trust first past the post, so why should we? – Alex Toal 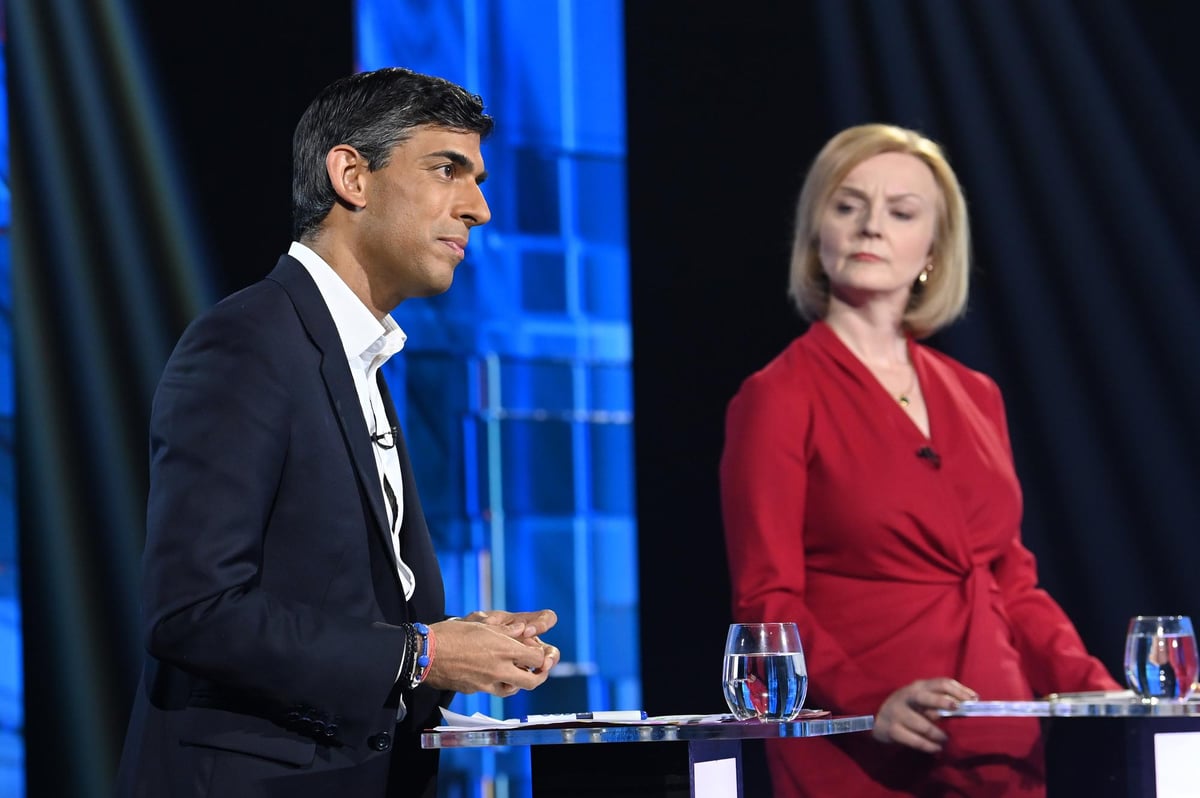 Conservative party members will choose between Liz Truss and Rishi Sunak for their next leader (Picture: Jonathan Hordle/ITV via Getty Images)

Narrowing down eight candidates to two has been a long process, with several ballots at which the least popular contenders have been knocked out. It is a far cry from the first-past-the-post (FPTP) system used for general elections, where a candidate can be elected with as little as a quarter of the vote, as long as they receive one more vote than their competitors.

FPTP is already a democratic disaster: 71 per cent of voters could not impact the outcome of the last election, and most people are trapped in safe seats, where any candidate with the right colour rosette is elected.

Meanwhile, there is a clear logic to the multi-round system used by the Tories. It allows the party to come to a consensus about the most popular candidates, and a large and diverse field to stand without the fear of splitting the vote.

In contrast, FPTP is unusual in its ability to waste votes, and incentivise candidates to maximise a narrow base of support rather than reach across the electorate.

While Conservative MPs are happy to use this multi-round system to pick their party leader, they don’t think their constituents deserve to subject them to this level of scrutiny. While most political parties support the introduction of proportional representation (PR) to Westminster elections, the Conservatives are one of just a handful who support FPTP.

FPTP fails to represent the broad spectrum of views in a multi-party system, as recent results in Scotland well show. While the Scottish Parliament, elected under PR, shows the broad range of opinions across the nation, Scotland’s Westminster delegation is considerably less proportional, with the SNP winning 81 per cent of constituencies off 45 per cent of the vote.

Even though they benefit from FPTP, the SNP are one of the most vocal supporters of electoral reform in Westminster. After all, countries with proportional systems enjoy lower income inequality, more diverse parliaments, and greater environmental protections. With such benefits, changing the voting system is simple common sense!

The decision of Conservatives to support FPTP is most likely simple interest politics. Their 60-seat majority was won with just 44 per cent of the vote and, in a more proportional system, the majorities of Johnson, Cameron, Major and Thatcher would not have been possible.

However, this leadership ballot shows the compelling case for ending FPTP for good. If FPTP had been used to select two candidates from the first ballot, Rishi Sunak and Penny Mordaunt would have been picked despite 57 per cent of MPs wanting a different candidate.

Whoever is elected Conservative leader should take heed of the growing movement for PR inside their own party. More and more Conservative MPs and members of devolved legislatures are calling for electoral reform, including Tory MSP Murdo Fraser.

Ending FPTP could offer a future Prime Minister a substantial legacy for modernising our democracy, not only delivering better politics, but better policies across the country. After years of division and loss of trust in Westminster, it would certainly be worth a shot.